Return of the Governor of the Province of North-Kivu: Joseph Kabila changes strategy! 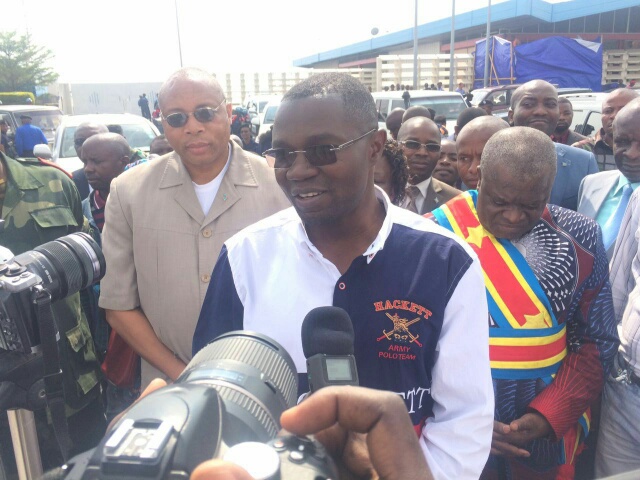 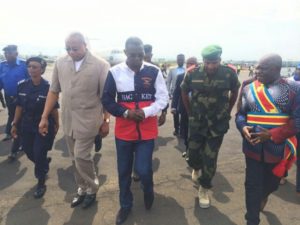 This September 10, 2016, Julien Paluku returned to his province after 21 days of absence, for rest, according to his words after getting off the plane.

Benilubero Online welcomes his arrival and wish the governor a safe return to his province. In our edition of September 5, 2016 , we alerted the national and international opinion of the plot that Joseph Kabila was finalizing to put fire in North-Kivu, with his determination to replace Julien Paluku by one of his relatives, Mr Bertin Kirivita, an extremist Hutu very close to the services of the Rwandan intelligence, from Serufuli and Seninga.

We finish our edition with these words: Thus benilubero online appeal to all politicians in the DRC, whether from East or West; North or South, to wake up from their slumber and make the security situation in North Kivu a priority! For without North-Kivu and Ituri, DR Congo will no longer exist. In the same angle of ideas, dialogue, which applies only to elections but without the Kivu and Ituri on the menu, the problem of genocide of Nande « YIRA » in Beni and those unknown immigrants in the Great-North and in Ituri is a mountain that gives birth to a mouse.

Kabila in Goma! Bertin Kirivita in Rutshuru! Fall Sikabwe in Butembo-Beni! Mundos in Eringenti and in Ituri! A true Tsunami with tragic consequences that already hovers in the sky to the east of the Democratic Republic of Congo!

Our cry was heard and the first trap was dismantled! Joseph Kabila was surprised and was found unarmed, thanks to the information that benilubero Online had delivered to the national and international opinion. But do not celebrate victory right away! Let us remember others’ return like that of the late governor of Equateur Louis Koyagialo, of Mr l’Abbé Malumalu, etc …

Benilubero Online, for strategic reasons of our struggle, will not deliver the hidden reasons of this return. 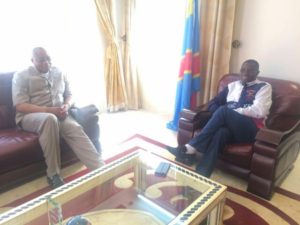 Yes, the time has come for all inhabitants of North-Kivu, in particular! The time of the examination of conscience and true repentance! Yes, it’s time to regain the love of our people long forgotten for personal interests. Do not be afraid to introduce ourselves to our people like the prodigal son! The people will welcome you!

And besides, the governor himself in his first statement to the press said:

« The call I would make to the population of North-Kivu and the DRC. We must all work for peace. We fight for power. But when I do the anatomy of power, I consider that the problems for which we are fighting have preceded us before our birth. These problems exist while we’re here and these problems will be there after we will be there. It means we have no interest in having to fight for the interest of power;. Because before they were, with us they are, after us they will. Then why fight for the issues that came before us who are with us and will stay after us. This is why I say instead of fighting unnecessarily, let us focus on building peace those who come after us will find the problem. They will do their part, as we do our part … Julien Paluku must cease to be confused … with the Institutions of the State … «

You can listen to all of this declaration in this audio:

This statement sounds like the end of a reign but also a message to the people who must continue their struggle for liberation, because the DRC has never enjoyed freedom and happiness, despite the many speeches of politicians. Yes, says Julien, « But when I do the anatomy of power, I consider that the issues for which we are fighting have preceded us before our birth. »

« It is thus understood the grave danger of any extension to the power of Joseph Kabila. Congolese worthy of the name must reject any form of transition. Indeed, given what is happening in Kivu-Ituri, any transition beyond December 2016, would allow time and resources to the Congolese government which is, obviously, an accomplice of the current Rwandan occupation of Kivu- Ituri «