African-Americans involved in the looting of the D. R. Congo 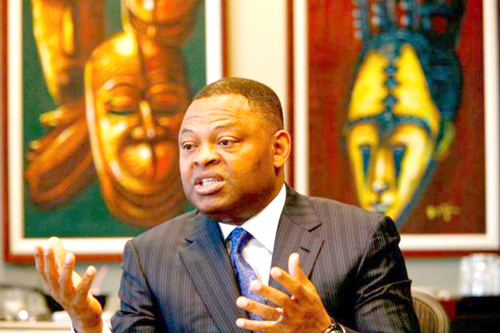 U.N. report says  Kase Lawal, african-american and  executive organized illicit gold deal in which he was to receive 40 percent of the profits of the gold’s sale. Congolese veteran Basketball player Mutombo Dikembe, Gen. Bosco Ntaganda, a Kenyan attorney, etc. were also involved in the deal at some point.

Kase Lawal, the politically connected head of a local energy company who also serves as a commissioner on the Port of Houston Authority, was the main organizer of an illicit gold smuggling operation that went awry last February in the Democratic Republic of Congo, according to a United Nations report on the nation’s natural resources and their misuse by various militia groups.

Lawal, chairman of CAMAC International and a prominent Houston philanthropist, used company money to finance a scheme to take approximately 475 kilograms of gold out of Congo for resale despite a national ban on gold exports, which often have been used to finance paramilitary activities and ethnic strife, stated the report, which was publicly released last week. The scheme originally called for the transaction to be conducted in , where the export of gold is legal, but was belatedly moved to , at the insistence of the sellers.

Lawal is reputed to be one of the nation’s richest African-Americans, parlaying a chemistry degree from Texas Southern University and an entrepreneurial bent into a billion-dollar company and a place on numerous boards and commissions, including trade advisory groups for Democratic and Republican presidents.

The proposal for buying the gold originally came from Dikembe Mutombo, a retired NBA star who played for the Houston Rockets for several seasons at the end of his 18-year career, the report says. Mutombo was born in and is involved in a number of humanitarian projects there, including a hospital. His motivation, those involved said, was to help fund some of his projects.

Lawal involved a family friend, Carlos St. Mary, as a facilitator and go-between among various parties involved in the scheme. St. Mary hired a Kenyan attorney to prepare paperwork and arrange inspection of the gold in . When time came to complete the transaction, Lawal sent his brother, CAMAC executive Mickey Lawal, to on a CAMAC corporate jet along with St. Mary and security personnel. Also on board were bags containing about $6 million in cash.

By this time, Kase Lawal had learned that the actual owner of the gold was Gen. Bosco Ntaganda, the leader of a military faction in the Kivu province that is home to much of ‘s mining industry. Ntaganda was indicted for alleged war crimes by the International Criminal Court. At the time, Ntaganda denied any involvement in the gold deal.

« According to St. Mary, Ntaganda introduced himself as the true owner of the gold and promised to obtain all the necessary paperwork, » the U.N. report states. « St. Mary told (investigators) that both he and Mukaila (Mickey) Lawal had informed Kase Lawal about the General’s ownership, providing his name. Nevertheless, Lawal was concerned only to the extent that this presented another twist in the already convoluted deal. »

The jet was prevented from leaving and St. Mary, Mickey Lawal and several others, including the plane’s crew, were detained in the eastern city of for more than a month while authorities investigated the transaction. The bags of cash that had been given to Ntaganda were turned over to government officials, but the money had been replaced by obviously counterfeit bills, according to the report. St. Mary and others were charged with money laundering, among other crimes.

The crew and airplane were released in mid-March after various « fines » were paid. U.N. investigators claim that Lawal, who did not cooperate in the investigation, ended up paying more than $30 million to extricate himself and his intermediaries from the mess.

Efforts to reach Lawal for comment were unsuccessful. A spokesman for the company offered a brief statement: « CAMAC is a law-abiding company and we disagree with the representations made in the report. We have already answered questions on this and see no reason to address it further. » In a statement released last year, after the detainees and corporate jet were allowed to leave by authorities, the company also stated it had done nothing wrong and that it had no financial interest in the gold transaction.

The U.N. report, however, claims that Lawal supplied the money for the venture and was to receive 40 percent of the profit when the gold was sold.

St. Mary said in a brief interview Tuesday that all involved in the purchase of the gold believed the deal was legal.

« We all acted to put together a legitimate deal, » St. Mary said. « We all went there with that intention, which is why I went to see a lawyer and the ministry of mines. I’ve known (Kase) Lawal for 31 years. Anything that seems like it’s going to be a public detriment to him, he’s going to walk away from. He wants no part of public scandal. »