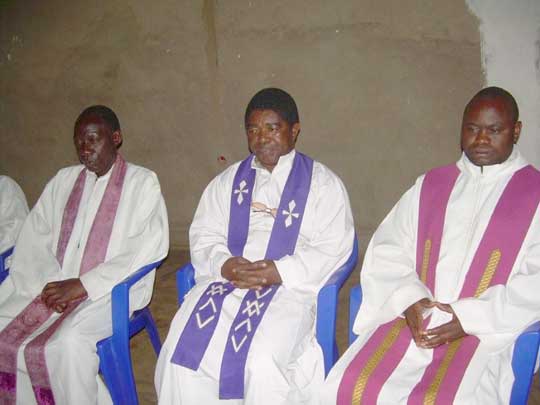 Two Catholic priests were abducted this night of 16 to 17 July 2017, around 10 pm from their convent at the parish of Bunyuka. They are Mrs. Abbot Charles Kipasa and Akilimali, from the Diocese of Butembo-Beni.

This act of kidnapping was accompanied by the looting of two vehicles, two motorcycles and several goods of the parish which the assailants had the chance to embark in the two vehicles found on the spot. This horrible scene took place on the night of the same day that the parish had just celebrated its parish festival.

Already early this morning, the National Revolution Movement (MNR) has sought to clarify the views that it is not involved in this despicable act by strongly condemning the abduction that targeted these two servants of God.

It is worth recalling that the coup carried out by this act of kidnapping recalls another case of the kind that occurred on the night of 19 to 20 October 2012 in Mbau by the kidnapping of three Assumptionist Catholic priests missing up to to these days, whose pain is still felt through the diocese of Butembo-Béni.

After the abduction, the bell was sounded at once. Many Christians came to the presbytery. They are still there until the time of writing.

Meanwhile, it is learned that the two vehicles of the parish were found, abandoned in Graben on the road of Karuruma. And excavations continue in this bush in all directions.

Witnesses indicate that the assailants were in military uniform. Would this be a first attempt at intimidation against the Church for her last message asking the people to stand up and take charge?

Here, or elsewhere in the Democratic Republic of Congo, the Catholic Church is right to complain about acts of sabotage, insecurity, desecration, targeted attacks, etc. On the part of the armed men often sponsored by the power in place.

Unfortunately, power risks to give people the opportunity to rise up with these acts of barbarism against their pastors.
If necessary, the population of the region should increase its viligance to find the network of thugs who have committed this despicable act in the parish of Bunyuka. This is more than ever a reason for having to stand firmly for self-management.