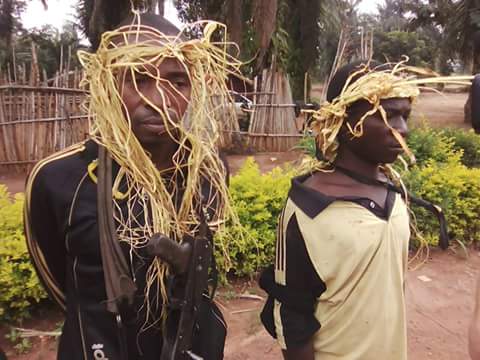 A climate of panic seized the city of Butembo, a Mai-mai chief who had caused so much desolation to the civilians and the governmental army in Beni, but also to Rutshuru and Lubero, suddenly reappeared in Butembo. Kava wa Seli, known as the co-founder and commander of the Eucumenical Forces for the Liberation of the Congo, FOLC in acronym, a Mai-mai group that had been created under the auspices of the current governor of North Kivu Province, and first established its headquarters in Nyamilima (Binza group) in Rutshuru territory in 2008, before moving later to Beni (at the end of the CNDP rebellion in North- Kivu).

The presence of Mr. KAVA WA SELI in the town of Butembo, worries at the highest level the living forces (social, political, and religious leaders) in view of the speculations that circulate about his obscure mission in the region. In addition, this anxiety is reinforced by the alert made by the person who found his hiding place at a hotel in the Katwa district; because this informant considers to possess data which demonstrate the dangerous nature of the present mission of this Mai-mai in place. Indeed, Kava wa Seli would be on a kidnapping and assassination mission of some people listed in advance among civil society leaders, political and religious as well.

Kava wa Seli is dangerous because he is always in connection with the network of Mai-Mai traitors in which is found the enfamous « chameleon » LAFONTAINE. In fact, it was Lafontaine who once provided him with the human and material means that allowed the FOLC to set up their activities in the greater North Kivu (after closing the Nyamilima staff). It was on the basis of this support from Lafontaine that Kava wa Seli and his FOLC men attacked the Kasindi border crossing and then led the sad exploit of Nyaleke’s carnage. The present procrastination of Lafontaine is well known to all. This is even the reason for his retrenchment with the bloody Colonel Bisambaza in Uganda. However, given that access to the land is becoming more and more difficult because of his support for the executioners who slaughter his brothers in Beni and Lubero, it seems likely that Kava wa Seli was chosen to ensure the continuity of their Machiavellian common work . This is how Seli’s current presence in Butembo is as formidable as the intrusion of a viper into the house.

The Congolese authorities are truly special in the handling of criminal cases. It is one of the few countries that turn the law upside down. It is the world of impunity, where pretended justice rushes on innocent people and works to launder the guilty by all sorts of maneuver. On the other hand, Kava wa Seli was supposed to be in prison immediately after the carnage he had organized against the soldiers of the military center of Nyaleke and their dependents (wives and children), which had earned him a public judicial conviction in Beni. Here he returns triumphantly, invested with new power by the regime which, through this single act of leaving free, demonstrates all its complicity alongside the criminals, terrorists and barbarians who eternalize a colony of insecurity in the country.