America: Sliding from Democracy to Corporatocracy? 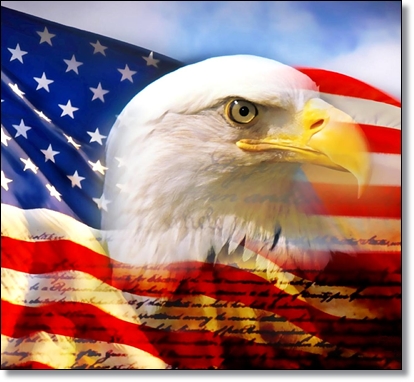 No government can be perfect, because all governments are composed of humans, especially those humans most attracted by power and profit. This begs the question: Does power attracts morally corrupt people or does power morally corrupt people? Nowhere is this question more pertinent than the global bastion of democracy and power – America. Over the past half century, America’s power has waned and she has descended from popular democracy to corporate dictatorship.

America has experienced a fundamental shift of democratic power from the man on the street to the men on Wall Street. All the while, the American elite and their indentured politicians are losing legitimacy.

The morally bankrupt inner workings of a corporate dictatorship are fiendishly simple: A slice of corporate profit goes towards funding political campaigns, in return for guarantees that losses will be booked on the taxpayer’s account. Heads, we win; tails, taxpayers lose.

Therefore, there is little moral or material difference between Las Vegas and Wall Street: The average Joe loses and the house always wins. However, in both New York and Las Vegas, winnings are privatized, but in only one city are losses born by the taxpayer.

Zero bankers went to jail for casino-like leveraged bets, that almost wrecked the economy, and yet nine hundred and seventy two people were arrested for speaking out about it.

In fact, over the last few years, the top 30 American companies spent more money on lobbying politicians than they paid in federal taxes, according to a report from the non-partisan reform group Public Campaign.

The American people want jobs from these companies, but Wall Street wants higher priced stocks. This forces American firms to offshore the jobs to countries where labor is cheaper.

Electorally, America is a two-party dictatorship whose gerrymandering and blockage of third parties from ballots and debates, results in most electoral districts being one-party fiefdoms. Democracy in America is merely an exercise in allowing people to decide who will be the next CEO of the nation’s Corporatocracy. The President’s major shareholders are the military lobby, the Israel lobby, the Pharmaceutical Lobby and Wall Street. The President only turns to the people of America once every four years to sew him a cloak of democratic legitimacy.

Nothing threatens America’s elites more than truth. For their perch in society is predicated on a lie: « without [we the] haves, there would be more have-nots. » As it stands, the President and CEO of America’s corporate regime is a President for both the haves and have yatchs. However, what the have-nots – who form the 99% underclass – need is a grassroots revolution, a fundamental transfer of power from the corporatocracy back to the people.

The tentacles of corporate dictatorship are successfully peeling away democracy in elections, government and finance. Now they are rolling back freedoms and human rights. When an empire runs out of gold coins at home and is down to the last arrow in its quiver abroad, it turns to the spear. Legalising torture, indefinite detention, Guantánamo Bay and draconian privacy laws are just the tip of said spear.

Corporatocracy camouflaged as democracy at home and plunder masquerading as humanitarianism abroad. When a nation is run as a corporatocracy, her relations with other nations will naturally be profit driven. To a corporate dictatorship the cost of war is profit. Recent wars in the Middle East have cost the average taxpayer trillions of dollars and lost sons and daughters. But the wars have raked in billions of dollars for Washington’s military industrial complex.

In-fact, more than 70 American companies and individuals have won up to $27 billion in contracts for work in post-war Iraq and Afghanistan over the last three years, according to a recent study by the Center for Public Integrity.

According to the study, nearly 75 per cent of these companies had employees or board members who either served in or had close ties to the executive branch for Republican and Democratic administrations, for members of Congress of both parties, or at the highest levels of the military.

How then gentle reader do Americans turn “we the corporation” back into “we the people?”

Who will liberate America’s people from the stranglehold of vile corporate dictatorship and bring democracy? No one. This is one revolution that young Americans, with dwindling job prospects, spiraling student debt and no health care, will have to fight without foreign intervention.

The author is a research scholar at Harvard University’s Faculty of Arts and Sciences.