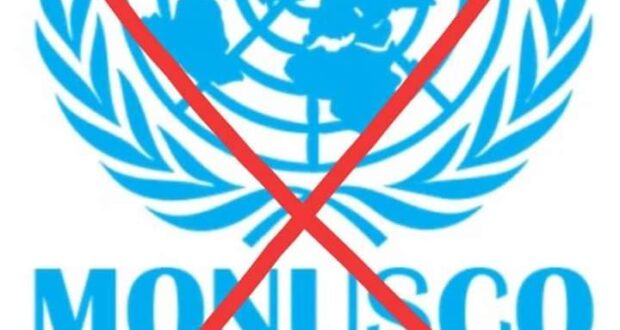 In reaction to the demonstrations for the departure of MONUSCO, triggered after several massacres in Beni, officials of the UN mission met with several personalities, community and associative leaders and authorities. In Kinshasa, Beni, Butembo, Goma and Bunia. The UN force was keen to give its share of the truth about what is happening on the ground. Here is what was reported to us from direct sources:
« What is happening in Beni is not us, MONUSCO, it is our partner: your government and your army. What is happening in Beni is genocide.

« We came to the Congo at the invitation of your government, but we have to tell you that we have been trapped. We know who is killing in Beni, each time they kill, where they kill and with whom they communicate. We have far more information than you know and will be able to bring them to justice if the opportunity arises. We have drones and satellite images. We know who is killing, how they are moving, where they are positioned and when they are killing.
« To give you an idea of what is going on: ask yourself why the FARDC officers, with whom we defeated the M23, were killed as soon as we arrived with them in Beni. Ask yourself why the Congolese government does not want to get rid of officers accused of crimes and targeted by international sanctions. Ask yourself why your government does not organize a national mourning.
« In all the countries where we go on mission, and where people are killed, governments organize days of national mourning and actions of solidarity with the victims. Do you know why your government is not doing this? « What is happening in Beni is pure genocide. It is the work of the former government and its legacy, and it continues to this day. Things are likely to get even worse.
« Your army is controlled by outside forces. We see officers and soldiers arriving in Beni who hide their identities. They operate and then they disappear. Who organizes these secret missions within your army?
« We provide food rations and fuel. But we are surprised to find these same rations in the hands of the enemies that we claim are in combat with our FARDC partners. Who is providing our supplies from the FARDC to the enemy forces? Why are our FARDC partners doing this?
« It is not only the civilian population that is being killed in Beni. Our Tanzanian peacekeepers have also been killed by a force that we considered to be a ‘friendly force. We have lost Malawian peacekeepers and our engineers.
« We have also seen FARDC soldiers die, sacrificed by their own hierarchy. We have had tensions within the FARDC that sought a military confrontation with us. We were forced to shoot the perpetrators of the massacres to stop the killings, but all these killers were wearing FARDC uniforms.
« After checking the corpses, we found that they were FARDC soldiers. We are in partnership with the Congolese government and the FARDC on the ground, but we can’t tell the difference between the FARDC, a friendly force, and the assailants who are massacring the population wearing the same uniforms as the FARDC in the same operational areas. « Who provides the same uniforms to the FARDC and to the perpetrators of massacres?
These uniforms do not come from MONUSCO’s controlled stocks. Ask your army: who is supplying these FARDC uniforms to the enemy forces and who is actually complicating our work on the ground? « We have taken the measure of popular anger and we will put in place new ways of working to carry out our missions, but you must also address your government. Our mandate is to work in partnership with your government and your army, but we are put in trouble when we are trapped by our partner.

This is more or less what we were told by direct sources in contact with MONUSCO officials in Beni, Butembo, Goma and Kinshasa. MONUSCO officials admitted that they understood the exasperation of the population and the calls for the mission to leave made by grassroots organizations, including those with whom they met to deliver these ground truths. The question was asked as to why MONUSCO contacted Joseph Kabila.
The answer, according to our direct sources, is that, according to MONUSCO officials, « Kabila is among those responsible for what is happening in Beni. MONUSCO has announced that it will also meet with Felix Tshisekedi. Regarding the word « genocide, » MONUSCO officers did not single out one ethnic group as being responsible. They spoke of « the former power and its legacy.