Beni city: Strong tension after the horror of the massacres of this night … 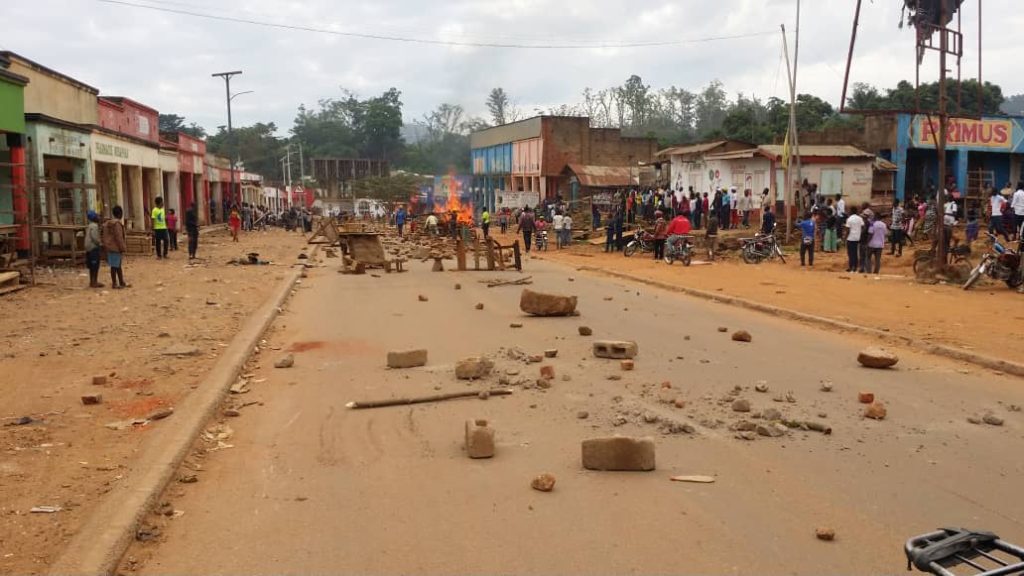 Cries, disappointment, and desolation! This is the illustration of the event that characterizes Beni in this day, following the pains of the tragedy of the massacres of that night in Sobiede, Buili and Taliata
CRIES in relation to the number of killed all civilians including old mothers and people who have failed to get out of their homes.We counted 10 dead.


DECEPTION because it is next to the FARDC military position that these compatriots were savagely killed. there are only 3 parcels separating the military position from the center of Sobiede where the attackers circulated like fish in the water.

DESOLATION No provision to prevent the enemy from operating soon. The reinforcements of the 9 armored cars of Monusco who spent the night were not to rescue the population in distress but rather to strengthen their position in the camp which is not far from the place of drama.

Faced with this situation SOBIEDE empties itself of its occupants who believed to be secure by the presence of the FARDC but very disappointed by what they lived. By the way, no later than 4pm, General FARDC decided to step foot from the CINQ position to the Okapi Palace Hotel, accompanied by a hundred soldiers. This parade first of its kind had yet reassure the population of SOBIEDE who thought himself secure. Others even claimed to believe that these were the soldiers who were back. Confusion maintained by the same outfit worn by the attackers and the FARDC. They had the same protective vest as the FARDC, as evidenced by the survivors of the drama of the night.

Also, the tension has risen among the population of the city of Beni who, to show his anger, throwing stones against all the FARDC soldiers and MONUSCO soldiers in circulation, the roads being barricaded a little all over.