Beni: Here’s how the FARDC disguise themselves in ADF 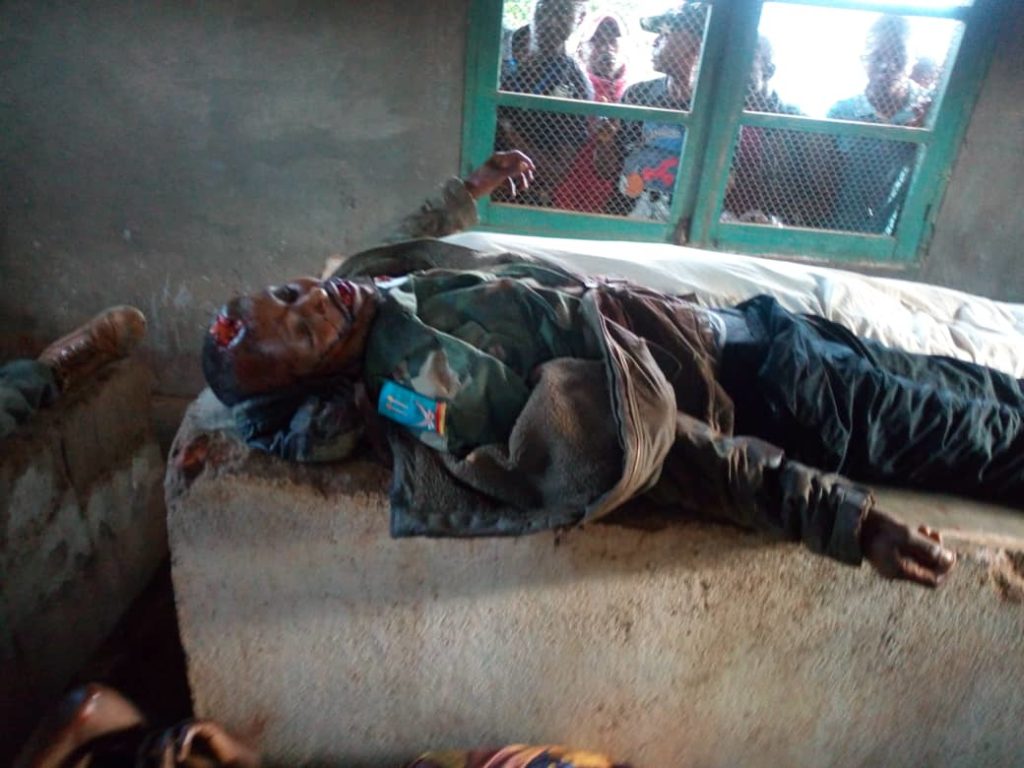 When we report that in Beni, they are not Ugandan rebels of the « Allied Democratic Forces », ADF in acronym, many people think that it is simply a fable, or the blackmail of an exasperated people by resentment towards the regime in place. In addition, there are no Islamists waging a Jihad war in the DRC, except that a staging that a regime that was brought to power by the generosity of the people takes pleasure in mounting sadly against the latter just because of the ambition to perpetuate its disastrous and scandalous management.

The evidence we are showing here is a shame for the Congolese government, which continues to lie to the Congolese people and the world about the identity of the killers of civilians in Beni. It is also a shame for the international community, in this case the United Nations, which claims to be an institution committed to civilizing the world, among other things by affirming the meaning of human rights and respect for human life, then that it is silent in a complicit manner and does not do anything in front of the scale of the crimes committed in the Democratic Republic of the Congo in general, but in Beni-Ituri in particular: no international investigation, no sanction against the regime responsible for said crimes nor constraint can help put it out of harm’s way.

We can not say it enough, Joseph Kabila had a part of the FARDC in ADF to massacre his own population by lying on behalf of the ADF and Islamists. The new evidence brought by the local population today is irrefutable. These « ADF-FARDC » attempt to hide their identity by wearing civilian clothes (jeans or training) over their Congolese army military uniforms. In addition to their rifle, add white weapons, especially the machete to cut their victims The image opposite says it better. It is the people who unmasked the FARDC in the midst of massacre, plunder and malicious destruction on behalf of the ADF.

What interest would Ugandan rebels really have in slaughtering peaceful Congolese civilian populations? No, they would have absolutely no reason to do it; because, even if they needed to unload, they are only a step away from Ugandan territory where they could attempt all sorts of sabotage, if they wanted to. The Congolese government and those who represent it on the ground in Beni and Ituri really have something to justify to both national and international opinion.