Beni, the city where humans no longer count 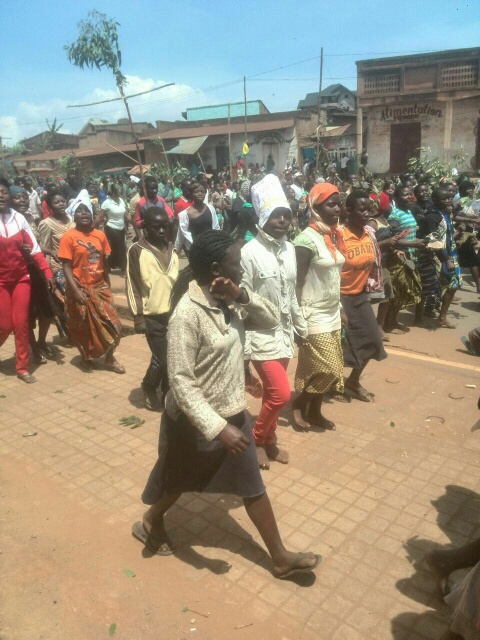 At first glance, the general atmosphere is not open to hope! The feeling of fear invades the minds of « benitiens ». Women, children and men are slaughtered; houses are burned. All these devastations are a notorious indifference on the part of those who are expected to assume security … Horror! There is no more life, or at least it has become commonplace to die murdered. Not a week goes by without making losses of human lives.

This Wednesday, September 21, 2016, « suspected ADF rebels have once again overshadowed the town of Beni […] They raided the city at the Kasinga neighborhood in the town of Ruwenzori. According to residents of the same area, it’s around 19h […] that the rebels began their operation. The still provisional balance is that of 7 people killed, among them 3 women, 5 others reported missing and dozens of houses burned. This report put forward by civil society is confirmed by the local administrative authorities. » (. Cf. Radio Moto Oïcha Published on 22.09.2016; 10:19 ‘)

As the days go by, the more this situation is experienced as a fatality… People suffer gruesome atrocities without knowing the ins and outs of these ravages. The people are manipulated, it has become a tool, a means that the tyrant uses for its own purposes. They laugh at the lives of these women raped, these murdered children and these men kidnapped. For the tyrant, the life of these humans does not count. His interest is elsewhere, although it is reached through the blood of humans. What matters to him is the plunder of resources, keeping in power beyond the constitutional deadline.

By contrast, the tyrant and its partners are unaware that this situation that’s been going on for years is fueling hatred between peoples. This hatred is more dangerous than a bomb. For this bomb to not explode, it is perhaps time and urgent to make the situation in the East of the country a priority for the whole nation. It is surprising that the dialogue of Kinshasa gives importance to the revision of the electoral roll at the expense of lack of justice for victims of violence in the East of the country.

It must be said, the country rushes into a dizzying chaos we sadly see. Everyone is tired of hearing or reading of genocidal massacres without any serious action output is considered. The primary wish of the people is precisely to see that important investigations are initiated to ensure justice … Justice is still the foundation and source of lasting peace for the Great Lakes regions.