Beni: « These FARDC no longer reassure us, » said the population to students visiting the town of Rwenzori ! 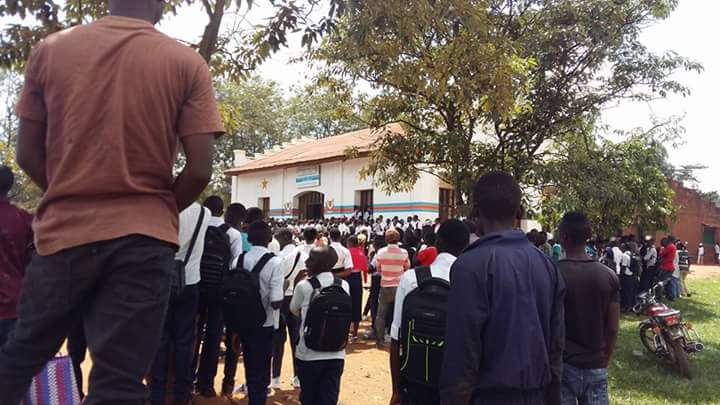 In response to the Beni students’ recommendation for the temporary relocation of the Beni City Hall and Ruwenzori commune to Buhili cellule, the Ruwenzori municipality, together with the local security committee, invited the students to an overall descent. in the insecure areas of the commune in order not only to become acquainted with the security status of these areas and the security measures put in place by the security forces after the attacks of September and October 2018.

Thus, on October 18, 2018, on the call of the coordination interestudiantine of Beni, several thousands of compatriots, students and inhabitants of the commune ruwenzori essentially, left the office of the commune Ruwenzori until the districts Boikene and Paida precisely with Bel air, Munzambaye, Sobiede, Buhili, Kasinga and Talyata.

With the municipal authority of the Ruwenzori that we thank, we witnessed the total abandonment of two neighborhoods (BOIKENE and PAIDA) by the population. These completely calm and deserted avenues, these plots full of grass, these houses about to give up, moved us all.

We were also dismayed by the systematic looting of houses abandoned by the population in certain entities. This cynical attitude of men with a heart of stone has disgusted us so much.

We also learned about the security arrangements put in place by the FARDC and MONUSCO in the vicinity of the Ruwenzori commune.

We talked to the people who are still resisting in the abandoned areas and the soldiers engaged on the front line in Kasinga.

In light of the elements collected during this descent, we are able to confirm that:

1. Bel Air, Munzambaye, Sobiede, Buhili, Kasinga and Paida cells are completely abandoned by the population. The other neighborhoods of the town are partially inhabited just the day.
2. The FARDC has established new positions around the commune to secure it further without, unfortunately, attaching sufficient staff.
3. The inhabitants of the abandoned entities of the Ruwenzori commune are very suspicious of the FARDC because they are difficult to dissociate themselves from the killers by their outfits and morphologies for some. Residents would feel safer by seeing MONUSCO (FIB) than the FARDC.
4. Some FARDC soldiers, the real ones, are skeptical about the true role of their brothers in arms and especially elements of MONUSCO. They believe that the reinforcement of the enemy in weaponry and strategy would go through other FARDC soldiers and elements of MONUSCO.
5. The soldiers engaged in the front line also engage in the charring of the woods, which makes them ineffective against the attacks of unexpected times of the attackers,
6. Children of abandoned entities can not reasonably be called back to school. It’s hypocrisy and cynicism.

After the descent, we can not honestly say that the peripheral entities of the city including Bel Air, Munzambaye, Sobiede, Buhili, Kasinga and Paida are sufficiently secure to allow a return of the population. The defense mechanism previously put in place by the FARDC and MONUSCO is not likely to reassure the population to return to these entities.

The erection of the military camp around the Ruwenzori commune and the reinforcement of these men should continue. It is also important that soldiers of dubious nationality be relieved from the front lines so that the population and some FARDC, who legitimately think that these, because of their morphology and their behavior, are killers are reassured. It is also important that the mayor of the city and the bourgoumestre of the Ruwenzori commune temporarily set up their work and residence offices in the Boikene district, in Buhili cellule, in order to follow the situation more closely and reassure the local population to return to their residences. .
It is at this price that we can really secure the Ruwenzori commune and hope to encourage the population to enter the abandoned entities.