CELEBRATION OF FOUR YEARS OF THE KIDNAPING OF THREE ASSUMPTIONIST PRIESTS OF MBAU.

It's been four years, day after day, since that sad night! Negative feelings accumulate. But we must continue to sow Hope of which these fathers are witnesses. (…). It is in this temperature that the congregation of the Assumptionists in Africa celebrate the sad anniversary of the kidnapping of three of its priests, Fathers Jean-Pierre NDULANI, Edmond KISUGHU and Anselm WASUKUNDI, painfully removed from their tenderness the night of October 19 to 20, 2012, in the convent of Notre Dame of the Poor, of Mbau, near the town of Beni.

While the so-called congregation celebrate that memory, the event covered a different importance in the whole diocese. For all the communities of Religious and nuns gathered to sympathize with the big family of the Assumption and with the entire bruised population of territories of Beni and Lubero. 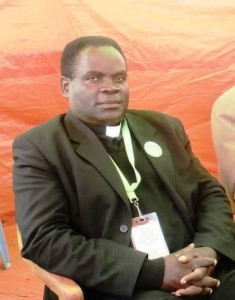 Eucharistic celebrations were organized in cities of Butembo and Beni, to ask the Lord for the gift of peace and mercy on the very late Father Vincent Machozi, Assumptionist, and all fatal victims of the current political manipulation of the country, selfishness, wild barbarism of the serious violation of human rights and hate, which reverberates throughout the region, especially the whole territory of Beni. That all the victims rest in peace; and that the blood of so many martyrs did not flow in vain.

Moreover – irony of history? – This date has three red marks for this population: First, it is the date of the memory of the abduction of the three Assumptionist fathers of Mbau; Then, it is also the second anniversary of the start of the massacres of Beni, killings that have become almost daily these days, and the local and national government and the international community, continue to watch with a big shameful silence and, certainly accomplice. Third, it is also today that the Congolese opposition chose to show to President Kabila the yellow card as a sign of warning against any attempt to try to extend his presidential term beyond December 19. 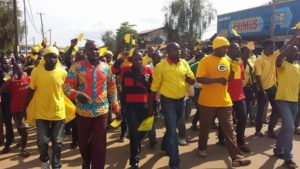 This third element has affected very negatively the organization of upper (s) adult (s) religious communities in the Diocese of Butembo-Beni, so that the Eucharistic celebrations originally scheduled for the date were carefully minimized to not give the impression of celebrating a political event, or better, not to provide an opportunity for opportunistic politicians in place and those of the country. At 13:00, all the celebrations had ended. 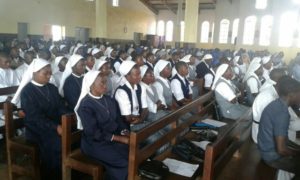 Thus, the religious men and women braved the fear to be able to meet on a dangerous day, marked by the opposition as a yellow day. Activities have turned idle in the two major cities of the area. And the governor of the province of North-Kivu, Julien Kahongya, chose to spend that time in the martyred city of Beni. He only knows why. For since the Rwangoma-Beni area was very painfully bereaved by the cutthroats men, murderers without such that only the government continues to present as "alleged" ADF / NALU, the strong man of Goma fell into a silence myth that says all.

That's no stick, we are October 19, in area of Beni and Lubero, the world capital of all forms of violations of human rights.