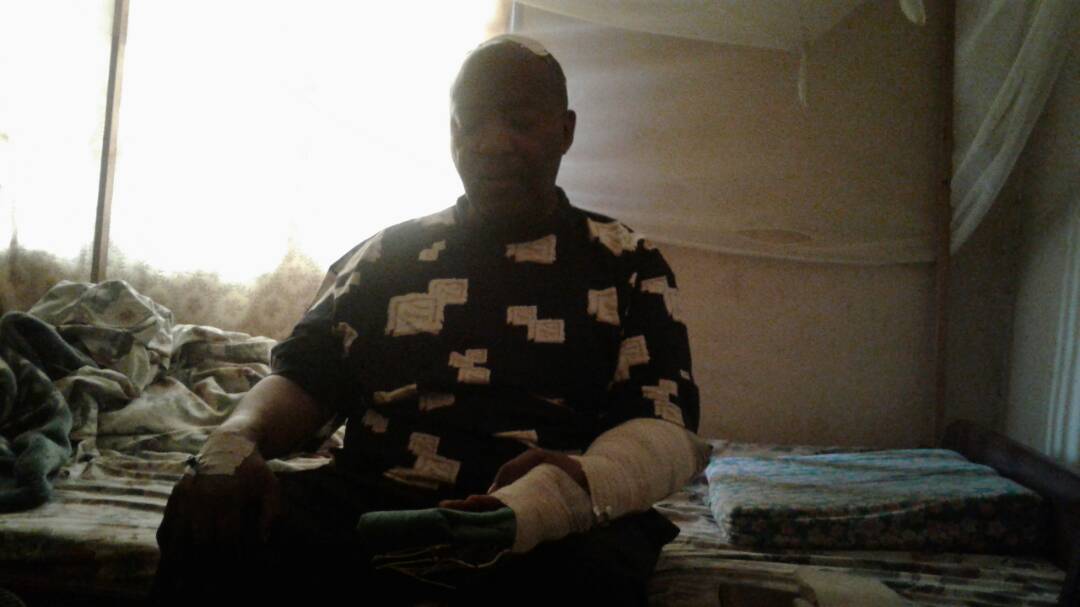 Description of the police tragedy of these two days in Butembo

ATTACK OF THE RESIDENCE OF THE PRIESTS OF THE SAINT CYRILLE UNIVERSITY PARISH OF ALEXANDRIA OF THE CATHOLIC UNIVERSITY OF GRABEN (U.C.G)

The night of Friday to Saturday, September 9, 2017, bandits in white and fire arms made incursion into the priestly community of the Parish of Saint Cyril of Alexandria of the UCG around 00 hours.

They first tied up the unarmed guard and the sentinel, before breaking the door where the Abbot Professor Muhindo Malonga Télesphore, president of the urban coordination of the Civil Society of Butembo, lodges. Having noticed his absence (because he is not there), they began to look for him in other rooms of the parish. Thus they ransacked the parochial office, the office of the Rector and the room of the Abbot Professor Athanase Waswandi. The latter was plucked from his bed, tied up, beaten and wounded in the back part of his head. Then they took him with them in their vehicle and left.

At the parish office, they took away several material goods including a computer and a camera, money … and then dispersed several documents of the parish on the pavement.

Along the way, the Abbot Professor managed to escape miraculously and returned with a fracture to his left arm. He was taken to the Hospital de Matanda.

It should be noted, however, that the same night the police arrived at the scene of the tragedy after the exit of the thugs and was limited to the facts like everyone else.

However, at about 9:00 am, the OPJs of the PNC, the auditorate and the Prosecutor attended with the Mayor of the Kimemi Commune for inquiries before being joined an hour later by the Mayor of Butembo and his Deputy. As a matter of urgency, a security meeting was organized on site.
At the end of the meeting, the students who had just gathered in the precincts where this emergency meeting was held sequestered the Mayor of Butembo and his team demanding him to sign his resignation. It was thanks to the urgent intervention of the police and muscled that the latter was narrowly saved.
The police arrested some students and two professors, including Roger Mwanawavene and Emmanuel Musongora, who were released later that evening. These altercations were the basis of a momentary paralysis of activities in downtown Butembo.

Obviously, this incursion targeted Abbé Muhindo Malonga Telesphore, an act that is part of the continuation of the targeted threats against the actors of the civil society of Butembo since its Extraordinary Assembly of 18 August 2017, after the Butembo forces had demanded the resignation of administrative and security authorities manifestly incapable of putting an end to the unsafe hemorrhage which lasted more than ten months in the city of Butembo. Since then, security meetings are increasing around the mayor disavowed by the population, not to end the growing and permanent insecurity, but to track down those who denounce it. Some go so far as to face threats of death and / or arrest. This is a kind of complicity on the part of the members of the security committee.

2017-09-18
BLO
Précédent : ALERT: 8 mothers Woman Rights Activists Arrested in Butembo
Suivant : What will happen when the deputy governor of North Kivu slanders all Nande of Mai-mai?