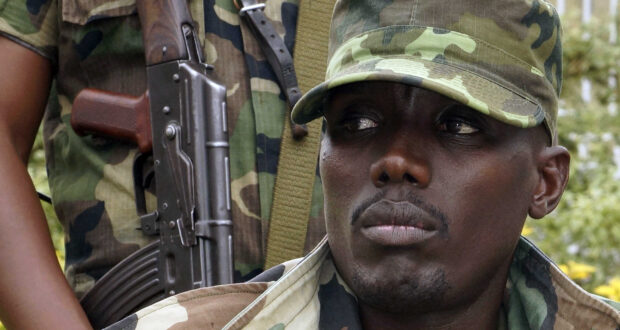 General Sultani Makenga, military leader of the M23 rebels, addresses the media in Bunagana, in eastern Democratic Republic of Congo, September 8, 2013. Democratic Republic of Congo's M23 insurgents said on Sunday they are ready to return to peace talks and would not make integration into the national army, which has not proved successful in the past, part of the deal. REUTERS/Kenny Katombe (DEMOCRATIC REPUBLIC OF CONGO - Tags: SOCIETY CIVIL UNREST POLITICS MILITARY HEADSHOT) - RTX13D0O