Extreme emergency !! A new plan for a resumption of the massacres amplified in Beni … 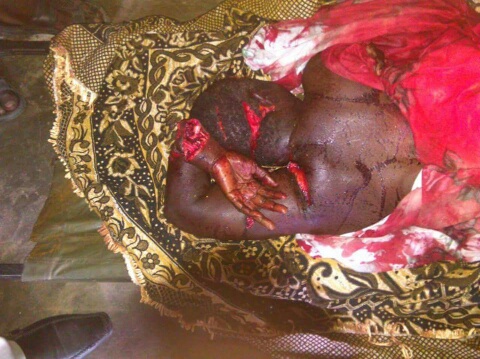 The Beni territory has experienced a time of respite, a relative lull, which will have allowed some people to be tempted to believe at the end of the nightmare. Far from yielding to this illusion, a BLO correspondent in Rwanda alerts us to a meeting held in Goma to decide and define a second stage for planned massacres against the population of Beni.

The trick was found in the personality of the customary chief BAMUKOKA arrested and placed before the military justice in Beni. This local dignitary was charged with supporting the SFOs that kill civilians.

Given this consideration, the M23 plans to resume the massacres of civilians in Beni, following the plan outlined below, claiming to be subordinates of Chief BAMUKOKA, while justifying the resumption of this bloodthirsty work as retaliation against the arrest of their « presumed « Leader (i.e. Chief BAMUKOKA). It is always in this way that the M23 and its sponsors hope to achieve their political objectives at the expense and to the detriment of the indigenous and their local leaders.

Victims of the massacres of Rwangoma, town of Beni, August 2016
The trick was found to be convincing enough to wage a generalized and total massacre of incursions into the heart of the city of Beni, more than in the outlying district of Rwangoma in August 2016.

In the past, there has always been speculation about the term « alleged ADF » to designate perpetrators of the massacres that have ravaged innocent people since October 2014 through Beni territory. At the moment, it is explicit: the resurrected M23 is at the heart of the program aimed at the resumption of the said massacres with a more tragic and amplified than ever.

After realizing the technical blockages preventing any attempt to initiate a generalized rebellion that would allow the immediate control of the city of Goma, according to the leader of the M23 Makenga Sultani, their boss decided that this rebellion should be held at the  » Standby « . Nevertheless, in the meantime, he had to think of re-igniting the massacres of Beni in order not to give a chance of being re-seized by a too long lull that could allow the indigenous people of the Eastern region to find the means to recover morally, economically and even socially.

Richard Bisambaza is considered as a field technician from the great North Kivu for the M23. He is still present in the ongoing massacre events in Beni since their inception in October 2014 until these days. For the time being, he endeavors to reassure himself that the massacres he plans to revive in Beni will have the striking force wanted to permanently annihilate the recalcitrants to this plan. Hence, its unremitting shuttles between Kasese, Kampala and Kabale for the transfer of human resources (elements of the M23 and new recruits to carry on the field of operation) and material necessary to Beni.

Kakolele is precisely this puppet that the M23 and its sponsors have long sought among indigenous Nande to legitimize their accusation against the natives. Thus, Kakolele, from Nairobi, installed some Maimai leaders to manipulate the Mai-Mai militias in favor of the Bisambaza group (the M23). It was through these indigenous Mai-Mai that Kakolele would help the M23 and Kabila to bring responsibility for the massacres of Beni by the indigenous Nande and to launder themselves in front of international opinion. In fact, Kakolele confirmed his partnership in this macabre plan from the day he declared himself on the international media as the supreme commander of the Mai-Mai group « Corps of Christ » who introduced a recurrent insecurity in Butembo and its surroundings from November 2016 until these days.
At present, he has the task of preparing on the ground (in Beni) those who will facilitate the infiltration of the M23 cut-throats in the town of Beni and its surroundings, while managing a transit camp in Kamango for the M23 who must come from the territory of Rutshuru via Bunagana – Kabale – Kasese.

SECOPER is the one who will remain as commander of the field operations, since Bisambaza is often in shuttles and that Kakolele is obliged to direct his « alleged » Maimai in distance (he can not venture personally to come to Beni, because conscious of his malice, he fears for his safety). SECOPER appropriates Mai-mai and other Nande recruits that Kakolele directs him to use to massacre their own Nande brothers.

MASTAKI is a Ugandan subject of the Bakonzo tribe in Kasese. He is the patron of the transit point through which pass the elements of the M23 which cabotent by Uganda before reaching the territory of Beni.

The M23 Paradox in the DRC

Who would say better about the status of the M23 in the DRC? Is it a rebellion or a political party? An opposition or ally of the Presidential Majority? A staging or a reality?

It has already been at least three months since the Congolese government declared or better announced (because this rebellion never pronounced itself) the return to Rutshuru territory of the M23 as a military rebellion. The spokesman of the central government reported them to Bunagana, Ishasha, Chanzu, Matebe etc. Accordingly, the Congolese official said the Congolese state is once again at war with this new military expedition of the M23.

And yet, afterwards, no official communiqué attempts to fix opinions on the progress of this track; Everything remains veiled to the general public even after the mysterious crash of two helicopters of FARDC fighting in the so-called zone marked by the presence of the said rebellion. It would therefore be assumed that the war continued against this rebellion, as it was not understood that the FARDC had already crushed them as in November 2013 or that these rebels had given up their destabilizing enterprise against the country.

And yet, it is surprising to have seen on Monday the audience granted by the Congolese head of state in Kinshasa to Roger LUMBALA, one of the political cadres of the same rebellion known as such up to the international level. This is not an anecdote, Joseph Kabila received Roger LUMBALA in the framework of consultation from the perspective for drawing up the list of ministers of the next government in constitution to lead the pre-electoral transition. The following video excerpt tells all about Lumbala’s belonging to the M23, the kind of political adventurer he is and the kind of mafia that President Joseph Kabila enjoys:

In addition, Colonel Makenga, the leader of the M23 rebellion, proudly declares to the BLO correspondent that he is in permanent contact with President Joseph Kabila. He said that the president put them on standby to wait for reinforcements in men and materials, after which he will give the « go ahead » for the assault on Goma; But in the meantime it is important to organize a thundering event on Beni. He insists that « with or without the participation of the indigenous peoples sought (allusion made to the Nande such as Kakolele), Beni will soon suffer more horrendous massacres than Rwangoma lived in August 2016 … »

In short, in Kinshasa, Joseph Kabila plans ministerial posts for the M23, and on the ground, he continues to steer constantly the military program of this rebel group, maintaining an almost daily contact with Makenga. Really, who benefits the M23 as well as its crimes? For each one to discover …

Why, then, all this malice?

Establish a chaos to justify the indefinite extension of the mandate of the expired power, while scapegoating among the aboriginal victims and their political leaders, to charge crimes that should accompany the realization of this vision.
And many Rwandan observers want the Rwandan president, Paul Kagame, to abstain this time from being led by the lie and the mafia of the M23, unless he is himself an accomplice to the Machiavellian plan of his Congolese counterpart Joseph Kabila. Indeed, Rwanda is one of the few countries in the world that has seen the horror of innocent blood shed by the genocide whose memory of the nightmare is always present in memory.

It will be recalled that BLO had taken care to predict the massacre of Rwangoma (in the town of Beni) several weeks before this tragedy, and unfortunately Monusco and the public forces allowed it to happen. Complicity or recklessness? No one would know better than themselves!

Similarly, BLO had denounced, for preventive reasons, the plan which aimed at installing a phenomenon of insecurity with a look of extermination in Butembo. Nor has any deterrent device been fitted accordingly. Subsequently, the horror of the Mai-Mai phenomenon « Body of Christ » and Mai-Mai Mazembe did not take long to realize this prophecy by the succession of tragedies that the city of Butembo has known since November 2016 until these days. The claim of the leadership of the « Body of Christ » by Kakolele nevertheless raised the veil on the complicity of the power in place and the M23 in this plan, since White Eagle is nothing but an agent of race in intersection between these two poles M23 – Kabila).

Today, BLO unveils a plan of unimaginable atrocity that is already at the door of the martyr city of Beni; We appeal to:
– the population of North Kivu in general, to be vigilant to monitor and denounce the movement of their brothers who have turned terrorists against our society;
– military and police loyalists, to assume with conscience and patriotism their responsibility for the defense and protection of the population and its property
– the international community (MONUSCO, USA, EU, AU and international organizations), to watch closely and document what is happening and which is preparing as a new imminent catastrophe in Beni (and throughout the country) by taking preventive and dissuasive provision required.

Joseph Kabila muse on the destabilization of the country so that there is no elections within the time stipulated by the political agreements. Also, what is happening in Beni, and even in the eastern part of the country in general, is being transposed to several other parts of the country, such as Kasai, Bas-Congo and Tanganyika, to end up enveloping the country by a state of insurmountable insecurity.