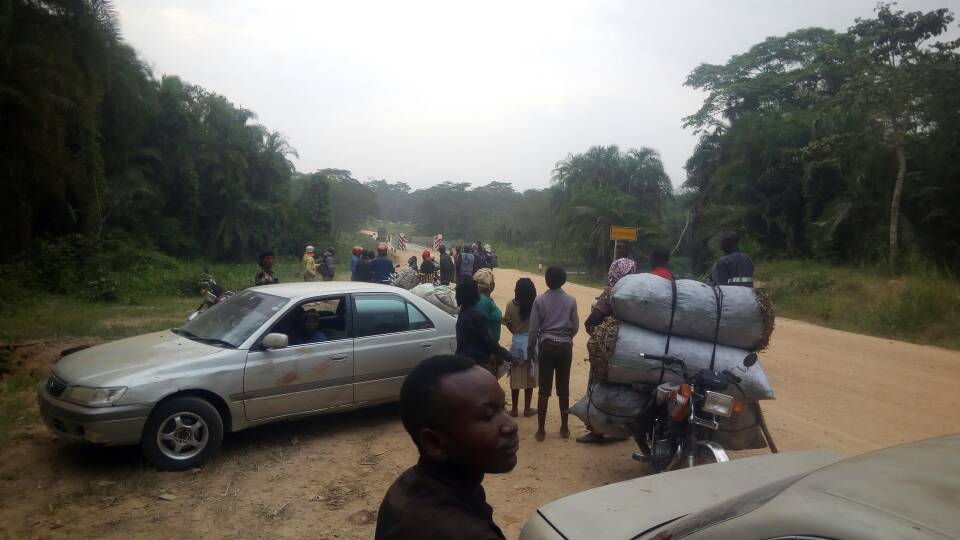 The evening of this Thursday, January 11, 2018 is at the mood of lament in the city of Beni. Several families alert the opinions on the disappearance of their members who were traveling this day in the direction of Kasindi – Beni by motorbike the others aboard taxi-cars.

It is at dusk at night that the scene unfolds, slightly around 18 hours (local time). Many assailants dressed in well-known FARDC military uniforms suddenly entered the Semuliki-Nyaleke Bridge axis, at the level of the park that connects the north and south of the road at this level, to intercept anyone passing by. Several taximen and their clients fell into this ambush. The attackers, through fierce intimidation, robbed the victims of all valuables, including cell phones and money, and selected at least 23 people whom they took to the bush. The entire event takes place in a highly traumatic climate, fueled by intense fire and fed with firearms.

Among the kidnapped victims is the Director General of Radio Television Graben of Beni, Mr Jeadot MANGWENGWE. The executioners have retreated with their prey and loot in Virunga National Park, and no one knows their final destination.

As for the identity of the attackers, the survivors are very clear in their testimonies: « These are our FARDC soldiers, those who have recently been deployed… None of them has the allure or the appearance of ADF … «

What horror! What a scandal! Really, why can the government maintain such a crime against its own people? This population which has been so beneficent and so generous in entrusting it with power, supporting with all possible efforts the languid economy of the country, …

The whole world should witness such organized crime against innocent people in Beni! This alert serves as an SOS for the victims. That at least MONUSCO, which acts on behalf of the international community, as well as all its partners do their best to help the victims!

Finally, what will become of a nation where the people are delighted with their rights to put their hope in the protection and defense of their rulers? Today is kidnapping; it is strongly feared that tomorrow these soldiers gravediggers will be met on the field of massacre civilians, especially that the warning that they have invaded shops and stores in Beni to get machetes is still fresh in memory …