Goma gives a go ahead: no rest until Kabila leaves … No more waiting on December 31! 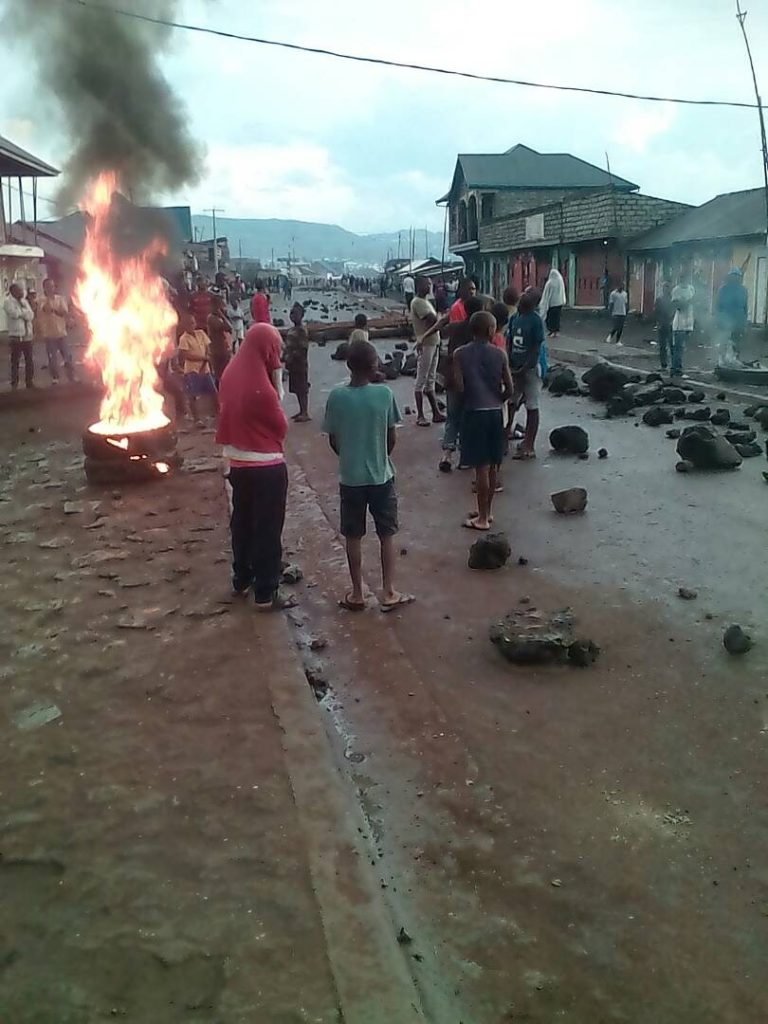 Calling the LUCHA to launch the event which should result in Joseph Kabila leaving power was enthusiastically embraced. Goma has scored a great distinction this Monday, October 30, 2017, with a muscular kick before which tyrants in power should think a thousand times before attempting to oppose their repression, despite their insatiable bloodthirsty kind.

The outcome is of course important, but history teaches us that there has never been a successful liberating revolution without sacrifice, as least it was. Thus it is already counted 9 dead (including two policemen, one soldier and six civilians) and 25 wounded (including 5 officers of the order and 20 civilians). The tragic scene of October 30, 2017 took place in Majengo and Katoyi areas of the city of Goma.

Certainly, the memory of these illustrious victims will be engraved forever in the directory heros of the Congolese people which befits to establish the chronicle. However, against this thought of Governor Julien Paluku on his twitter, we do not believe that the police and military who mingle their blood in one of our dear martyrs civilians because they (military and police) are excited to massacre their brethren who stand to defend the common right in everyone’s favor, even those poor soldiers and police, are counted among the heroes.

It would be wise for our police and military to understand that they must stop executing bad orders given (such as the repression and massacre of civilians who claim their legitimate rights) and in addition by illegal and illegitimate authorities ( because they are all out of mandate). What do they care to unnecessarily die in service of a regime that condemns them to unspeakable misery? Indeed, it is certain that the three police officers who were shot in anger of the masses, were sent to kill their civilian brethren without leaving their respective families food ration or school fees or any subsistence for their poor widows and orphans.

The train has just taken off, all provinces should get hooked so not to miss the point noble appointment of self-liberation for change. Politicians (the current government and the opposition) have demonstrated their inability and weaknesses. Now ends naivity to think that the speech launched from air conditioning salons in of our political leaders will uproot Kabila from power; the mobilization is to lead in the street by an effective commitment of everyone: all (civil servants, military, police etc.) must stand behind the people to wrest change, freedom and democracy to the price of inevitable sacrifice.

Hereafter the people’s sacrifice evident for its self-liberation. Visualization is not recommended for people sensitive to heart:

The salvation is near. But we need the participation of everyone.
Stand up Congolese!