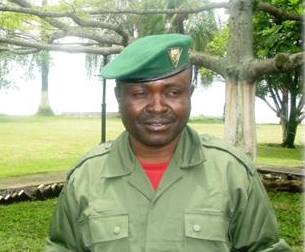 The perpetrators of the massacres and war in Kivu-Ituri continue to unfold as events unfold. It is a pity that the enemy of the peace and stability of our people was able to recruit as many local puppets as they needed. After failing to wrest Uganda’s support in the plan to relaunch a new war of separation from the east of the country, Kabila and his collaborators in this ideology have resolved to procrastinate in this ambition by focusing on the Recruitment of Aboriginal people. But it is still from outside the country that all the planning processes continue.

During the week of 5 to 10 June 2017, Mr. Deogratias Bugera carried out a conspiracy mission in Kampala. The purpose of this non-ordinary visit was to explain his desiderata for the creation of an autonomous republic in Kivu-Ituri. However, given the categorical refusal to allow such a project of destabilization of a neighboring country from Ugandan territory, and especially the threat of arrest of any individual who would be involved in such activity. So our brother of Masisi was constrained by this restriction to concentrate on « the means of board » taking advantage of the available opportunities.

Kakolele had just succeeded in recruiting Kakule Sikuli Lafontaine as the one to cover with Saperita and other puppets acquired from ex-APCs the activities of the terrorists whom Richard Bisambaza had established in the region of Beni under protection FARDC (General Fall Sikabwe, commander of Operation Sokola 1 / South). It was in one of the meetings that Bugera held with his collaborators that the strategy of organizing the escape of the prisoners from Kangbayi to Beni, dated 11 June 2017, was decided in order to recover the criminals they needed in their program.

Kakolele Bwambale, the gateway to evil!

Very faithful to his nature of duplicity and treachery, Kakolele offered himself as an inescapable agent in the accomplishment of the Kabila-Rwanda plan for the occupation of Kivu-Ituri. Scandalous funding is being made available to him to win Mai-Mai patriotic fighters as well as possible political operators among his brothers, i.e. members of the Yira-Nande community. Aware that the Honorable Mbusa Nyamwisi remains the charismatic political leader of the community, he was instructed by his manipulators to carry out his recruitment campaign as a priority among the ex-combatants APC, the former military branch of the RCD / K-ML. That the indigenous people are lost, that the new pro-Rwandese rebellion that begins is indeed the initiative of Mr. Mbusa, and that they mobilize massively to join.

Indeed, Mr. Poley Siwako, who agreed to become the backbone of this movement has his residence in Kasese. His ambition to rise to the top of the political leadership of the Yira-Nande community made him so virulent that he did not hesitate to agree to Bugera’s decision to immediately organize the assassination of Mbusa Nyamwisi as prioritizing the clearing of the land to the occupied Kivu-Ituri occupation plan. Indeed, such greed on the part of Poley dates from the years 2003, when it decided to separate from Mbusa and to come to settle in Uganda to lead for a self-confirmation campaign with Kampala in place of Mbusa Nyamwisi on political leadership in the Yira-Nande community.

Soon, because of the traitors of the Yira-Nande community (Poley Siwako, Kakolele Bwambale, Kakule Sikuli Lafontaine and Saperita), who took the audacity to forge a counter-nature alliance with the FDLR, the M23 and the Beni, Joseph Kabila will proudly recall before the world his thesis that « the sons of the Nande community are themselves the perpetrators of the massacres of their brothers ». Indeed, the pace of which they (traitors) have invested in the recruitment of the ex-APC is only another argument of great size in favor of the said deceit of the head of the Congolese State in its policy of land burned. Joseph Kabila remains the ringleader in the security chaos that set up his reign in North Kivu and Ituri.