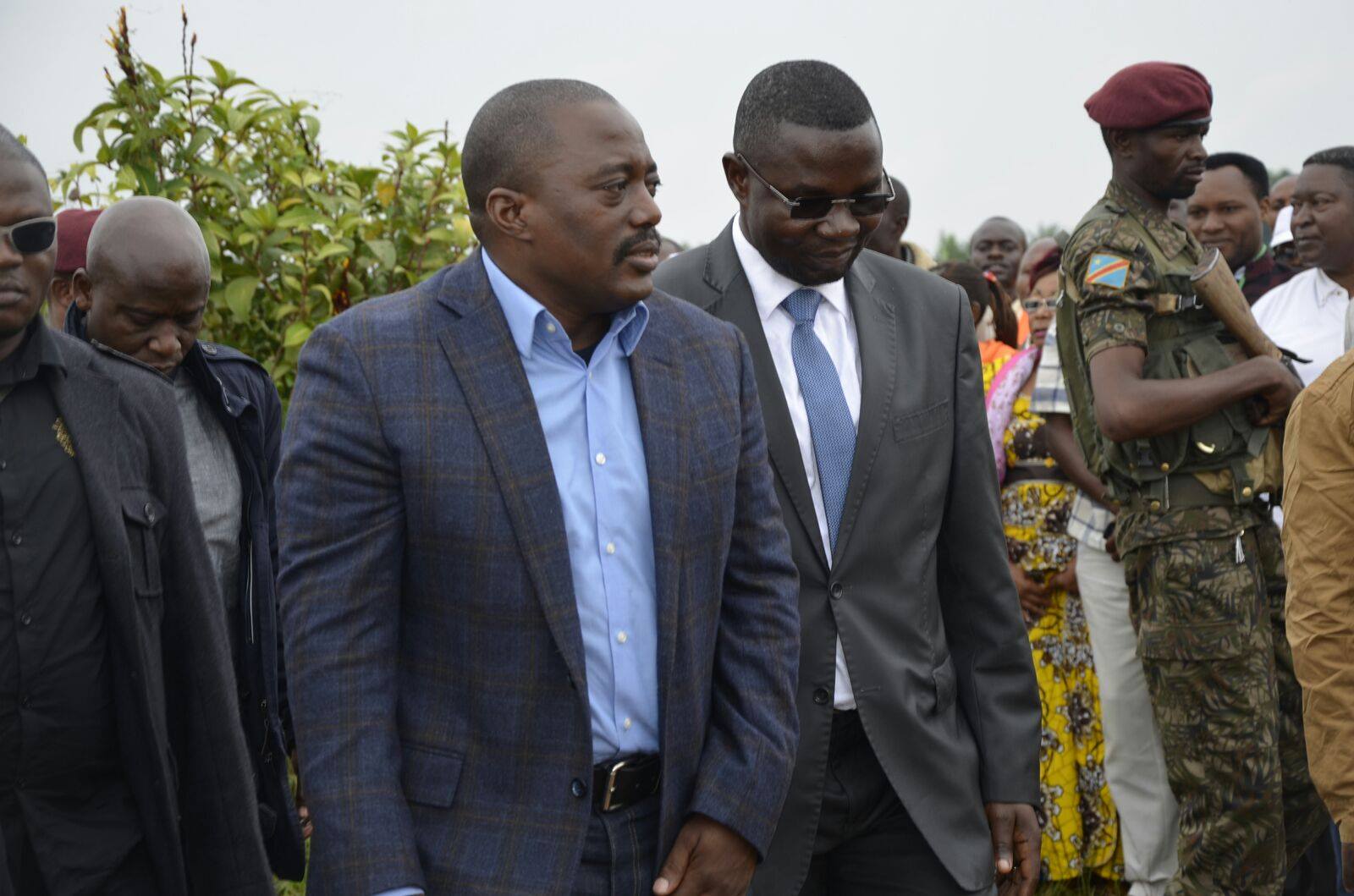 Here is the man who will replace Julien Paluku as head of the province of North Kivu!

The nation in danger! The latest cards of Joseph Kabila: Scene II
As we announced in our last issue, Julien Paluku would be going through his last days as Governor of the Province of North Kivu.
The Origins of the peak of Julien Paluku

Remember, this is January 27, 2007 that he had been elected head of the province on behalf of the RCD-KML Mbusa Nyamwisi. A few years later, due to his political ambitions, he divorces his Mentor Mbusa Nyamwisi, Julien Paluku joined the camp of Joseph Kabila shortly before the elections in 2011. The divorce is consumed between Mbusa and Paluku. After the 2011 elections, Julien becomes the confidant of Joseph Kabila. At the request of Joseph Julien abandons his seat in the national parliament and returns to Goma to continue to preside over the destiny of North Kivu. In 2012, he founded his own party, the Burec, which will become in the following months the spearhead of the ideals of Joseph Kabila in North Kivu. To cite just one example, you can remember the order respondent to Grand-North Mayors for free passage to strangers immigrants northward: https://benilubero.com/julien-paluku-intime-lordre-aux-maires-de-sa-province-de-lintegrite-de-la-rd-congo/ membership in the party becomes the same criterion to be engaged in state services. But this marriage against nature is not appreciated by his constituents and gradually Paluku sees his popularity decline among the Grand-North population.
The unexpected decline of Julien Paluku
Unexpectedly, Julien Paluku retired in absolute silence. We no longer hear his voice in the public place. In its place are his supporters who post messages to reassure the public. Benilubero got worried and wanted to know what became of the spokesman of Governors of the DR Congo. Investigations reveal that the divorce is consumed between Julien and Joseph and with this divorce the decline of the strong man of Goma began.
It all began on 04/08/2016 at the meeting between the President of the DRC and that of Uganda. Joseph Kabila departed angrier because he truly left empty handed. While agreements on sending Ugandan soldiers in DR Congo were already ready for signing, Museveni surprised everyone and announced that nothing will be done in this sense. The anger is so uncontrollable that Joseph will decide to go back to Beni that night, on a road that no one dares to go after sundown.
The next day, he took Kasindi road to realize the degradation of the bridge Semuliki river for possible repair. A two Kms of the river, he asks his delegation to let him go alone. After thirty minutes, he phones his delegation to join him on the bridge. This attitude is not of course left without raising questions, given that we are in the forest, considered a red zone, where pass the alleged ADF. On his return to Beni, he locks himself in his residence and cancels all hearings. For reasons of rest, one might think.
There is no point telling the whole program following the visit of the Head of State; it is still fresh in the memory of readers of benilubero.com: welcoming the different social settings in Beni; departure of Joseph to Chad; sojourn of Joseph in Butembo with as highlight the inauguration of the presidential Avenue during which he will listen to glowing talks of the town and the governor of North Kivu in one hand and, in the other hand, followed by his promise to end the war; Joseph visits Kigali etc. Until that moment, everything seems rosy between Joseph and Julien.
Let's look at the date of 08/13/2016, a date that has become iconic in the genocide of Yira people. Rwangoma bathe in blood! More than 127 people killed and slaughtered, not counting children that we will never see again and that had been thrown into the river Semuliki, according to some witnesses. This carnage comes four days after Joseph had said in Butembo: "There are people who say that I bring war. It is not so. When you see me you see peace. Well I say that peace has come. " Julien is in disbelief. He suffers the carnage as a humiliation because it intervenes in a city he has mastered well and especially after praising his master. The shock is hard and it shows with a weakened health. But as if that was not enough, Joseph gives him a suicide mission that is not easy: to arrest the relatives of Mbusa Nyamwisi, especially those who live in Kampala, that they be prosecuted and accused of recruiting ADF. The final objective is of course to present Nyamwisi as the financial sponsor of these alleged ADF. Obviously, none of this was ever done.
The regime takes refuge behind the argument of international terrorism but without success! For both inside and out, evidenced by the latest statement of the nuncio, the problem will be presented as internal and therefore affirmed the responsibilities of government. Evariste Boshav, Matata Ponyo, Nyonyi etc. will all be booed by the population when it finally understand that the regime is complicit. We know the rest: all will leave the tail between the legs!
Julien Paluku's health does not improve. Some other signs also worrisome. Some close to Julien are arrested (such as Mr Roger Kahe and Mr Mughendera) and others took off, like Jeff Katulamo. Military of his bodyguards were returned to their units. Others are not found. Such is the case of Raul Vuyuri. Joseph returns to Kinshasa and asks Julien to join him emergently. Once there, Julien seeks permission to travel abroad for treatment. Joseph refuses but asks that he be treated locally; even bringing his doctor from abroad. Our sources inform us that Julien is indeed in Kinshasa where he lives under house arrest with his family that joined him in emergency from Nairobi by order of Joseph.
That's how the massacres of Rwangoma triggered the decline of the strong man of Goma he who had the audacity to draw the front where Joseph was on low profile, as you can read in the https://benilubero.com/julien-paluku-kahongya-laudace-dun-gouverneur-de-province-qui-dresse-le-front-la-ou-le-chef-de-letat-fait-profile-bas/. According to our sources, Julien may be arraigned in the coming days for direct involvement in the killings of Beni and illicit enrichment! His Hotel Okapi is already among stolen assets to be seized by the courts.
Who is replacing Julien Paluku? 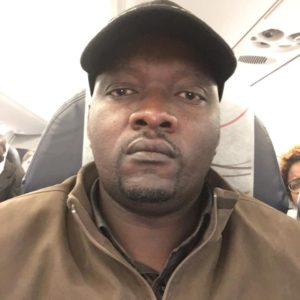 His name is Kirivita Bertin, an extremist Hutu very close to the services of the Rwandan intelligence, of Serufuli and Seninga. With these, he is one of the strong men of the militia Nyantura of Serufuli. Bertin Kirivita is accused in the killings of Nande in Binza. He is best known as the one who created the concept of the Hutu- Nande and played a coordinating role in the record of the movement of unidentified immigrants to Ituri, Boga Chabi. This Kirivita-Serufuli-Seninga trio is not only a danger to North Kivu but also for the Hutu community that they have taken hostage and smeared reputation because of their extremist ideologies. As the governor is elected by the provincial parliament, Kabila took advantage of his stay in Goma to be sure that the absolute majority of parliamentarians will respect the setpoint when the time comes. At first, it seems absurd to the extent that two months before the elections it is unimaginable to hold elections to vote a new governor. But with this gesture Joseph Kabila sends a clear message that he will not leave.
What is the future of North Kivu with this criminal as its head.
The reign of Serefuli is still fresh in the memory of North-Kivu population. And how the socio-security situation was chaotic during his reign. To cite just one example, in 2003. Armed groups were created by the governor himself. A terrorist NGO, TPD, was born to finance the Hutu militia self-defense, today hidden under the light of the Nyantura militia. Many traders fled Goma. With Bertin Kirivita as the head of the province, it is the reign of Serufuli who's back! The old devil is to divide the province into two parts, the North and the small south may resurface. The movement of unknown immigrants to North and Eastern Province will get worse with passage of the continuation of genocide of Nande people. And slowly, the balkanization of the Congo will take shape and become a reality.
Thus benilubero online appeal to all politicians in the DRC, whether from East or West; North or South, to wake up from their slumber and make the security situation in North-Kivu a priority! For without North-Kivu and Ituri, DR Congo will no longer exist. In the same angle of ideas, the dialogue, which targets only to elections but without Kivu and Ituri on the menu, the problem of genocide of Nande "YIRA"  in Beni and those unknown immigrants in the North and in Ituri will only be a mountain that gives birth to a mouse.
Kabila in Goma! Bertin Kirivita in Rutshuru! Fall Sikabwe in Butembo-Beni! Mundos in Eringenti and Ituri! A true Tsunami with tragic consequences that already hover in the sky to the East of the Democratic Republic of Congo!
"It is thus understood the grave danger of any extension to the power of Joseph Kabila. Congolese worthy of the name must reject any form of transition. Indeed, given what is happening in Kivu- Ituri, any transition beyond December 2016 would allow time and resources to the Congolese government which is, obviously, an accomplice of the Rwandan occupation of Kivu- Ituri being " (Father Vincent Machozi, March 19, 2016, speech that earned his murder the next day).
©Beni-Lubero Online.