Here’s the plan mounted to the violence in Kinshasa. The Banyamulenge placed between the rock and a hard place by the regime! 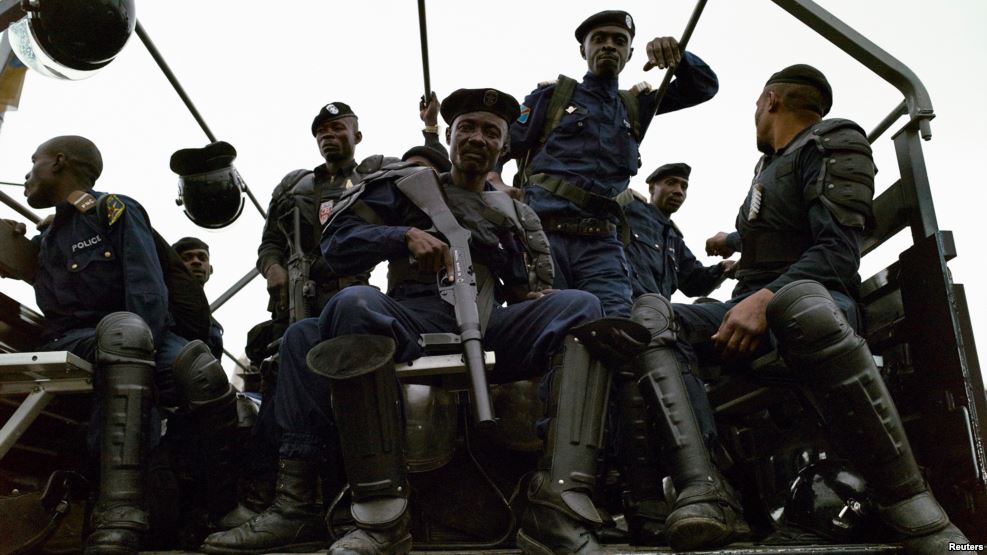 According to the correspondent of BLO in Kinshasa, an emergency meeting was convened Friday, September 30, 2016 by the exclusive Presidential circle of Joseph Kabila in Kinshasa at MAISHA park in Gombe. Took part in the meeting were the officers of the army, the Congolese National Police and the Intelligence; and dignitaries of the Presidential Majority and the Banamura.

On the agenda, one big item was included: How to successfully maintain the power of Kabila beyond 20 December 2016, a date concerning the prohibition of Joseph Kabila to succeed himself for a third consecutive presidential election.

A cynical answer has emerged from this black mass: it is necessary to stay in power by force.
Precisely how? – Organize an outrageous violence in the city of Kinshasa: create a state of terror by killing, barbaric, arrests, threats and targeted attacks of the great personalities of contrary opinion to power among the opposition and civil society, in order to force opponents and other personalities whose influence does not converge in favor of the regime into exile.

The actors of this plan announced inspiration from Burundi: if the current Burundians political regime , they say, who does not have the considerable financial means are succeeding in this kind of sadistic strategy, how the most Joseph Kabila system which has huge means scope to find will not be more successful?

Many factors were considered:

– Motivated mobilization of the « Kuluna » (unpatriotic people living in the street) to become the main agents of violence across the capital.

– Mobilisation of the Banyamulenge. This mobilization is not only about the Banyamulenge living in the country many of which were posted with strategic positions in the military, security and intelligence services as well as in the various institutions of the country, including those in the diaspora. Indeed, taking advantage of his last trip to the United States of America, Joseph Kabila launched campaign to the USA Banyamulenge lobby to persuade them to support him in power in the RD Congo. To convince them, he made them see that it is he and he alone who incorporated them and hoisted them to the tops of the management of DR Congo in all sectors of national life. He claimed to them that the only guarantee for the Banyamulenge to continue to enjoy the juicy delights of resources and powers of the DRC, it is the perpetuation of the Kabila regime in power, otherwise they would be condemned to return to the cycle of instability and discrimination. This kind of psychological pressure would force the Banyamulenge community to renew its pact with the government in power, so as to carry all necessary support, but primarily military, in order to maintain President Kabila in power.
He promised that the benefits it has granted to the Banyamulenge will further be expanded and strengthened to become more and more masters of power and resources in DR Congo.

Gross lie of President Kabila on his meeting with the Pope

On Wednesday, September 28, 2016, President Kabila had held another meeting with his supporters. To further stimulate his partners Banyamulenge and other fanatics or flatterers that surround him in his system, Joseph Kabila used two big lies regarding his latest interview with Pope Francis as follows:

1 / He claims to have proved the Pope that the Congolese political opposition is incompetent and incapable of running the country. It is only right to destroy, alluding to the events of the 19 and 20 September.

2 / He reassured his flock that the Pope convinced by this demonstration, has assured him of the support to continue to lead the DR Congo during the next three years.

The Banyamulenge in a naivety to disastrous perspective

It seems surprising that the Banyamulenge community has somehow decided to sign its destiny in a cycle of exploitation by predators obsessed with the taste of power in both DR Congo and Rwanda.

Yet, it is precisely this phenomenon that destabilizes the integration of this community in the Congolese national concert. By continuing to place itself on the sidelines of the rest of Congolese, and especially by strength to persist in projects that endanger the collective happiness of the Nation (which nevertheless continues to shelter) by its repeated involvement in the unrest that deprived the country of peace for two decades, it runs the risk of being permanently spewed out one day by the Congolese people and become stateless. For even Rwanda where the Banyamulenge claim to rely, never really accepted them as part of its community. Hence, their rejection by the Kigali regime when they hoped to participate in the sharing of Rwanda after the conquest of power by the FPR.

From the Congolese side, it would be wise that they understand that the DR Congo does not belong to Joseph Kabila that they become their absolute support for integration that, indeed, the Congolese never challenged as such if it is only to the many proofs of their treason whose gravity finally raises doubts about their real identity.

It is time that the Banyamulenge understand that they must prove membership of Congolese nationality by their behavior, positive attitude reflecting a patriotic love unambiguous and a sense of brotherhood confirmed to other Congolese people.