Islamist Slaughters – Terrorists of Beni and Government, caught in flagrance in Butembo 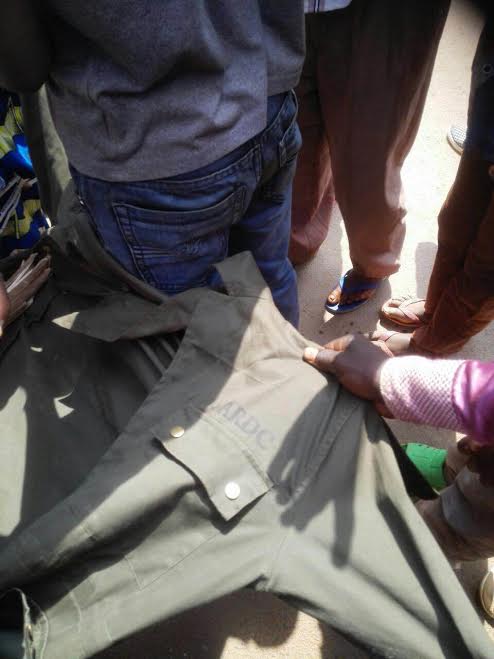 The mood in Butembo is tense this Sunday. The whole town is in ebullition. Even children under 4 years old would not continue to trust the army.

This morning of August 21, 2016, a non-matriculated minibus with closed windows with curtain was coming from Rutshuru and stopped downtown Butembo at the place called La Concorde for a breakdown reason: flat tire. However, passengers did not come out of the vehicle. Given what is happening these last three days, people suspect that the vehicle might be transporting enemies. Curious enough, they draw closer to see what or who are in the vehicle. They realize that there was no seat in the minibus but a load of stuff covered with a tarp. They alert the youth group called “verandistes” who swiftly arrive at the spot. Without delay, they search the minibus. Great surprise! They couldn’t understand it! The passengers are “Hutus” laying and covered in the tarp: children, men, and women. 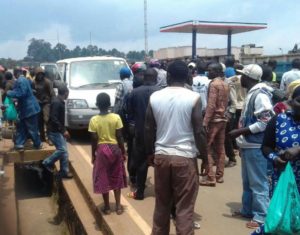 Their baggage consists of machetes, knives, and axes. The search continues. They have papers signed by chiefs from Masisi. They are looking for arable land. But the treasure is hidden in the vehicle. Surprising discovery: the new army uniform that Congolese soldiers are now wearing at the front, to distinguish themselves from the enemies, according to the most recent decision from the Congolese Army hierarchy. See images below. 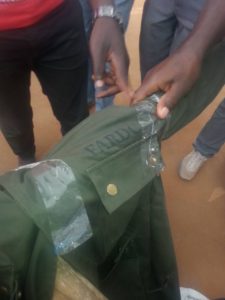 The news spreads fast. The “verandistes” have caught up a group of slaughters in Butembo. Children, women, young, and adults in the groups of slaughters who massacre our population. The crowd grow angrier when they find the newly suggested uniform for the Congolese army at the front in the hands of the enemies. 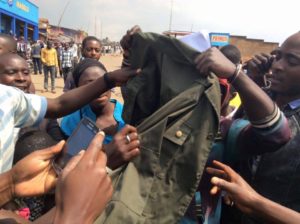 From videos taken at the scene, one could see the angry crowd ready to lapidate. Some disturbing images show a mother being dragged down with his baby on her back. However, the people with their heart in hands had pity on the child and abstained of stoning to death the enemies. It is a crime against humanity, and especially using children in a genocide initiative! 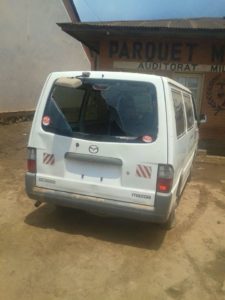 The police arrive and rescue the presumed slaughters. It is late, the army has been caught up! The new military uniform was meant to be worn by Congolese soldiers in order to avoid any confusion with the enemies and to prove their in the genocide of the Nande people. 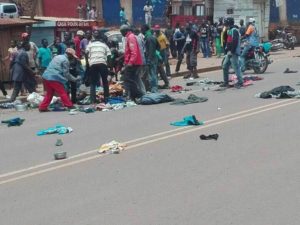 In the north of the city, at Furu, people decide hic et nunc to march and go down the streets to denounce the complicity of the Congolese government in the genocide of the Congolese people. No more doubt that the curfew decreed for Beni and Butembo was meant to allow the enemies to infiltrate these towns. 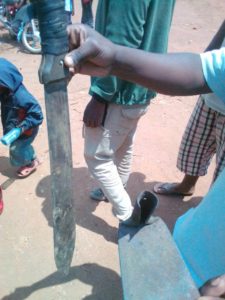 The order has been given. The police and the army have to intervene and prevent the angry population to revolt. The crowds were dispersed in all directions with gunshots. Until 6 PM gunshots were heard in the whole city. The facts are so evident that arise some questions that need the answer from the Congolese government as soon as possible. 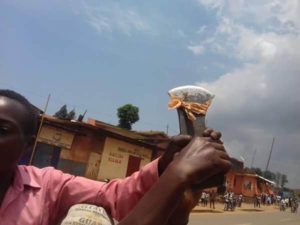 2. Two years ago, the government (Mende and Julien Paluku recall this) ordered local populations to abandon their villages and land or fields until the army had establish security in the area. Because it would be lack of responsibility for the government to watch powerlessly his people being massacred without any intervention. How come that the government is now supporting other, foreign population to occupy the land of local populations who have been forced to leave for their safety? 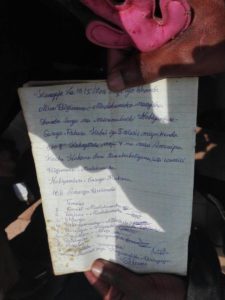 4. They had a road map document signed on August 15, 2016 by local chief “Mwami” Bauma Bitsibu Wa Bulenda from Masisi. On the same document the departure date is August 12. The migrants were caught up in Butembo on August 21. According to the document, they were heading to Irumu, precisely in Walese to join their family relatives. In fact, it is in Irumu-Tchabi that we observe a concentration of Rwandans coming in from Tanzania where they have been expelled from. What is astonishing, one of them holds a bill of sale of land in DRC, but signed and delivered in Uganda on May 19, 2016. How come that someone from Masisi buys from an Ugandan a land on Congolese territory? 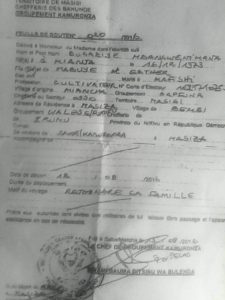 5. Last, concerning the minibus: why did the traffic police allowed a vehicle with no license plate on the road and with passengers?

What has been discovered today unfold once more the complicity of the Regime in the massacres in Beni. When in Beni the government decide now to prosecute the presumed ADF caught few months ago, we understand that it is simply a game going on in order to dupe national as well as international opinions, to make them believe that the criminal slaughters are “rooted in the local community,” according to the words of Mr. Mamadou Diallo, the vice special representative of the UN, on radio Okapi.

It has also been reported that a motorcycle taxi man has been killed, shot dead by a police officer at Kauntura round about. May he rest in peace. His name is Mbusa Kanduki, born in Kayna on August 16, 1984, in Kihate County. Another taxi man was seriously wounded. We also learn that another minibus with suspect enemies has arrived via Kyondo and is heading to Beni. That is the peace that Joseph Kabila has promised the people of Beni and Butembo. In a respectful law country, the Supreme Court should have assumed its responsibility!

« One thus understands the serious danger of extending Joseph Kabila’s power beyond constitutional presidential terms. Congolese worthy of this name must refuse any kind of betrayal. In fact, given what is happening in Kivu-Ituri, any transition beyond December 2016, would give time and means for to the Congolese government which is evidently accomplice in Rwandan occupation of Kivu-Ituri underway” (Father Vincent MACHOZI, March 19, 2016).