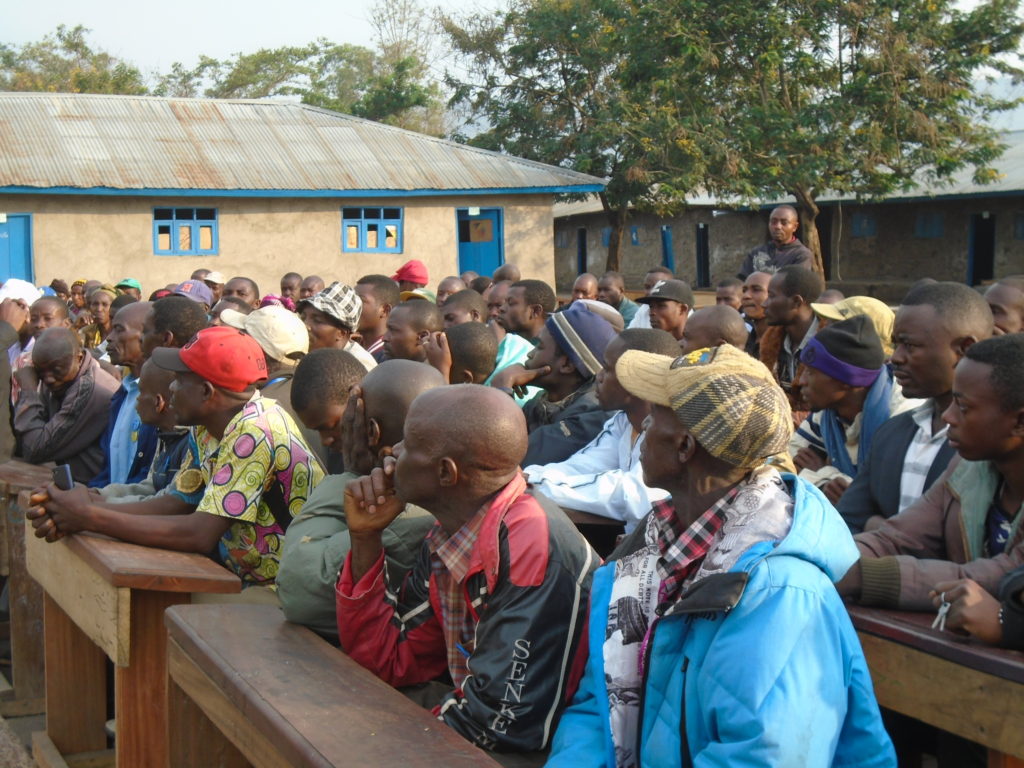 The 10th International Conference cultural Yira « RUWENZORI 2017 » which was originally to take place from 5 to 13 August 2017 in Kasindi / Lubiriha was not held in the 9 days provided by the organizers.

As of August 3, 2017, Bernard AMISI KALONDA, Administrator of the territory of Beni, on the orders of his provincial hierarchy, announced on voice waves suspension of activities related to the tenth international conference cultural, economic and social Yira.

For three days, that is to say from 4 to 6 August, officials of the Yira community have made contacts to negotiate with the authorities, among others: Mr. Jean-Paul KASEREKA kapitula, Official Delegate of the governor to the common rural of Kasindi, Director of Land Bernard AMISI KALONDA in Oicha, the Governor Director of cabinet, Mr. Valerian MBALWITIRANDI, provincial Minister of the interior, Julien PALUKU Kahongya provincial governor of North Kivu in Goma and other dignitaries of National level in Kinshasa such as KAMBERE Leonard, KAMATE BATHEGHA Paulin, and all this without any favorable outcome.

On Sunday 6 August 2017, delegates to the conference in Kasindi found themselves under death threat by the Congolese National Police and FARDC armed to the teeth, deployed on the spot to stifle the activities of the said conference.

On the night of 6 to 7 August, the site which housed more than 1000 participants from all over the world was suddenly surrounded by the police. Despite these threats and intimidations, the participants managed to hold their meetings on Monday, August 7th. On occasion, delegates introduced their presentations in a synthetic way from 6:00 to 10:00, as can be seen in the enclosed images.

Then, a fraternal meal was served, followed by a ritual ceremony that met the standards of tradition in accordance with the Yira culture under the presidency of Kambale Shangilia. At around 11 am, participants left the conference site at the Yira school complex, in a caravan to the Lubiriha parking lot.
In the parking lot, three important activities were at the rendez-vous:

A) Ancestral rites
B) Message from the organizing committee to announce the transfer of the continuation of the activities of the conference to Butembo until 13 August 2017, as foreseen in the agenda of the Yira community.
(C) Announcement of a special 7-day prayer which will take place every Monday from 12:00 to 12:15 pm Buyira (Butembo / R.D.Congo). This prayer concerns all Muyira wherever he finds himself and will extend from Monday 21 August to Monday 02 October 2017.

The main features of this prayer program are as follows:
– Day and hour of prayer: every Monday from 12 to 12 and quarter;
– Attitude to adopt: stand barefoot at the time of prayer;
– Essential Duty: Respect for the Ten Commandments of Almighty God.
It was reported that on the evening of Sunday, 06 August, the three folk groups from Kikura, Kiking, Mwenda, Mutwanga and Kilya were arrested at the KASINDI gate and forcibly returned to Kambo Kava kali where they spent a night in the moonlight and hollow belly, encircled by the military. They numbered about 100 people, including disabled people, women, minor children, young people and old people.

Coincidentally, these victims found themselves on a historical and cultural site Yira: Kambo-Kavakali. As a result, despite threats, they spontaneously embarked on their cultural dance to express their deep attachment to their culture.

On Tuesday, 8 August, delegations visited Butembo, the headquarters of the Kyaghanda Asbl Ovughuma bwa Bayira for the continuation and closure of the activities of the Tenth International and Cultural Conference Yira.

The General Coordination team of the conference wishes to thank all those who have contributed to the holding of the conference. If there is a contribution that is still being delayed, the benefactors are requested to send them to the office of Kyaghanda asbl in Butembo, on +243 992 411 623 or +243 976 519 125.

The final report of the conference including the list of partners who financed the meeting will be published at the end of the work in Butembo.