Kinshasa, the people have decided and nothing will stop them, not even the fury of bloodthirsty! 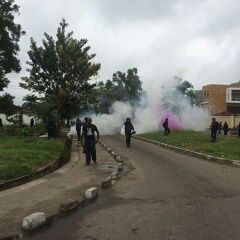 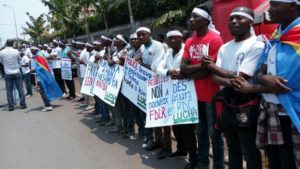 Just the day originally fixed for the closing (not respected unfortunately) the national dialogue had to bow, the Congolese people decided to speak now self-regarding, instead of continuing to let the chance to bandits continue to lie to his costs.

Thus, on September 19 by the tragedy that was littered with blood of innocent martyrs, become a historic date in the memory of the nation. The people have the final say. Currently, this word consists of nothing other than to say no to the violation of the Constitution and require the holding of elections within the time table and without the candidacy of Joseph Kabila for president.

In so doing, the people enjoyed their inalienable rights as primary sovereign. However, a lawless with no rules, if not barbaric and criminal, have more time to listen to the voice of reason.

Hence, while the security forces loyally framed the mass for the events of 19 September in the eastern cities of the country, President Kabila, who believes that a Chair can be preserved only by coercive and violent means, gave the go to shoot anything that moved in the direction of the call to respect the Constitution.

The National Police and the army, already passionate in the massacre of civilians in Beni, decided to demonstrate this feat of sad celebrity in the heart of the capital, Kinshasa. Although there is no need to return to the horror of the human toll caused by this cynicism because some of theses accompanying pictures give enough momentum.

It seems important to note that, according to reliable sources general Kanyama, police chief in the city of Kinshasa, personally killed at least 10 demonstrators in the town of Makala, on University Avenue. In order to open the passage for himself, while the road was blocked by demonstrators, General Kanyama was able to use his pistol to shoot in quick succession on demonstrators.

From President Kabila to all supporters of the Presidential Majority, the legendary phrase « there will be nothing » became the refrain to demonstrate that the people will not do anything. But great was the surprise of Monday and Tuesday. 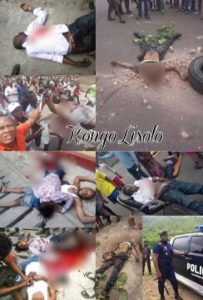 Since the Christians uprising of 16 February 1992, it is the first time the people also expressed themselves widely in Kinshasa, Goma, Beni, Bukavu, Butembo, Kalemie, in the two Kasai, Lubumbashi and Matadi, the demonstrations have been stifled in Kindu, Uvira and Kisangani. The diaspora also massively answered the call, Belgium, Canada, South Africa, … What are the consequences of this uprising?

1. EYOKANI by who can hear it well, the people want the presidential immediately, otherwise they will do anything to get it.

2. The KODJO DIALOGUE with some opponents dissidents of the Rally, has lost all substance, it becomes useless, given the light weight of those who are there, these findings may not in any way prevent chaos. 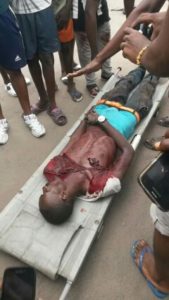 3. DIRECT NEGOTIATIONS between gathering and majority to secure a quick date for a presidential election in the acceptable time is needed.

4. THE EARTH POLITIC BURNDED of the Majority brought to light, not only the soldiers of the Republican Guard fired live bullets, but also hands in the bags, after the announcements made on TV 50 to answer eye for eye and tooth for tooth, the majority found that it was she who burns with state resources. François Hollande has well underlined.

5. It is now clear that the doors of CPI cells are preparing to welcome new tenants to the side of GBAGBO.

6. The new cards are being redistributed within the opposition, despite the message of the UNC in Goma and the action of the young activists of the UNC to the police side to block gatherings of people at rally points the manifestation of Goma has been a complete success, the second in the country after Kinshasa.

7. The majority of the initiatives to get a new constitution after a blank check of the dialogue dwindle. The pressure from these events is increasing on the power that has no other choice but to accept the alternation.

And for the first time, the Congolese people is satisfied by taking a clear position of the international community that finally began to understand the depth and severity of the facts, when it recognizes the responsibility of those in power in Kinshasa in violence spoken of here and unambiguously condemn the regime while promising to make appropriate provision to ensure compliance with the Constitution and the organization of elections under conditions established by law in the DRC.

The blood of martyrs which bathed the DR Congo yesterday and before that will never be in vain, and soon the executioners will have to face justice. And the people have already began their justice. Time will tell!