Kivu, Ituri: The only way of salvation is reconciliation, unity… 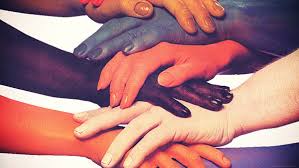 Escape from Makala (Kinshasa): A soldier of the Republican Guard reveals a spicy secret!

One adage has always led to the belief that there is nothing that will remain veiled under the sun. The testimony of a soldier actor in the scene of the alleged attack on the prison of Makala in Kinshasa dated May 17, 2017 opens the belly of the boa. This indiscreet language, which must remain anonymous to protect it from the vapor of the script’s sponsors, unlocks the most sensitive secret of this montage in the following way:

From the organizer of the operation

Everything is oriented towards the hypothesis of several observers who suspected a priori that it was an operation proper of the Bundu Mayala group, thus putting all the suspicions on the political and security leaders at the highest level of the Hierarchy of the country. We find ourselves in front of the same criminals, with the return on the podium of the sadly « national hero » the assassin of Floribert TCHEBEYA and Fidèle BAZANA, that is to say General John Numbi.

The latter set up the plan of the operation to be carried out against the prison of Makala, namely the attack and the escape. The commando of this action consisted of a team of Tutsi Rwandophone soldiers who were associated with some elements of Bundu Mayala who had just been corrupted for the money prize. Indeed, this reality makes it clear that the release of other members of Bundu Mayala from the Ndolo prison (Kinshasa) was also observed only two days later in the aftermath of the escape event in Makala.

The witness continues the sequence of the scenario. Bundu Mayala elements that were used after corruption were first infiltrated into the cell of Ne Mwana Nsemi to persuade them that they had just organized an operation to release him from detention. By rushing through the confusion of the facts that were unfolding (break of doors, firing of arms, fires …), he will find himself in the hands of the heavily armed soldiers who waited for him outside. Immediately, his executioners quickly instructed him to take him to N’djili airport (Kinshasa International Airport).

Our witness wanted to reassure himself of what he had heard (« destination: airport »), took care to contact one of his colleagues attached to Nd’jili airport to check the rest of the story. He was informed that around 5 am a team arrived at the airport in the form of a very expeditious escort. This team went to the foot of a GOMAIR aircraft through a very suspicious movement marked by harassment hustle. After an express embarkation, this aircraft took off immediately to Kigali, according to the confirmation of an agent of the company. From then on, our source reassured that Ne Mwana Nsemi had indeed arrived in N’djili from where he would have been forced to take the direction of Rwanda.

The exact fate of Ne Mwana Nsemi to this day remains a mystery. It remains particularly difficult to say that he would still be alive or whether he would have been executed. Until now, the Congolese Government continues to maintain a lie that he escaped from Makala after the attacks carried out by its followers, and that he would continue to utter threats and insults against the power in place. The authorities of the country should be asked to stop this lie, as long as they can not officially imply an active voice of the individual on the media, as proof that he is alive and free somewhere.

It should be emphasized that the strategy of exfiltering Rwandan opponents of the Kigali alliance with its Congolese puppets is not a story that started with the deportation of Ne Mwana Nsemi. Before him, other nationalist Congolese have already been punished by this kind of tactic, and opinions have always been taunted by scenarios of accidents or armed attacks. Among the victims of this work hall was formerly General Kisasu Ngandu, who was attacked and kidnapped on his way between Goma and Rutshuru and was brought to his final punishment in Kigali; His burned vehicle was burnt without him. Later, Governor Kanyamuhanga of Goma will suffer the same fate. And the list is much broader than can be exhaustively detailed.

Kivu, Ituri: The only way of salvation is reconciliation, unity…

A true unity, this is the cure indicated for the relief of the misery of our people. Indeed, the ethnic diversity of the Democratic Republic of the Congo is another social wealth that has stolen from the outset since the late nostalgic reign of the late President Mobutu. It was based on national unity, the harmonious cohabitation of all communities as a guarantee of a strong political power. This led him to reign as long as possible at the head of a nation that the experience of the years 1960-65 had educated to the love of peace and hospitality. When the time came, the people unanimously helped the AFDL revolution to push Mobutu out of the presidential chair, because he did not manage to lead the country towards its socio-economic takeoff.

However, after Mobutu, after a short period of euphoria at the beginning – under the abbreviated reign of the late Laurent-Désiré Kabila – will soon prove to be worse than anything imaginable: not only the most striking development of the development to which it has aspired, but it has lost that achievement which has been proud for three decades, that is to say, peace, harmony between its dignity before neighboring countries as well as before the whole world.

A regime with a radically divisionist vision has been set up. The cult of tribalism, regionalism, ethnic self-affirmation, not to say the exaltation of xenophobia, have been adopted by the new regime as the most privileged means of conserving power. It is from the highest peak of the national hierarchy that such an ideology has launched its campaign by excluding the management of public affairs from all persons with an opinion that diverges from that of the political family in power. This scourge does not delay to win the base often naive and dupe. Baneful efforts have been made by the authorities to excite one community against another, one tribe against another, especially in the east of the country, such as in Tanganyika, Kivu and Ituri, before winning these days the Kasai, the Equator, the Bas-Congo to finish tomorrow, if nothing is done, to burn all the ends of the country.

The power in place has invested too much in the division and in the nourishment of the conflicts between the communities which it has succeeded in engaging in the field of animosity; And there are unfortunately many political operators who subscribe to this room strategy to divide and rule. The government claims to lack money to build roads, schools, hospitals, or to pay civil servants and improve the standard of living of its citizens. But, paradoxically, it has never lacked the means to arm militia, national and foreign rebels ready to operate on the national territory when these negative forces agree to support the power in place to continue to rule illegally and illegitimately to the detriment interests of the people.

Above all, it is therefore urgent to help opinions understand that the enemy of the Congolese is by no means the Congolese of another ethnic group. Hutu is not the enemy of Nande and vice versa; They have always lived together for a very long time in Rutshuru, Goma or elsewhere. The same is true of the Hunde and Hutu and Tutsi in Masisi, Goma and Rutshuru; Or Nyanga with other tribes living in Walikale. The same interpellation spreads in Ituri, because the Hema have always cohabited harmoniously with the Lendu, as the Lendu with their neighbors Alur, Lugbara, Kakwa etc.

Political leaders have a great role to play in helping the foundation regain harmony, social peace, inter-community solidarity, unity. They should prove that divergence of opinion, philosophy or political ideology is by no means a reason to consider an opponent as an enemy deserving of murder, denigration, physical destruction, exile. Place has often transformed its political battle into a manhunt. It is with this intention that he has always sought to involve the population in taking part in this barbarous method, putting them in war against each other, according to the fact that some are of the ethnic community of such a leader being passed in the sights of the power in place.

It will thus be understood that any group of patriotic resistance would never find enough reason to justify its exactions against any specific community if brothers or compatriots were excited against each other by politicians who have no horror of the bloodbath of the innocent.

In the same vein, Joseph Kabila should stop treating his political opponents as enemies to be defeated, for the plurality of opinions and the divergence of trends are only fruits of the culture of democracy. Moreover, it is cowardice, for example, that after having noticed the passage of a Mbusa Nyamwisi to the opposition, the regime made pay the price by organizing, in retaliation, the unjustifiable massacres against the members of its grassroots community in Beni. Who could be unaware that it was Mbusa who helped him in 2002-2003 to bring the country together with suicidal patriotic courage and then contributed greatly to his electorate in 2006 until he continued to support his administration through certain Ministerial positions?

Even Serufuli should speak a fraternity language with Mbusa. And if he has certain reasons that he believes are valid for keeping a tooth against his person, this is certainly not a justification for his support for the Nyatura militia against the Nande community in several localities in the Rutshuru territory.

The same phenomenon is to be denounced in Kasaï: Kabila does not have to innocently punish the population of Kasaï for a veiled grudge against the UDPS whose great Kasaï symbolizes the incarnation of the fact that there is identified the origin of Stephen Tshisekedi.
Who would try to persuade Zanga Mobutu, Olivier Kamitatu and other leaders currently in exile to consider themselves enemies to Joseph Kabila? They worked with him and separated from him because of a divergence of views on the future of the DRC. It is a matter that deals with the table, which is judged by the ballot boxes, and not by the creation of the hunt to the man neither by the creation of the militias armed nor by targeted and organized massacres.

In this regard, the project of the Republic of MUHAVURA – a project to make North Kivu an autonomous republic – is by no means a solution as the Tutsi Rwandophone community in Kivu and Rwanda seem to think. Such a conception is only likely to accentuate the gaps between communities that have spent years working together. The leaders of North Kivu, including Mr. Bugera, Mbusa, Serufuli and Moise Nyarugabo, are called upon to help their respective bases to reconcile sincerely with one another and live harmoniously in unity for collective emergence and the construction of On the basis of a participatory strategy and communion.