M23 strategy to seize the city of Beni – complicity of Lafontaine Kakule Sikuli! 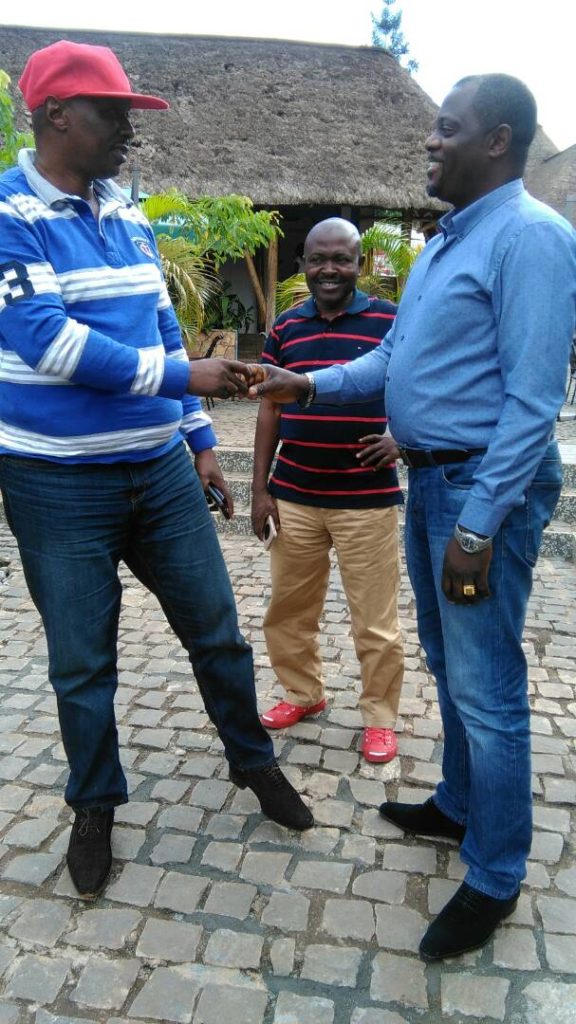 It was with interest that the public had followed the evidence of the infiltrations of the M23 and its allies by the Kasindi border, when the Major, FARDC commander at this border post, crushed his car in an accident, because he was rushing to try to camouflage Rwandan elements of the M23, which he infiltrated to join the slaughterers of Beni, as evidenced by the video below:


This event appears as a drop of water in the ocean as part of the wave of infiltration of elements of the M23 whose authorities have organized coverage on the border of Kasindi. However, the Ugandan security and immigration agents at the Mpondwe station are constantly warning the Congolese side about the crossing of suspicious persons on this axis, on which the Congolese intelligence and security services should carry out thorough investigations. . This suspicion comes from the fact that these people always evoke the reason to go to cultivate the field in the region of Beni and Boga (in Ituri), an area yet beset by massacres of civilians.

A tree that hides the forest was thus finally unmasked: many M23 fighters have infiltrated Beni using the axis of Kasindi, and investigations conducted by Benilubero Online lead to clear the following realities:

– The Congolese authorities have placed on the axis of Kasindi in Beni military officials acquired in favor of the Kabila regime’s plan to conquer Beni (city and territory) by the M23 supported by the murderers already installed in the same region.
– The main supervisor of this mission is Colonel TIPI ZERO-ZERO, whose staff is located in Mutwanga, a town midway between Kasindi and Beni. As a result, the entire Beni – Kasindi axis is automatically filled with former CNDP officers sharing the ideology of the occupation of Beni and Ituri that the M23 is called upon to execute; they are found in Kasindi, Lume, Karuruma, Semuliki etc.
– M23 fighters to infiltrate for this program are recruited to Rwandan, Burundi, Rutshuru, Masisi and Uganda by the zeal of Colonel Richard Bisambaza, who holds the hub of the Beni massacre machine, since he defected from the FARDC in 2013, while he was the second sector commander in Eringeti.
– The elements to be infiltrated are presented in civilian clothing at the crossing of the border, then are recovered to engage on a diversified path which is oriented towards Kasindi-port; it is then that they change their dress in cassocks to appear as Muslims. At the Kasindi border, there are Rwandophone subjects, who hide among money changers, who serve as scouts to guide the intrusion of these intruders into security.

– Colonel Lafontaine Kakule Sikuli opted to make himself famous by increasing the flow of blood of his own brothers. Joining Mastaki, a Kasese Konzo fully versed in the criminal maneuvers of Kigali because of his Tutsi wife, who serves as a bridge with General James Kabarebe, Lafontaine received from Bisambaza the mission to establish the site of reception infiltrators from the M23, whose transit camps are located in the radius stretching from Lume to the Semuliki River. He works hand in hand with Mastaki; they became together the standard bearers of the M23 and the plan of the occupation of Beni by the Rwandan invaders.
– The Rwandans (M23) will themselves hold war for the occupation of Beni. But it is Lafontaine, Mastaki and other Nande puppets that will be used to proclaim the fall and said occupation by presenting the case as the explosion of a local rebellion to hide in the early hours the planned Rwandan occupation.

All the butchers who populate Beni territory and southern Ituri are hoping to reach their migratory goal in this region by vigorously supporting the war of occupation which planners have days to manifest in an open manner. They are the ones who will occupy the city of Beni and all the properties that the hunted natives have abandoned.

The local population of Beni should double the vigilance to find in time the invaders and their local or indigenous accomplices, these lost brothers who sacrifice their community by selling their conscience for a little tip.