Massacres of civilians in Beni-Lubero: The prophecy of Father Vincent Machozi is fulfilled 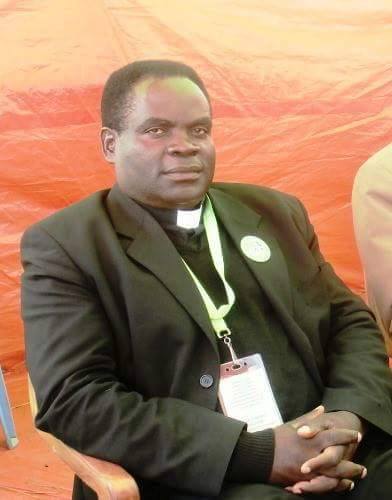 During his lifetime, Father Assomptionnist Vincent Machozi has constantly alerted the local, national and international community that what is happening in Beni is a war of occupation. People were accusing this hero of being an extremist because of his multiple denunciations. Four years later massacres, people have come to understand that the large-scale massacres of the peaceful population in Beni-Lubero is a war of occupation.

In fact, at the end of the parliamentary mission of the national deputies with a view to immersing themselves in the situation prevailing in Beni City and territory, the Honorable Malis MALISAWA elected from Butembo held a briefing in Butembo on Saturday, October 13, 2018 In front of the press, this national deputy acknowledged that those who kill in Beni are invaders in search of arable land. For this elected Butembo, we must not talk about the ADF who is already dead with the late General Bauma. On that occasion, he denounced what he describes as a mono-ethnic chain of command within the FARDC. Those who kill are in the FARDC, he said. This representative of the people made the same remarks at the parade at Butembo City Hall and he said that he is ready to die for telling the truth about what is happening in Beni. The words of the Honorable Malis Malisawa Marie-Jules are confirmed by her colleague Jerome LUSENGE elected from Lubero. Both call on the Aboriginal population not to leave their lands to the invaders.

The Burgomaster, victim of barbarism, raises his voice.
The municipal authority of Ruwenzori, municipality of the city of Beni targeted also speaks of a process of occupation of the lands that orchestrate these men without clear identity. Mr. ALOYS MBWARARA, Burgomaster of Ruwenzori regrets that his town is empty of its occupants, these days fearing for their lives. « These people have the goals of creating the terror that can force us to abandon our fields and our homes. Dear compatriots, the enemies are not far away. They activate at all times their project to drive us from our homes. This is no longer the time to give in to panic and intoxication, but it is time to go back to patriotism to the highest degree to allow us to face this misadventure of chasing us from home. During the parade of Monday, October 15, 2018 in his commune, ALOYS MBWARARA called the inhabitants of various districts of his municipality to flee to return to their home.

The Burgomaster of Ruwenzori argues that fleeing is not a palliative solution to this insecurity east of Beni-city. « We have asked our fellow countrymen to further raise the sense of patriotism. Because moving easily like this pushes the enemy to achieve his goals. When we went around our six neighborhoods, we heard reports of theft here and there, where the population left homes. There are bad citizens who continue to increase the pain of the population.  » Let’s say that during four years of the experience of the massacres of civilians in Beni, more than 400 people died in Beni city, according to civil society sources urban coordination. Widows, widowers and orphans are increasingly recorded in large numbers in this city of North Kivu province. The long fight led by Fire Vincent Machozi and companions is understood by more than one person several years later. Nothing is late if people become aware. The enemy is therefore to be fought by all for the salvation of Kivu and Ituri.

We will remember this legacy of the Reverend Father Assomptionnist Vincent Machozi, « We understand the grave danger of any extension to the power of Joseph Kabila. Congolese worthy of the name must refuse any form of transition. Indeed, in view of what is happening in Kivu-Ituri, any transition beyond December 2016, would give time and resources to the Congolese government which is obviously complicit in the Rwandan occupation … «