NATIONAL DIALOGUE: KAMERHE IN A GAME OF AMBIGUITY AND HIGH TREASON 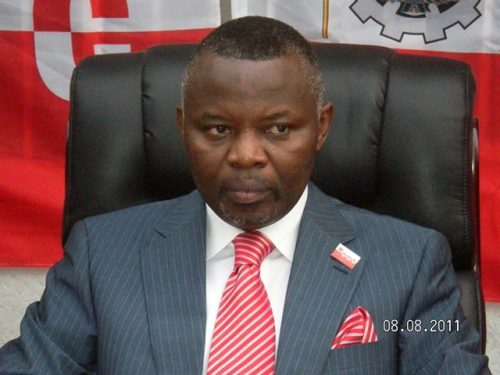 Initially, the president of the UNC unpleasantly surprised all his supposed colleagues from the radical opposition by his unilateral decision to participate in the National Dialogue, and this, against the option of the said colleagues.

This September 12, 2016, the « Joker » of UNC reserved a new surprise for opinions: Vital Kamerhe sign a statement announcing the suspension of the participation of the opposition in the national dialogue. He accuses the presidential camp of being responsible for the political crisis whose climate darkens the future of the nation. « We will not return as long as the priority is not the organization of presidential, » he declares.

Furthermore, Mr. Kamerhe calls on the international community to enforce the 2277 resolution of the UN Security Council.

The presidential camp did not remain without an answer to this act. Indeed, Leonard Shé Okitundu, spokesman of the delegation of the Presidential Majority states that this is a « negotiating tactic. » He calls the facilitator to play its role.

Despite the effort of justification brought forth by Vital Kamerhe for where appropriate,
it is important to note how Mr. Kamerhe excel too much in a game that ambiguity should challenge more pejoratively the conscience of the people on his person. All the steps of the leader of the UNC badly veil his excess of research of himself, his ambition to place the margin of appreciation of the common mortal, a race for power blinded by selfishness and opportunism whose outcome will be nothing but to drown oneself in the ranks of predators that the whole nation swear to put out of harm’s way by all means. In short, it is the prototype of defender and protector of the power of Joseph Kabila he has never ceased to share the delight.

One can easily understand that, ultimately, many compatriots, many leaders are not really what they are trying to appear before the nation. And, as such, Vital Kamerhe is not the hero that many opinions will be tempted to believe this gesture he just made. Rather fitting to now monitor his ‘steps’ more closely, because there would really be good reason to fear that the « juggler » of the Congolese opposition is launched in a new low blow against the real opposition; because, after all, it is more understandable that it is for such a mission that President Kabila must have « apparently » detached from his circle to become a corrosive product in the opposition.

Now, the people are not fooled! …

There is reason to denounce this unhealthy game brought to distract opinions from the real problem of the moment which remains the genocide in Eastern DR Congo as a political weapon of power. Therefore, BLO will not stop to challenge each Congolese currently whose fate will determine the future of DR Congo as a nation is being played in the East, and that most of the phenomena and political events kept in Kinshasa are only distracting power games up to stab the people and the nation in the back.

Soon the complete record of this staging of BLO.

« It is thus understood the grave danger of any extension to the power of Joseph Kabila. Congolese worthy of the name must reject any form of transition. Indeed, given what is happening in Kivu- Ituri, any transition beyond December 2016 would allow time and resources to the Congolese government which is, obviously, an accomplice of the Rwandan occupation of Kivu- Ituri being  » (Father Vincent Machozi, March 19, 2016, speech that earned his murder the next day).