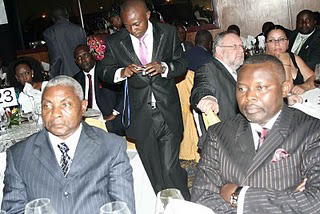 It was with emotion that our correspondent in Beni contacted us to inform us of the forceful return of the slaughterers. Yesterday morning, Saturday, December 24, at least 25 people were brutally killed in the village of Manza Mapini, 7 km from the town of Oicha, capital of Beni territory. By bringing the bodies back, one could read the anger on the faces of those who transported the victims. The population is once more formal: the killers are Fardc who speak Kinyarwanda. "We recognized them by their dress and even the language, the accent," she chanted.

Our correspondent and eyewitness of the anger of the population claims that the victims were killed, some with knives and others slaughtered: "I saw," he wrote in the message, "the bodies of the 5 women. One of them was pregnant. There were also the bodies of three men and one child. According to the survivors, several people are still missing the call. Other bodies are still in the bush because many people, pursued by the murderers, have fled into the surrounding forest. We must expect about thirty deaths. "

We know the song. Radiookapi and the authorities immediately rushed to point the finger at the ADF-Nalu.

Enilubero on line is concerned about the resurgence of the massacres in North Kivu after a period of calm. In three weeks, at least 100 people were slaughtered, including Luhanga (in the territory of Lubero), Balwanda (in the territory of Rutsuru) and yesterday in Eringenti in the territory of Beni. According to information in our possession, these events are to be read and understood in light of the end of Joseph Kabila's mandate and the ongoing negotiations in Kinshasa. Joseph Kabila knows that his days at the head of the country are counted but he is not ready to leave. Insecurity in the East is one of the means by which he hopes to perpetuate power or rebound on the national scene when he is no longer wanted. He hopes to find in this insecurity caused by the militias of which he is nevertheless the mentor an alibi to declare a state of emergency throughout the republic in the weeks or months following the conclusion of the dialogue and refer to the Greek calends elections.

That is why Benilubero on line makes a pathetic appeal to negotiators and the international community to consider the security situation as a prerequisite for full agreement.

Dear compatriots who participate in the negotiations, do not let yourself be distracted. Just as you demand the respect of the constitution in its article 220, likewise make the international investigation on the genocides in the East one of the major points that must contain this agreement. This agreement should make it clear that anyone who is found guilty or complicit in these genocides should no longer assume any responsibility in the country. Our country has no future unless impunity is declared non grata!