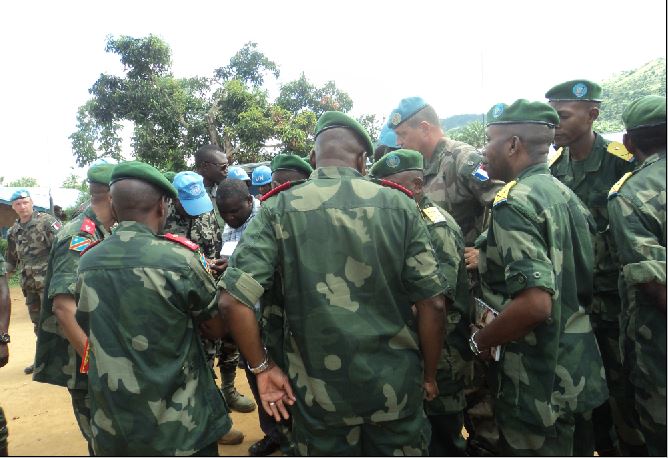 By looking at the record of the activities of the alleged ADF rebels in the region, we note with heartache that the tragic plan thus carried out against the population of the area is brilliantly achieving its objectives, especially considering how the the socio-economic capacity of Aboriginals is neutralized at a rate of over sixty percent.

The task is really easy to the enemy of the population of Beni because the packages (massacres and looting) that are bequeathed in charge of the ADF are in fact only the work of the elements of the Congolese regular army, it is the armed forces of the Republic of Congo, FARDC in acronym, who, in accordance with the instructions well defined by the national hierarchy of the country, disguise themselves as attackers to attack, kill, loot, burn in the region of Beni. This reality was repeated on the occasion of the attack on Mavivi these days.

The population has often denounced the dishonesty and sadism thus woven by the Congolese government; but the indifference or laxity of the international community to take these facts into account in view of the appropriate sanctions still leads the Congolese people to suspect the Western world of complicity in the crime organized by Joseph Kabila against his nation. But we believe that the evidence that the UN mission itself brings today to underline the responsibility and guilt of Kinshasa in the Beni killings may be likely to stir the bowels of the international community.

Indeed, the MONUSCO Intervention Brigade’s peace keepers captured four FARDC soldiers in Mavivi (9 km north of the city of Beni) who were in the process of attack, looting, killing and so on. which was underway, and that the staff of the FARDC military operation Sokola 1 announced on the airwaves as an incursion by the ADF. In this circumstance, at least 8 civilians were killed, several motorcycles destroyed as well as vandalized trading houses with all the evidence that the perpetrators of these crimes are elements of the FARDC themselves.

This time again will the international community refuse to consider the charges against Joseph Kabila’s system and army at a time when it is a UN mission that wields evidence from the ground? As for us, great is our consternation at the laxity of the international community, when on the ground, the malice of the power in place causes such an unfortunate consequence as several abandoned villages without sparing neighborhoods included in the very city of Beni: Mayangose inaccessible; Mbongya, kasinga, BUILI, osibo, Bel-Air, Munzambaye, kadou are emptied of their populations; Masulukpede, Bhemba, Nzuma, Ngite follow suit; and already Ngadi knows the same reality …

From where Oicha and the rest of the countries of the region of Beni will be isolated from its capital city (Beni) as much as is currently the chiefdom of Watalinga. The situation is getting worse than before. Admittedly, we kill less but the agglomerations become isolated, inaccessible and unlivable. Enough is enough. There is an urgent need to help the Congolese clear the Joseph regime, because nowhere in the world does history teach us that a regime exterminating its own population has been tolerated by the United Nations, which is the supreme structure governing politics on our planet.