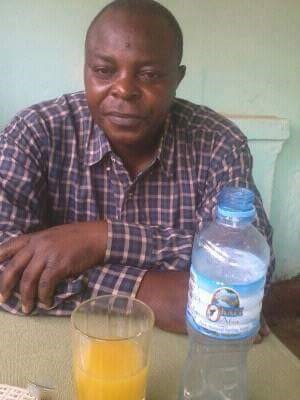 The Congolese government has just arrested its own agents whom it had forged and carefully used to cover its hands in the crime of violence and massacres that the world deplores in the region of Beni-Lubero. Would this be a new stage of comedy in dealing with the case of the Beni slayers still presented as alleged ADF? But the fact is that after Roger Berlin was arrested, Daniel Masinda (his friend), Saperita (a recruiting agent for murderers) and Maranatha (the supreme commander of the Mai-Mai Corps of Christ, whom Kakolele claimed Being his) who are placed in the prison vault. And yet all these agents were forged by the authorities in power in the country, through Julien Paluku, the governor of North Kivu, each of whom was instructed to do what he had to do, accomplish it. BLO did not fail to warn the opinions of this maneuver whenever it was necessary.

Why did Berlin fall into disgrace?

Roger Berlin has been a staff agent of the Governor Julien Paluku for several years. He is one of the few among his former colleagues, including Kava wa Seli, who have persevered in this undertaking until today. In September 2015, when the Rwandan settlement plan in Beni-Lubero and Ituri was in full execution, Julian Paluku invited him and his other collaborators to create the militia group that was called « Mai-mai Kyaghanda Yira » . The plan for massacres of civilians in Beni aimed at forcing them to desert their lands for the benefit of the Rwandan invaders had already been accomplished since October 2014. And there was a need to find local or better indigenous partners to cover the crimes thus committed by foreigners, following a political perspective of the government in power in the country. When the Nande community challenged the presence of this new militia group, the Mai-mai Kyaghanda Yira, there was a near-instantaneous birth of Mai-mai Mazembe, which was nothing but a transformation of the Mai-mai Kyaghanda Yira rejected by the community they claimed to represent. Later, the group Mai-mai « Corps of Christ » will appear almost as a spontaneous generation, with a decisive mission to extend the violence and the massacres in the cities of Butembo and Beni. However, even this group remains a metamorphosis of what will be the meeting between Julien Paluku and the Berlin group in September 2015 at the Hotel Auberge de Butembo.

The misfortune of Berlin stems from the fact that he has not lived up to the task entrusted to him. He was unable to control or harmonize the movement and actions of the elements of the Body of Christ and the Mazembe during their incursions at the end of last year in Butembo and Beni. Indeed, this stage which largely missed its objectives, was to mark the completion of the reign of chaos to be installed in Beni and Butembo, according to the Kabila plan on Beni-Lubero and Ituri.

Daniel Masinda aka Eric is the closest companion to Berlin. He must share the consequences of the failure of Berlin. As a mobilizer within their group, he was unable to persuade the indigenous to rally to their game. Even the influence traffics they applied using the name of Mbusa Nyamwisi did not convince the mass Because their malice, opportunism and betrayal to the detriment of their own brothers was soon revealed. With his comrade, he deserves the salary of their treason.

Saperita, a former Mai-mai Vurondo, is the main execution agent used on the ground by Kakolele Bwambale alias Aigle Blanc, for the sole reason that the ground is not accessible to the latter, because of its multiple blunders passed to the memory bitter that he does not even dream of repairing.

Initially, shortly before Morgan’s death, he was part of a mission for which Kinshasa had commissioned Kakolele from the Mai-Mai Simba in Epulu, not only to supply this militia leader, but also to solicit his junction with the murderers who were going to begin their operations in Beni. Kakolele having been intercepted and sent back to Kinshasa, Saperita continued his mission to Beni, strongly recommended by Governor Julien Paluku. It was then that he was to recruit from the natives combatants to deliver to General Mundos who, in turn, had to associate them with the slaughterers already in full action in the department of Oicha and Eringeti. In this task Saperita had to remain strictly in collaboration with Roger Berlin and Daniel Masinda with whom he shared the same instructions of work received from the governor Julien Paluku executing himself the orders of President Kabila. There is no need to recall clandestine meetings in which all took part around this governor during his visits to Beni. Hence, what is more normal that he finds himself today in prison with his colleagues of mission, since he knew how to penetrate dangerous secrets of State crime and become formidable and embarrassing!

Maranathan, the great master of the Mai-mai Body of Christ

The Mai-mai group of the Body of Christ was conceived as the most sharp tool in the conspiracy to knock out the Nande community. Maranatha was used in this program as an unconscious agent. Its leaders, Berlin and Masinda, and later Kakolele, deceived him that the resistance they are mobilizing to defend the Nande community against the murderous invaders is headed by Mbusa Nyamwisi, the charismatic leader of the community. On the one hand, Berlin, Masinda and Kakolele did not struggle to defend their community against the killers, but rather to collaborate with these barbarians to decimate their own brothers because of some purely selfish interests; On the other hand, Mbusa never asked to mobilize such an armed resistance under the present circumstances for local self-defense, nor was it in contact with the Berlin group, Masinda and Kakolele, on the contrary, Deployed to discourage any attempt of this kind.

On the occasion of the appearance of the Mai-mai Corps of Christ in Butembo and Beni, Kakolele publicly claimed his patronage over the activities of this group; His statements have been followed everywhere on international airwaves. He then summoned Maranatha to Nairobi, where he set up his clandestine home in order to inculcate the ideology he had himself received from President Kabila and the governor of North Kivu, Julien Paluku.

If Maranatha had committed himself with courage in invasive actions to Beni and Butembo, he wrongly believed that he was responding to Mbusa Nyamwisi’s call for resistance. Kakolele, who had understood the psychology of Maranatha, had to organize himself accordingly: a mise-en-scene was needed to persuade and reassure him. In Nairobi, Kakolele often created comedies. He had, in many circumstances, pretended to converse on the telephone with Mbusa Nyamwisi in the presence of Maranatha. He was acting as if he received orders from him that he had to transmit to Maranatha and other combatants who were on ground for execution. But when Maranatha asked him to speak personally to Mbusa, he never accepted it. So Maranatha returned to Butembo with the observation of what he saw, and exposed to his collaborators what he experienced, that is to say the lie of Kakolele who falsely trafficked the name of Mbusa Nyamwisi, explaining that there would be nowhere Mbusa’s hand in what Kakolele organizes which, in addition, rolls more in favor of the M23.

Panic of this failure, Kakolele demanded that the security services that collaborated with him in the criminal plan of extermination of the Nande for political reasons of the power in power, immediately stop Maranatha and put him out of condition to worsen the Betrayal of the secret of their conspiracy.

Since the establishment of a military court in Beni to try suspected ADFs accused of causing massacres of civilians in the Beni region of North Kivu in eastern Democratic Republic of Congo, of this court have extended on avenues of investigation that lose in confusion. A deliberate dilatory approach is maintained, aimed at diverting all attention from the real culprits of the crime, incriminating the innocent. Thus, when accused and witnesses explicitly cited the involvement of well-known authorities, the court sometimes sought to insist that local customary chiefs were complicit in ADFs, sometimes carrying opinions on the M23 case, So that it became difficult to situate the real object of the current court.

Nyonyi Bwanakawa, the mayor of the city of Beni was quoted as a sponsor, but the court pledged to defend it fiercely. General Mundos was presented by the defendants as the main cooperant to the massacres. The Congolese government dissimulated it, as its intervention before the tribunal would lead to an irreparable scandal.

Local, national and international opinions should be alerted to the arrest of Berlin, Masinda, Saperita and Maranatha, who are among the executing agents who have played a key role in the current drama of the Beni-Lubero region and Ituri in general, and especially that of Beni. There is reason to fear that this arrest will in one way or another lead to the disappearance of the persons concerned, with the risk of erasing the traces of truth sought as regards responsibility in the massacres that exterminate of innocent people in the Beni region.