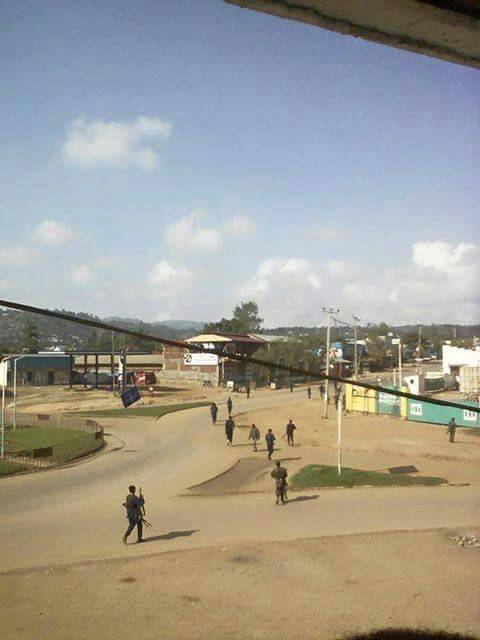 Total panic in Beni, as the murderers declare themselves « liberators »!

Since this morning, the town of Beni, in North Kivu, is attacked by assailants not otherwise identified. It all began at Kalau, a town about ten to the northeast of downtown Beni, where assailants stormed a FARDC position. This geographical description indicates at the outset that these assailants originate from the areas used by the slayers and would be none other than those slaughterers themselves.

45 minutes later, other groups of assailants who had overflowed launched another front directly on the district Rwangoma, in the south-east of the city itself. We discover here that the assailants are part of the team of those outlaws who have been operating in Kabasha for about a week. Meanwhile, other attackers continue to manifest themselves in places that are closer to the city center as they progress through the vicinity of Malepe.

In all cases, the first observation indicates that the attackers are heavily armed, or even as much or more than the government soldiers on site. The enemy were able to take Radio Muungano hostage in the morning, the town hall of the town of Beni, where it was recorded at least four dead. 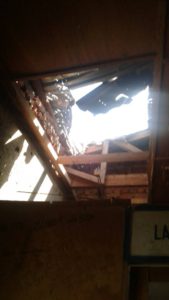 This situation comes as the finalists of the secondary school meet in the final examinations of the State Examinations in some nine centers throughout the city of Beni. Sadism has been observed among the assailants who have already targeted a few public places by firing shells, including the Bungulu Institute and a State Examination Center have been targeted by bombing. Already it is announced a heavy balance in one case as in the other; It will take some time to assess the damage.

Meanwhile, MONUSCO, which has descended into the city and FARDC elements, can be seen in the areas still unaffected by the clashes, apparently without sufficient response capacity, so that some observers denounce the complicity of the authorities at any level of the hierarchy in the setting up of a tragic theater.

This event is the result of a curiously planned curfew by the authorities, an eminently sophisticated strategy that aimed to allow agents of the terror of Joseph Kabila to infiltrate our cities in order to bring desolation to our people. BLO was certainly right to have stressed it from the start, the very day of the attack and escape from the central prison of Beni. It is appropriate to require local and provincial security committees to explain how the enemy was able to penetrate the town of Beni while, according to Provincial Governor Julien Paluku, all the security forces in the town are supposed to patrol all night just so that such an unfortunate surprise does not happen.

It can not be overemphasized that the enemy of the FARDC is in the FARDC. The curfew was useful to allow FARDC collaborators of the pro-Kabila terrorists to come and install their terror machine at night in the city and pretend an invasion attack, while the invasion was prior to the attacks currently underway in the city.

The people should stand firm and firmly resist until their last energy to the blow that the power in place rises in order to place the natives under the servitude of the invaders.