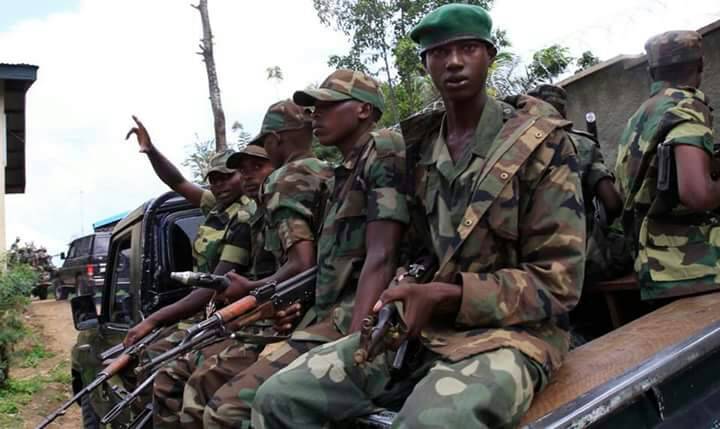 Red alert !!! The FARDC caught hand in the bag refueling the butchers in Mayi-Moya (Beni)

Revelations about revelations, evidence on evidence about the real scenario of the official in the tragedy of Beni. On Friday, October 12, 2018, in a thick of the darkness, a FARDC truck, the official army of the Democratic Republic of Congo arrives at Mayi-Moya by the Beni-Oicha axis, and stops in the bush, at 3 kilometers from the center of this agglomeration.

Immediately a column of people dressed in civilian clothes, a multitude of people, out of the bush and embark aboard the FARDC vehicle parked. They were so numerous that one would have thought of a people in mutation. As soon as the boarding was over, the truck returned in the same direction it had arrived, bringing its passengers back in all discretion, except for the awkward vigilance of the poor inhabitants of Mayi-Moya who can only offer their helpless gaze at the staging almighty in power.

Two days will have been enough to see these intruders reach spectacularly their goal. On Monday, October 15, 2018, those who were recovered from the bush in the dark will reappear publicly in broad daylight, not as outlawed thugs, but well dressed in FARDC uniforms, as if they were returning freshly from a military training within the Congolese army. Only one trait could openly betray their origin, their leggings, which they could not suddenly throw away. They then resumed in full view of everyone the direction of their usual quaters, well dressed and each equipped with a bulletproof vest, arranged in single file and resonating their leggings boots as to mock the people who had watched in vain, hoping to unmask them in time. Unfortunately, it must be understood that no one is allowed to make any accusation against Jesus Christ before God the Father. Yes, the people of Beni are under the illusion that they have a father who can protect them and with whom they could complain about the « ADF ». Ah! what to do when a father sacrifices the sons of the house to buy a slave?

Evidence on the responsibility of the Congolese authorities, civil and / or military, in the massacres of Beni, we will have much collected! But who is ready to consume them, even when the international community resigns and betrays its ancestry by explicitly choosing the camp of accomplices? Yes, it has always been in this way that Kinshasa is arming terrorists in Beni against its own population under the complicit and complaisant eyes of MONUSCO, the international community.