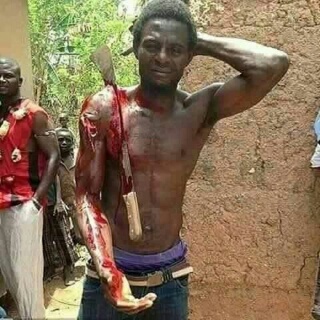 DO YOU KNOW WHY KABILA PROLONGED HIS STAY EAST?

It’s a little over a month since BLO closely follows the new Criminal program of Kinshasa power in lieu of the final plan of the regime wanting to prune in the rock an issue despite the despair that overwhelms him on the field of political battle. At first, we should emphasize to our readers that the following data are by no means the product of a simple analysis (to which anyone would rightly tried to give a speculative risk to see an extremely relative value), but really the real facts from the sources in the high politics are of President Kabila himself.

We believe it is urgent to reveal this new machination, given that the elevator has just taken its initiators for its implementation. Another reason for the urgency is the surprise to have found the way the Governor Julien Paluku, playing smart, just wonderfully confirmed this criminal plan with all its content; and it is there that we should start.

What is Mr. Kahongya saying?

In his Message of condolences made for the occasion of cowardly massacres of hundred and twenty seven (127) civilians in the middle of the town of Beni this Saturday, August 13, 2016, the provincial governor of North Kivu alert opinions both national and international that the work of terrorist groups, he said, is in full swing in the regions of Beni.

With that, we should urge the Governor to listen to his conscience (about complicities that involve him personally – of course beside the regime – in the tragedy of Beni), if he still has a human heart, and to stop lying like a child. Also, it is not surprising how Julien Paluku and Lambert Mende complement each other in the effort to keep this lie in the service of power they are flock of. And thus easily detect branching in the chain of political laboratory of the tragedy of Beni. Indeed, compare Beni events to the activities of terrorist organizations in places like Nigeria, Mali, Cameroon, France, the USA, Belgium and elsewhere in the world is an awkward extrapolation that could only convince a naive spirit.

However, knowing that these kinds of conventional terrorists still operate nowhere on Congolese territory, not even in Beni, today it is necessary to emphasize that the consistent message of the Governor of Goma (Julien Paluku) and the spokesperson of the central Government (Lambert Mende)

is indeed the announcement of the imminent arrival of such terrorists, according to the program that the President of the Republic initiated to ensure the sliding of the end of his presidential term.

We emphasize that these two officials are now announcing the terrorist work that the Government will establish against its own people. For proof, everyone can see that we never needed to force a confession out of Islamist terrorists every time they committed an act. On the contrary, they are quick to claim as soon as possible for any damage they cause. Why would they make exception for the case of the DR Congo, be sure that it is always the spokesman for the Congolese government that speak in their place and claimed in their name acts they have never been afraid of? It is thus to be understood that the Congolese Government is struggling with a suspicious plan in which it holds the secret …

Corroborating sources from the secret affairs of President Kabila in both Kinshasa and Kigali have clearly delivered the following information:

– To successfully remain « master » of power in the DRC, Kabila has resolved to organize a state of chaos in the East of the country in general, particularly in paving the way for the group in Beni, where confusion reigns already (desired and maintained by him) in the security situation.

– Hence, funds were allocated by the Congolese presidency to start this recruitment in the Somalian environment in Kigali (Rwanda) and from the available volunteers for the job throughout East Africa. It is this network that got among other Ugandans who are being captured during fighting in the Beni operation areas.

– It was noted that supervision of this task is entrusted directly to the national head of the ANR (National Intelligence Agency), in the person of Mr. Kalev Mutond. The latter coordinates from Kinshasa emissaries dropped abroad. For diplomatic niceties, one should refrain from disclosing the names of his correspondents located abroad, except when the international investigation recuse. At this stage, few terrorists were recruited, of which ten were deployed in Goma to begin the study of Goma itself, Rutshuru, Butembo and Beni, while others were infiltrated in Kinshasa, the capital city.

– After seeing the slow desired result, it was perceived that this limited approach at the East African region would not respond in time to the need of the moment. It was then that another broader approach will simultaneously embrace several countries of Asia through northern Africa. At this new stage, Kabila’s recruiting service of Islamists was sent to establish a connection to the Hezbollah of Lebanon, Islamists from Yemen, the Front Islamic Syrian and Islamists Libyans in Sirte.

– Some eleven experts terrorists were obtained in Syria. This is the information we hold for about three weeks. These terrorists are already introduced in DR Congo to train local and regional recruits in bomb attack and the Kamikaze.

– In Sirte, Libya, Kabila’s terrorist recruitment service contacted terrorist experts mostly Libyans who were to enact as consultants to establish the terrorist organization to be implanted in eastern DR Congo. It has not been explained to us the number of Libyan terrorist experts who agreed to come to Congo.

The following scenario already designed to direct terrorist activities mounted for bereaved DR Congo, particularly in the part of the East:

– Everything should start with kidnappings great personalities. The main targets of this kidnapping project include the major political and administrative authorities, the ecclesiastical authorities (including the missionaries), large traders etc. To this end, it is a set checklist before crisscross projected kidnappings (we decline to publish this list to avoid throwing panic into the minds).

– The kidnappers will claim these abductions as Islamist groups, and will require the government to pay ransom (especially in the case of abduction of political and administrative authorities).

– The government will hasten to pay the ransom demanded for the release of the hostages.

– Immediately there should intervene the decisive phase of the plan of this terrorism: major attacks trapped and Kamikaze will be organized in public places such as markets, public parking, churches, schools, public transport etc. through the main towns and cities of the East of which Butembo, Bunia, Beni, Durba (for its gold mine), Goma, Kiwanja etc.

– As soon as the central government will amplify the alert (which has already started with the televised message by Lambert Mende from 14 August) for opinions, while inviting the international community to support the Congolese government in the fight against this International terrorism.

– It will not be allowed for international journalists to access areas under terrorist pressure, to avoid external witnesses.

– And, to further stimulate the international community to believe in the presence of a terrorist group on land, other attempts and attacks of large sizes will target the installations of MONUSCO, its personnel and Humanitarian Organizations working under the supervision of Nations United.

– Meanwhile, actions relating to insecurity and terrorist acts will multiply with the entry into the scene armed groups prepared beforehand by the country’s leaders, including: the Mai-Mai Kyaghanda Yira, the Nyatura, False FDLR and false ADF that will intensify further the massacre extent already underway.

– The Congolese government, to further confuse the situation, will accuse neighboring Uganda to serve as the field of recruitment and passageway to said terrorists.

– Even more, President Joseph Kabila, while declaring a state of emergency or state of war against global terrorism, will be moving to the East under the pretext to personally look after this fight.

There are two objectives that Kabila regime is targeting in this criminal plan:

– First, at the national level, it is to come up with a scenario able to distract the people of Congo, which is currently too focused on the pending expiration (in three months) of the last presidential term of Mr. Joseph Kabila. He and his political laboratory believe that given the magnitude that will take the planned terrorist activities, neither political opposition, nor civil society, nor any lifeblood of the nation, nor the international community will demand immediate elections to the tone currently collected; but all will be focused on the East and Beni, concerned about the earthquake brought by terrorists.

– Then, at the international level, it is a hard effort to dispel the charge that worsens support for the Congolese authorities in crime orchestrated by the massacres of Beni: the complicity of the country’s leaders and the government army. Kabila and his collaborators hope to escape the stalking of the International Criminal Court, if they managed to establish a network of terrorists who must bear the burden of Beni killings.

Noting how parallel analyzes (through social networks) coincide with our publication of this revelation, we dare to believe that an information leak secret that we are unveiling has also reached other population layers one way or another, as can be noted among other things the following video: