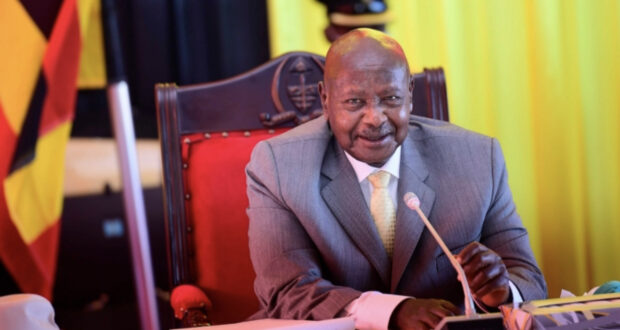 The Ugandan army’s (UPDF) heavy intervention in eastern Congo on Tuesday, November 30, 2021, marked a decisive turning point in the « cold war » that Uganda and Rwanda have been waging for quite some time.

The campaign of aerial bombardments and ground artillery fire, carried out in a surprise manner on the night of November 30, 2021, inflicted heavy losses on the Rwandan forces (the RDF) that had been operating covertly in the border areas of Beni and Ituri under the mask of the ADF phenomenon. The scale of the losses suffered by Rwandan forces is such that there is talk of a climate of anger, panic and desolation in the circles of Paul Kagame’s government in Rwanda. Rwanda has complained to the government in Kinshasa that it did not warn it of the impending Ugandan army bombardment, during which several Rwandan officers and high-level instructors were killed because they were unable to evacuate the ADF bases in time. In the Nobili, Kamango and Semliki areas, almost all of the ADF infrastructure put in place by Rwanda was destroyed. Survivors of the bombings and the wounded have been recovered by the Ugandan military, from whom they have obtained a great deal of information through interrogation. The wounded are being treated in UPDF-controlled hospitals in Uganda and continue to provide valuable intelligence.
The ADF group, mixed with the FARDC, which controlled the Beni-Komanda axis, fled precipitously into the western part of Beni territory to the areas between Mantumbi, Mangina and Mambasa, in neighboring Ituri province. According to our sources in Uganda, the bombardment of these ADF has become tricky since they seem to be mixing with the FARDC operating in this part of the country, particularly in the mining areas.

In response to the Ugandan army’s bombardment and the establishment of the UPDF in the northern part of North Kivu and the southern part of Ituri province, Rwanda has taken several military and diplomatic steps to try to make up for lost ground. On the military front, the day after the Ugandan bombings, Kagame sent new forces into Goma and positioned them in Nyiragongo territory and the Ndosho and Birere districts. He then revised the control of the usual routes taken by the Rwandan army between Rwanda and Ituri through Goma, the territories of Rutshuru, Masisi and southern Lubero. The Ugandan newspaper Command1post[1], which is close to military circles, claims that Rwanda is preparing to deploy its special forces en masse in North Kivu and Ituri to carry out terrorist attacks against the Ugandan army, attacks that the Rwandan media propaganda will hasten to attribute to the ADF each time to discredit the Ugandan military presence. Our contacts in Rwanda speak of « turning the far north into a powder keg.
Wounded in his pride by the destruction of his bases that he took time to consolidate in the maquis of Beni and Ituri, Paul Kagame intends to take revenge on the Ugandans by launching waves of terrorist attacks in eastern Congo. The Ugandan newspaper claims that Rwanda is recruiting pro-Kagame FDLR gangs to launch these attacks against the Ugandan army.
Diplomatically, Rwanda has succeeded in convincing MONUSCO and the Kinshasa government of the idea of « force pooling » involving the Ugandan army (UPDF), the FARDC and MONUSCO troops. Kagame, who has important support within MONUSCO and the FARDC, thus has the means to orchestrate twisted coups in areas where the UPDF is established, using black sheep from MONUSCO and the FARDC. Our sources tell us that the Ugandans, who were initially opposed to this pooling, have accepted it so as not to make MONUSCO look like a useless force. But this is only to keep up appearances. Officially, the UPDF-FARDC-MONUSCO coalition is commanded by Congolese General Camille Bombele, but in reality, it is the Ugandan officers who continue to decide. They have been instructed never to trust either the FARDC, infiltrated by the Rwandan army, or MONUSCO, which has been orchestrating hidden agendas for its 21-year presence in Congo.

The history of an unmentionable « cold war

To return to the history of the secret war between Uganda and Rwanda behind the ADF phenomenon, it is necessary to recall the rivalry between the two countries and the influence that Rwanda has gained in Congo by taking advantage of the 18 years of Joseph Kabila’s presidency.

While Uganda, which withdrew its army from the Congo in 2003 after the events in Kisangani, devoted itself to its development, Rwanda established itself militarily in the Congo by infiltrating and infiltrating the DRC’s security services, its army, its police and even its diplomacy. By multiplying repeated wars (CNDP, M23, ADF) followed by mechanisms of mixing and mingling, Rwanda managed to flood the Congo with its agents from everywhere, and even to control almost all the armed groups in Kivu and Ituri.

Since 2013, Rwanda has strengthened the ADF by massively injecting its subjects chased out of Tanzania by President Kikwete, the FDLR whose return to Rwanda Kagame refuses to accept, unaware and business-minded officers of the FARDC, and poor inhabitants of Beni kidnapped and forcibly recruited into the ranks of the ADF. The chaos created by the accumulation of these masses of fighters in the border areas with Uganda has come to threaten Uganda’s economy and even its security. Eastern Congo is vital to Uganda’s economy. Moreover, the ADF, which never attacked Uganda, was accused of being behind a series of attacks during 2021,[2] including the attempted assassination of former Ugandan Defence Minister Katumba Wamala on June 1, 2021, in the capital Kampala. The general’s daughter and bodyguard were killed in the attack. This was too much: Uganda could not stand idly by indefinitely.

Towards state terrorism by Rwanda against Uganda on Congolese soil?

In military terms, the technology used by the Ugandan army appeared to be far ahead of the capabilities of the FARDC and the Rwandan army. Ugandan army fighter jets and drones are reportedly capable of accurately hitting targets over vast radii beyond Kisangani at any time, day or night. This Ugandan firepower is likely to cause Rwanda and its allies in the FaRDC to avoid accumulating enemy fighters in one place and to create new fixed bases like those razed overnight in the Nobili and Semliki areas by Ugandan military aircraft. They should rely on the strategy of asymmetric warfare, i.e., surprise attacks by attackers operating alone or in small groups without a fixed base. This will clearly be a terrorist war of attrition, and it is difficult to know how well prepared the Ugandans are.