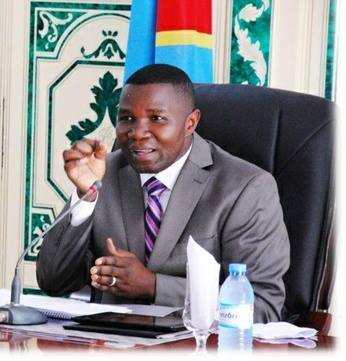 After being cornered by questions about the decision to suspend the international conference from Kyaghanda to Kasindi, the administrator of the territory of Beni has just revealed the whole truth. It was indeed from the provincial governor, Mr. Julien Paluku, that he received the injunction. The decision to suspend this conference fell as a rigid and categorical order. Of course, the governor himself received this instruction from the Head of State.

However, the enthusiasm with which Julien Paluku enforces this order that hurts his own community hides his interest in this matter. He found a good opportunity to punish his base who, according to the betrayal of his entourage, disowned him with his boss (Kabila), in favor of Antipas Mbusa Nyamwisi. It is for having failed to « instrumentalize » the Kyaghanda in the service of the power in place that Julien and Kabila get angry against the Yira community.

The tribe YIRA / NANDE is considered by the « kabilie » as a tribe hostile to its power; it must therefore be stifled by all means. Also, the few Nande that lurk around Kabila are important only to the extent that they can be used to annihilate their community brothers, the ‘Bayira’.

The Administrator of the Territory of Beni, confronted by appeals, clearly acknowledged the pressure he suffered from the Provincial Governor when he said: « Ask the Governor, I am executing the orders. »

In a meeting that has just closed in Goma, Governor Julien Paluku Kahongya (who knows how to see Mbusa Nyamwisi’s shadow everywhere) has told his disciples that this structure (the Kyaghanda) is controlled by Mzee Antipas and that blocking it is blocking him too. But in reality it is because the Kyaghanda refused to join the antipatriotic game of the Kabila regime that Julien Paluku resolved to sacrifice his community. According to information verified in the entourage of this Governor, the power would have already managed to pocket the Kyaghanda-Kinshasa and the Kyaghanda-GOMA. Thus, the resistance of Kyaghanda-Kikulu to let itself make it impels him to suspect the influence of Mbusa Nyamwisi (that he and Joseph Kabila dread so much) on this structure.

Julien Paluku also blushed with anger as he lost his ancestry on Mai-Mai Mazembe (the fruit of his personal initiative) who have raised his heel against him since he (Julien Paluku) preferred to sign agreements with the NDC-renovated for a coalition with the men of KAKOLELE allied to the M23.

Another reason for the outbreak of the provincial governor and the group of Vahamwiti, Mughole, Yereyere and their followers is the fact that the organizer of the Kasindi conference is the local president of the Kyaghanda, the engineer Kambale Nzangi Josué, brother Cadet of the Honorable Butondo Muhindo Nzangi, whom they regard as their sworn enemy.

In short, Governor Julien and his followers acquired for the benefit of Kabila’s power agreed to sabotage the structure which nevertheless carries all their electorate solely for their selfish political interests. The community took note and awaited the gravediggers at the turn. And it’s coming soon.