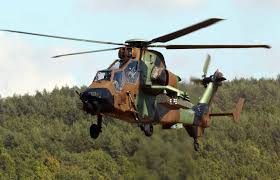 On the basis of the investigations carried out within the FARDC, in the area close to the M23 and on the ground, with the support of military experts of high quality and high dignity, BLO wishes to edify the opinions that the crash of helicopter FARDC last weekend, as announced by military sources in Goma, is another major conspiracy of power in place against the Congolese nation and its army. From the outset, it was discovered that even the recovered aircraft was not bombed or suffered a technical breakdown, but this helicopter landed on its own, but intentionally bumped on the ground in a brutal way to provoking a few crashes likely to support the thesis of a crash or a bomb attack, with the objective of supplying the rebels of the M23 with the arms of the Congolese government and using means of the Congolese State. Moreover, crews of Russian nationality apparently missing would be safely present at the M23s. Would they be mercenaries or would it be a Kinshasa strategy to involve Russia in the Congolese problem?

Why a helicopter shot down in the air by rebels or suddenly broken down while it was in the air could not crash by bumping on the ground by the tip of its cabin (9 meaning that any plane falling in free fall crashes)? Why, by probing the hypothesis of crash, this plane could only avoid all the trees to crash only on apparently very tender grasses? – Besides, indications of the unloading of equipment of which weapons and other military effects are visible on the side of the open door of the wreck of the apparatus nailed to the ground, leaving debris around. It is true that M23 elements from Uganda and Rwanda infiltrated the Bunagana – Chanzu – Runyoni department. However, these incivic ones returned to their strongholds without carrying weapons, so another question arises about the origin of the weapons that could enable them to shoot down a whole helicopter of combat.

Military sources announced in Goma, on January 27, 2017, the crash of two combat helicopters of the Congolese army, FARDC, in the territory of Rutshuru. Initially, these sources expressed themselves in terms of a « crash » hypothesis, before adding immediately that it was the rebels of the M23 who shot down the two aircraft. According to Radiookapi.net, two FARDC officers and the three crew members of Russian nationality came out with wounds, without any death. Finally, the wreckage of one of the two aircraft will be spotted at the bottom of the bush not far from the borders with neighboring Rwanda. This is where all the data that have allowed the revelation of the scenario that was mounted around the loss of these two war planes of the Congolese army come from. The other helicopter aircraft remained untraceable with its crew.

The astonishing silence of Kinshasa:

Compared to what happens in any country in the world, the Congolese official, or even the president of the republic himself or his prime minister, had to appear on television to convey a strong and moving message both for the Nation and for foreign opinion, after the « rebel attack » that the military sources in Goma report against the two FARDC helicopters. A consistent reaction should have been, inter alia: « an act of war against the alleged rebels; the president of the republic would be on television to send a message to the Nation, the army would be put on high alert and would be shelling the area supposed to shelter the maquis of the rebels, the border between the DR Congo and Rwanda (Which favored the infiltration of these rebels) would be temporarily closed, political parties and organizations of citizens movements would be in the streets in protest, the Ambassador of Rwanda in Kinshasa would be invited to explain the provenance of Rebels of the Rwandan territory, the Ambassador of the DRC to the UN would have taken steps to seize the UN Security Council etc. «

But unfortunately! In Kinshasa, there is a silence of death, as if it were a banality. Joseph Kabila succeeded in taking in his bag the thirsty positions and power of the Rally of the opposition. Unfortunately, they are likely to pay dearly for the cost of their treason against the people and will risk eternally staying in the illusion of a Joseph Kabila who never shares his power with anyone.

Kabila is leading his game. He decided to personally deal with the reorganization of the M23 rebels by providing them with all the necessary financial, logistical and technical resources. Meanwhile, he continues to feed the distraction to gain more time with dialogues of which he will never sign the agreement, unless everything is fiddled to extend further the period of his reign.