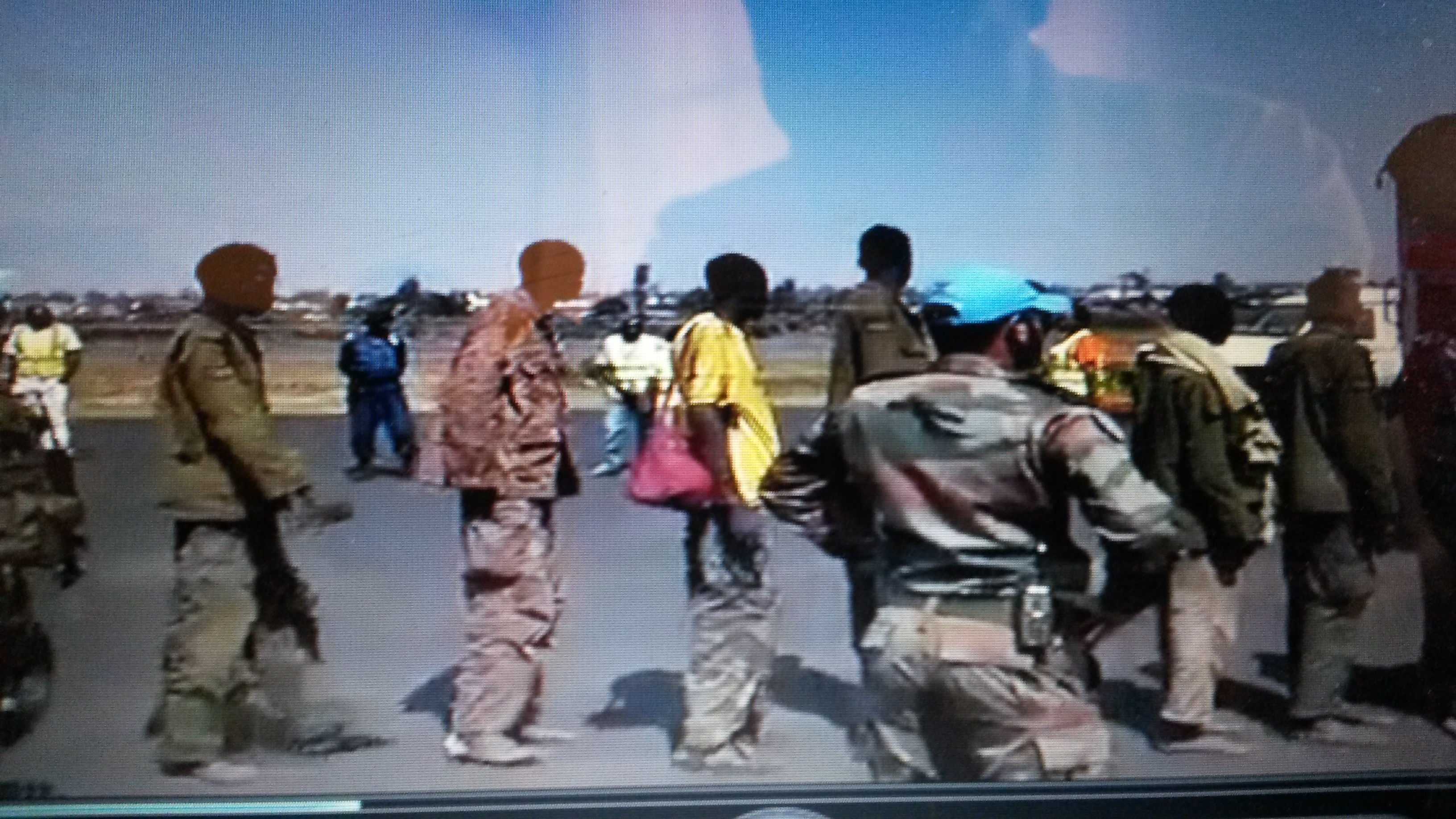 South Sudanese rebels in Goma, nothing left to chance: a new scourge that has already been predicted…

All of insecurity phenomena that are discussed daily in North Kivu for over two decades can finally be considered “routine case”. Because opinions are so used to it that many have somewhat ceased to be sensitive. Indeed, the FDLR, the Mai Mai, the Rwandan invasions or sometimes Ugandan ADF / NALU … we have spoken of them too much! 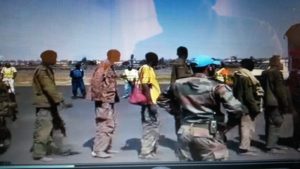 However, a new phenomenon is added to this routine situation: it is now the turn of uncivil, South Sudan off-the-law to come and be part of the history of the tragedy in North Kivu . The arrival of the South Sudanese rebels in Goma has been the worst gift that the month of September 2016 will have offered in North Kivu already deeply affected by the phenomena of insecurity.

They come, they flock, a bit like parachutes (given the space they are required to go to reach the destination), and the continuous movement; the Goma Airport and people around the Nyiragongo territory are witnesses, and no one knows for how long …

Is it all that the Congolese government and MONUSCO could do in their desire to lend humanitarian assistance to the so-called rebels? Goma and North Kivu already a hot land whose inhabitants would find shelter elsewhere would they really be most appropriate medium to gather people presumed to escape war?

That is why it is wise to continue to examine the question of “what game are the MONUSCO and the Congolese Government playing”.

It is of concern to all Congolese in general, but to the citizens of North Kivu in particular to learn that the Congolese authorities are nevertheless determined to immigrants rebels from South Sudan in areas under tension in North Kivu whose territory of Masisi, where three sites are already targeted.

The prediction of Benilubero Online was not wrong

Just weeks were went by from the time BLO revealed what was hidden behind a secret pact Kabila-Machar. Machar had to book a largest possible number of its fighters to come to support the implementation of the terrorist regime of Mr. Joseph in North Kivu and Ituri. Here it was found a form acceptable to cover the shipment of such fighters.

On the occasion of their progressive arrival via the airport of Goma, BLO had again warned that an unpleasant surprise was at cross of the road: the rebel fighters received for humanitarian reasons are potentially on vocation to don the uniforms of National Congolese police and those of the FARDC.

This is actually bitterly as well intimate sources for safety services in Goma reported that the prospect of this kind of Machiavellian plan is already taking shape, with the likelihood that southern Sudanese rebels take the road towards Beni and other previously targeted cities in the East of the country, especially for use in the terrorist program activities which BLO had also unveiled the program for several days.

The pressure of the civil society of the territory of Nyiragongo on MONUSCO and the Congolese government to demand the departure of the rebels are founded. The sooner the better!

The steps that have been undertaken by this structure is well. Better it is urgent to put a particular emphases. Also, there is a reason to judge that the result received so far is not enough as a way to read below:

After two successive meetings with MONUSCO / North Kivu, dated 21/09/2016 and of the Provincial Government of North Kivu dated 09/22/2016 on the above subject and spring out of this meeting that the presence of these elements in South Sudanese province of North Kivu specifically in the Territory of Nyiragongo, would be subject to a logistics demand from the Central Government of the DRC, due to which the Civil Society Forces Vives of Nyiragongo unknown to this day. Information received from ether side, the Congolese Government would be responsible for this presence that people doubts.

Here are the different revelations:

– These elements are part of the rebel South-Sudanese under command of General RYECK MACHAR who after his military defeat, crossed the Congolese-Sudanese border mainly in the Garamba Park;
– A joint commission (MONUSCO-DRC) would be implemented to identify the different sites where will be installed these South-Sudanese elements which, according to MONUSCO, they are in transit to their camp of Munigi;
– 11 sites are planned over the whole of the DRC of which 3 are targeted and identified by the same joint commission in Masisi territory;
– A lot of heavy weapons, light and ammunition are in the hands of the Congolese Government after the disarmament of the rebels quartered by MONUSCO;
– Two of these elements would be dead and buried this 9/21/2016 by the ICRC.

After the sit-in and the memorandum to MONUSCO, the Coordination of Civil Society Forces Vives of Nyiragongo learned the presence of His Excellency the Minister of Defence, in the camp of MONUSCO / Munigi which we do not know what was his objective and mission.

When the population of the Territory of Nyiragongo is keen to the expiration of the ultimatum which ends 09/22/2016 at 23:59, MONUSCO in turn requests a joint dialogue with Government-MONUSCO with the population to meet this ultimatum which the Government of the DRC is seeking a moratorium of a few hours for a decision on this.
While the Government and MONUSCO take this situation lightly, the President of South Sudan threatens to prosecute the enemies of his country refuge in DR Congo and this is according to his statement at the General Assembly of the UN dated 20/09/2016.

In this context, the Territorial Coordination of Civil Society Forces Vives of Nyiragongo appealed to the Congolese people in general and those in North-Kivu in particular to be aware and get involved in this issue that could lead us into chaos.

To the International Community to take seriously the problem not to suffer the same negative consequences such as during the arrival of Rwandan elements, Burundians, Ugandans … which had turned into rebel groups in our country.
WHO WANTS PEACE GIVE PEACE.

The Democratic Republic of Congo can develop and go to elections without the Kivu – Genocide of the Nande People.