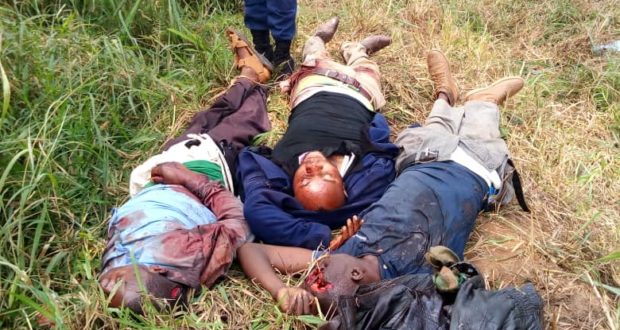 The massacres of Congolese compatriots on the national territory in Beni never attracted the active attention of the country’s authorities. Will the new authorities now be sensitive to the occupation of entities where the alleged ADFs will now go so far as to usurp their power by imposing their own social and administrative order?

In the embarrassment of this phenomenon, indigenous victims, and even other citizens outside and inside the country, question whether Beni is the subject of a zone deliberately sacrificed to the enemies of our
country. people. Today, most of the towns around the city of Oicha are openly under the control of the alleged ADF. Manzanzaba, Ahili, Kengele and Pongopongo to the northeast of Oicha are like a state in a state. It is the reign of terrorism that aims to evacuate all native people to places of asylum far from their homelands. Those who try to resist always do so at the risk of their own lives. According to the civil society of Samboko, two women escaped the abduction in Manzanzaba last Saturday, even of an entire family in Kengele.

According to verified information, the intention of said alleged ADF is to reach, as soon as possible, to control the entire area which includes the entire east of the road Beni – Eringeti. In the meantime, the complicit government will continue to favor this plan with indifference. It is extremely surprising that the new President of the country is just inheriting the attitude of his predecessor: the massacres of Beni, the massive loss of human lives, and the threat of the integrity of the national territory in the great North Kivu and Ituri are no longer among his priorities, he does not mention them anywhere in his emergency program of the first 100 days of his reign.

Who will save the Congolese? It becomes clear that the salvation of the Congolese is possible only by itself, rising against the continuity of a political system based on corruption, cheating (fraud) and sadistic opportunism.