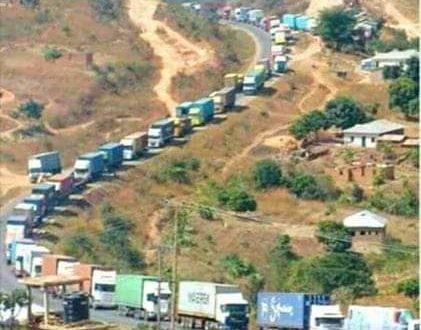 The causes of scramble observed today between Uganda and Rwanda are certainly multiple. But the Democratic Republic of Congo is one of the most important.

One of the hot spots of political and security news in the Great Lakes region these days is, without a doubt, the tension that reigns between the power of Kigali and that of Kampala. Would it be a real conflict or a theater? Now, it is impossible not to notice the extent of such a quarrel of a boy and his godfather, tutor, trainer when, in their neighborhood, they come to the closure of the border contacts of their respective countries. The antagonism between Kigali and Kampala is not a fact of surface; it draws its depths into a distant past, interpreted as the story of a child rebelling against his tutelage. President Museveni, after having “made” Kagame into a head of state like himself, is led to make the painful experience of contempt and arrogance that he receives in compansation.

1. All the malice of Kagame is already revealed in Kisangani in 1999

Under the rebellion of the Congolese Rally for Democracy (RCD), the world witnessed a first physical fight between Uganda and Rwanda in Kisangani. The Rwandan and Ugandan forces had accompanied the RCD
together to this point. And yet, the Rwandans will decide to drive out Ugandans to remain alone master of the ground. A war, very scandalous by the damage done to the Congolese innocent of Kisangani, was engaged by the Rwandan army, resulting in the withdrawal of the Ugandan one to Ituri, in Bunia. Amazing reality: a son who hits his dad without mercy!

Why? – President Museveni, in his vision of integral and integrated development in the sub-region, advised his Rwandan counterpart to privilege the take-off of the Congo by allowing or by introducing the
native people to a good policy of management of the public things, with the hope to see the DRC become a real economic partner of East Africa. However, Kagame, for his part, aimed in his intervention in the DRC, only the looting and enslavement of this country that he must now consider as the country of resources necessary for the
construction of his Rwanda. Blinded by this ambition, Kagame’s obstinacy forced his army to get rid of the Ugandan presence on Congolese soil. Unfortunately, many people immediately believed in the defeat of Ugandan forces at the end of the Kisangani clash, instead of sacrificing the wisdom of an old Ugandan president who demanded the withdrawal of his forces to stop the damage that was taking place. this useless war.

2. Kagame decides to make Rwanda a real virus in the sub-region

In 2009, Kigali’s ambition moves up a gear. The Rwandan president is putting together a nauci fi c espionage plan that targets all its neighbors and in the world. Considering the DRC as a country of office taken under his influence since the installation at the head of a Rwandan blood, Mr. Joseph Kabila, he had only to extend his actions on Tanzania, Burundi, Kenya and the United States. Uganda. The biggest actions of this program were the kidnappings and murders of the political opponents of the RPF regime both in the sub-region and in the world. Rwandan general Patrick Karegeya paid with his life in South Africa, his colleague Faustin Kayumba Nyamwasa continues to survive after escaping several deadly attacks. Taking advantage of the elasticity of the historical fraternity of the Kampala and Kigali regime, the latter will organize, with the complicity of its secret agents infiltrated in the Ugandan security services, the deportation of the multitudes of Rwandan opponents exiled in Uganda. These actions have continued to these days in the United States, Europe, Canada, Great Britain, several African countries and the world.

The Ugandan president is now treated by Kagame as a sponsor of the Rwandan rebels only because he perseveres in advising his counterpart that it is not in this way (manhunt and assassination) that a country
Democrat claiming could treat opponents to the ruling regime.

3. Kagame becomes the leader of the DRC’s Balkanization plan

The only way that Rwanda could keep a permanent hold, if only on part of the DRC, remained the support for the balkanization of this giant country by various maneuvers. Of course, all the so-called Liberation
Wars of the Congo scarcely concealed this objective. The biggest concern of the Kigali regime is to keep a permanent presence in the DRC under the pretext of threatening its classic rebels, the FDLR. In 2009, taking advantage of the joint FARDC-RDF operation called “Umoja Wetu” against the FDLR, Kigali sent about 15,000 Rwandan
soldiers to the DRC. At the end of the official withdrawal of Rwandan soldiers from Umoja Wetu, only 3,000 soldiers were the object of the official ceremony organized for this purpose. The remaining 12,000 were infiltrated into the FARDC under the cover of the former CNDP, and with the complicity of Congolese leaders, to become what is informally identified to Rwandophone regiments of the FARDC. These have laid the foundations of the eviction of genuine Congolese within the national army which we see the accomplishment of our day. In 2012-2013, the phenomenon of the M23 rebellion marks its history in eastern DRC. Kigali asked his puppet of Kinshasa to fabricate this pseudo-rebellion for a multiple purpose, the main one being to open the corridor through which Rwandan subjects (Hutu and Tutsi) were to be deported to the DRC to support the occupation of the country. land in Kivu and Ituri.

In 2013, Kagame actually starts to get rid of Hutu he considers bulky in his country and makes them relocate informally, with the complicity of the power of Kinshasa, the great North Kivu and Ituri. This illicit immigration will become the basis for the launch of the massacres of indigenous people in Beni (already in progress since 2014) on the one hand, and the preparation of the attack on Ugandan territory on the other hand. Therefore:
– The genocide against the Nande community (considered as the main obstacle to the Balkanization plan of Congo, is launched as of October 2014;
– Uganda is increasingly threatened by this expansion of Rwandan or at least pro-Kigali forces, which therefore dominate much of its border with the DRC;
– He discovered the Rwandan plan to destabilize Uganda in order to sabotage its economic plan which aims to build the pipeline to transport the Ugandan oil to Tanzania; but the invasion of pro-Rwandan forces in North Kivu and in Ituri is also aimed at the exploitation of oil from the Congolese Albertine Basin for the benefit of Kigali in
sabotaging Kampala;
– But Kigali identifies another puzzle in this ambition is the rapprochement of the Nande people and the Hema on the one hand, and the rapprochement of the Nande community with the power of Kampala on the other. In these conditions, Kigali discovers a real restriction imposed on his plan to invade Beni-Lubero and Ituri.

4. Necessity for Kigali to gnaw Kampala’s power from within 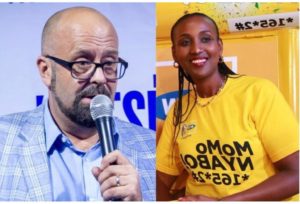 The government then decided to infiltrate and control the Kampala regime as deeply as possible. The police, the army and the intelligence service were infiltrated so that the Ugandan authorities did not notice much. In December 2016, Kampala will be awakened by the alert from the US authorities indicating the plan of attack mounted by Kigali and Kinshasa against Uganda. Cascade investigations will immediately reveal the alarming degree of infiltration of Rwandan and Congolese spies into security and communication in Uganda. Evidence of the beginning of the execution of Kagame’s plan to destabilize and disturb the Kampala regime was also visible: targeted assassinations against dignitaries in the capital, kidnappings, attacks at home or en route; In short, all indications of the transfer of terrorist actions sponsored by Rwandans in eastern DRC (Beni and Ituri) were clearly
visible on Ugandan soil. The telecommunication service of MTN, through the French Olivier Prentout and the Rwandan Annie Bilenge Tabura, has been instrumentalized to spin the communications of the top authorities in power in Kampala, up to the President of the Republic. The two wrongdoers were expelled from the country after being unearthed.

5. The Kinshasa regime collaborated on the Kagame plot

Finally, the biggest scandal in this story has been the arrest of Kigali’s chief collaborator in the person of Ugandan National Police Inspector General Kalle Kaihura as he tried to flee to Rwanda. An extensive network of dual agents was then detained within the Ugandan National Police, several of whose officers were also arrested. It is necessary to underline the evidence of the Kinshasa power’s involvement alongside the Ugandan traitors used by Kigali against President Museveni and his regime. Among the Congolese military officers of the FARDC arrested in the same circumstances in Kampala, it is worth mentioning General Kakolele and Col Pacifique officer of the Presidential Guard.

Kabila and Kagame wanted to hide from the world this genocide that decimated lives in Beni by accusing the ADF. The fact that Museveni openly acknowledged and denounced genocide shocked them.

7. Rwandans flee their country and prefer to settle in Uganda

There are more and more displaced Rwandans leaving Rwanda for Uganda because of the closure of the common border between the two countries. The life of the Rwandan peasants is severely affected by the consequences. It should be remembered that Uganda is characterized by its hospitality which has attracted more than one million refugees from its neighbors to its national territory.

From what precedes, it is necessary to understand more the genesis and the root causes of the current tension between the two brother countries. Kagame is totally carried away by the craziness of grandeur
and thinks he can walk on anyone. It does not remain however less aware of its ultimate fate. After committing so much crime in the DRC, he tries to distract opinions by creating conflict all around him under the pretext of defending himself against the protectors of his country’s rebels. The accusation pointing Kampala as a supporter of
the FDLR and RPF dissident, Kayumba Nyamwasa, is simply dishonest and hypocritical, when there is the necessary evidence that these two Rwandan rebel groups are rather maintained on Congolese soil, in North Kivu. in South Kivu, by the Kinshasa regime, in addition to instructions from Kagame himself, to serve as an alibi for the eternal presence of Rwandan government forces in the DRC.