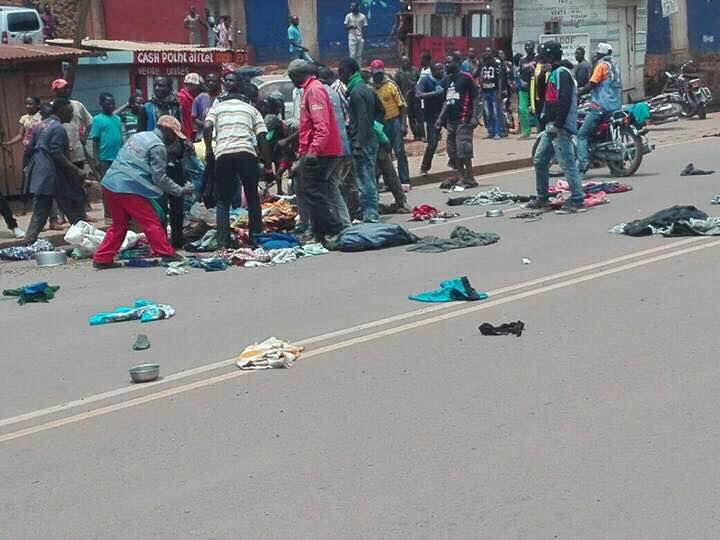 The DRC is already a Republic of the jungle!

A policeman is burned publicly in broad daylight by the population in Bukavu. Horrible and unbearable to see. Yet the fact is real. Under the wrath of anger, the people took the audacity to do justice in the most cruel manner that could not be counseled or encouraged anywhere in the world.

The event takes place on the morning of September 26, 2017 in Bukavu, the capital city of the province of South Kivu, in the Democratic Republic of Congo. The tension was already visible for some time among the population increasingly exasperated by the insecurity that took the elevator in the city of Bukavu and its surroundings. In many cases, the responsibility for these crimes rests with the police.

The trigger of the tragedy of this morning falls within the framework of this same phenomenon. The population had gone out to demand the release of two people who had been abducted. An element of the police fired mortally from his gun on two civilians who had gained momentum in this complaint. As a result, the raging mass rushed upon this agent of the murderous order. The popular verdict was without appeal: the criminal policeman was burned alive in an outdoor tire.

What other extraordinary evidence would be sought to understand that the country, as an institution, is already dead? How long will it take Congolese to understand that Joseph Kabila, who is the main obstacle in national life, is also cited in the « past » on the political stage by the entire international community, considering the sabotage he has in front of the United Nations forum on the occasion of the last General Assembly of the United Nations? No one considers Kabila as president, apart from the Congolese themselves, who nevertheless pretend to lament and complain of him in absolute passivity.

Nevertheless, what happened in Bukavu by this popular act is a warning to be taken seriously by this regime, which believes that its terrorist character will be able to keep the people eternally under its servitude. There is indeed reason to fear that Joseph Kabila himself will be licked very soon as much as this poor policeman who has to pay the price of the execution of the badly given orders. And it will certainly be the same for all the flocks of his regime …

This horrible scene is accessible by clicking here. But we discourage the sensitive heart from carrying curiosity.