The Imbonerakure (Burundian militia) in Beni among the ADF!!! 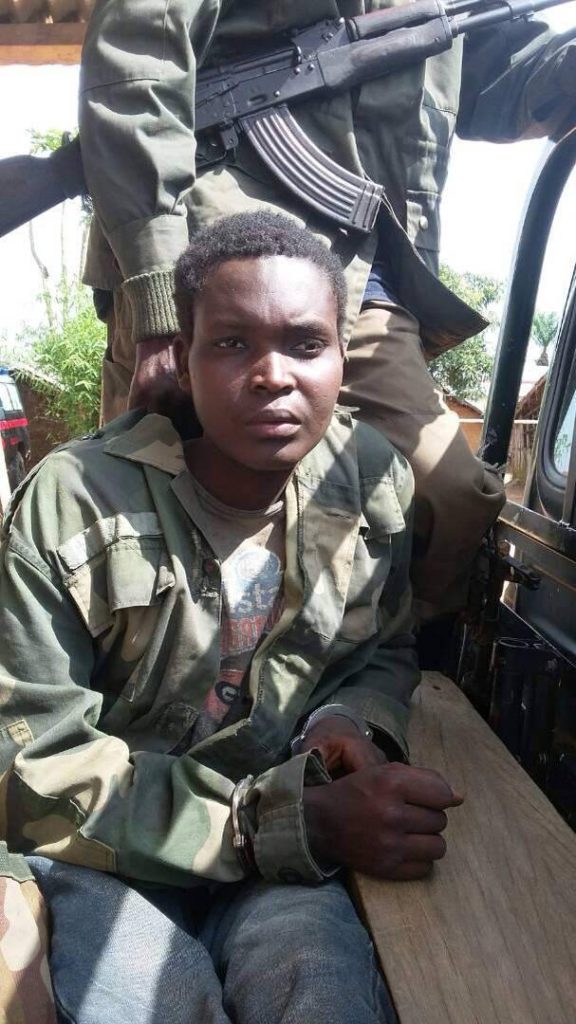 The FARDC of Operation Sokola 1 captured on November 21, 2017 a slaughterer who delivered a new revelation but at the same time surprising and troubling. He makes himself known as a Burundian subject, a member of the Imbonerakure militia. However, the local authorities do not give him enough chance to publicly justify the fact that Burundian militiaman that he is, in addition captured among the killers supposedly called « ADF », he is dressed in military uniform FARDC. It is hoped that justice will help to understand more later.

Nevertheless, the memory-minded people can remember that the irruption of the Imbonerakure in Beni is a fact that has been well and truly prepared for some time. Indeed, just recently, during the attack on the city of Uvira by the coalition of militiamen headed by General Mai-Mai Amuri Yakutumba, opinions learned two things:

On the one hand, concordant information has indicated that elements of the Burundian militia close to the presidential movement of the Burundi non Imbonerakure had joined massively the rank of these rebels. MONUSCO had confirmed the fact carefully. At the same time, the investigations discovered that the arsenal of war used by the Yakutumba rebels had also passed through Burundi, at the same time that a considerable number of the said outlaws were Congolese. Joseph Kabila’s politician had sent for training to the Burundian Imbonerakure to gain experience in the massacre of civilians.

On the other hand, still on the occasion of the attack of Uvira, the government of Kinshasa betrayed one of the secrets of its entrails by extrapolating that the islamist terrorism threatens both the region of Uvira and that of Beni. He had delivered to the public that terrorists ADF of Beni would share a same sector with other Islamists who would threaten the Uvira reign. Is this not an effort to prepare the mindset of those interested in the tragic situation of Beni to welcome a day without a doubt a possible discovery of Imbonerakure in Beni? Because they had just been connected to the murderers of the great North Kivu.

Otherwise, how did Imbonerakure find themselves in FARDC military uniforms? How did they proceed to leave Burundi and Uvira to meet in Beni? Who stimulated this mutation? For what interest? Certainly, the Congolese government will be able to answer all these questions one day.

Thus, we know with more or less certainty that the famous alleged ADFs active in the massacres of the innocents in Beni are composed of an amalgam of groups of individuals of very different origins among which Rwandan refugees expelled from Tanzania and then transferred by the Kigali-Kinshasa duo in North-Kivu and Ituri, elements recovered by General Mundos from the residues of the real ADFs, Ugandans recruited by these ADF agents from Mundos, Burundians, Kenyans, etc. acquired for the job (massacre of the natives) according to the opportunity met on the way of recruitment led by the secret service of Mundos and collabos.

« It is thus understood the grave danger of any extension to the power of Joseph Kabila. Congolese worthy of the name must reject any form of transition. Indeed, given what is happening in Kivu- Ituri, any transition beyond December 2016 would allow time and resources to the Congolese government which is, obviously, an accomplice of the Rwandan occupation of Kivu-Ituri in progress » (Father Vincent Machozi, March 19, 2016, speech that earned his murder the next day)