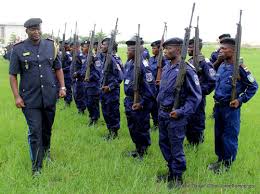 The murderers in the police of Beni, the result is already there: the terror inaugurated!

Posted in Les Dépèches By BLO On septembre 9, 2016

We will not have had to wait a week after the announcement of the reinforcement of the arrangements of the Police in Beni, to finally be convinced the murderers of our people are actually transferred from the bush into our cities.

Indeed, after the increased staffing of the Police, as announced by its General Inspector Charles BISENGIMANA in just a week, insecurity took the elevator in a blink of an eye in the town of Beni.

– On the evening of September 6, 2016, they stunned the town of Beni with bullets crackling to cover a series of break in operation: they scooped phones and money in the Matonge neighborhood.
– On Wednesday, September 7, 2016, they shot to death a 14 year old girl in the district of Boikene, and took away an amount of 4,500 US dollars ripped from Mr. KAMBALE LYAVUNDA in the same neighborhood.
– On Thursday, September 8, they marked their return to Matonge shooting at a FARDC soldier and in Kiosks with the sole objective of pillage and to terrorize. This account is committed this time just 200 meters from the residence of the Mayor of the city.

The testimonies from the victims of this barbarity are lucid: these are men in uniform of the Congolese National Police that are authors of these crimes.

All this dated September 6, 2016, when the locals found flows of police who suddenly invaded the surrounding, without one knowing where they came from and what path they used. Besides, this dark mystery was immediately denounced by BLO edition from 07 September under the title
Beni Genocide Joseph Kabila orders BISENGIMANA to infiltrate those who commit genocide in the national police in the Great-North.

Thus, we understand the real background of the discourse of the Inspector General that implicitly announced the arrival of terrorists in the walls of our towns and cities. General Bisengimana, who was until now absent from the scene accomplices of torturers-murderers, has just demonstrated in his own way how the regime is determined to decimate civilians in Beni. Yes, these pseudo-police will have the « trigger-happy » against our peaceful civilians brothers and sisters, because that is the mission to which they were sent among them.

But all should know that the people are not fooled!

« It is thus understood the grave danger of any extension to the power of Joseph Kabila. Congolese worthy of the name must reject any form of transition. Indeed, given what is happening in Kivu- Ituri, any transition beyond December 2016 would allow time and resources to the Congolese government which is, obviously, an accomplice of the Rwandan occupation of Kivu- Ituri being  » (Father Vincent Machozi, March 19, 2016, speech that earned his murder the next day).