The object of the mission of the Governor of North Kivu in Nairobi: recruitment of rebels !!! 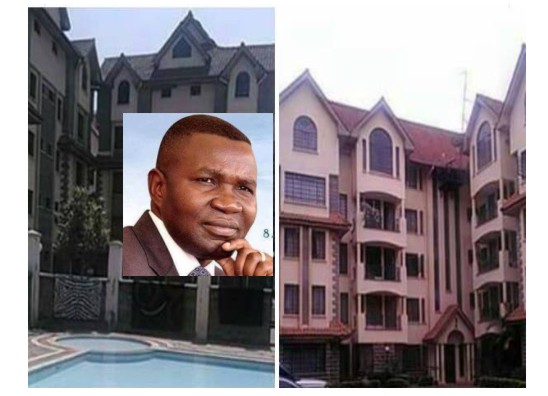 The object of the mission of the Governor of North Kivu in Nairobi: recruitment of rebels !!!

The absence of Mr. Julien Paluku Kahongya, the Governor of the province of North Kivu, from his post in Goma is already extending for at least three weeks. The provincial authority had left Goma for Nairobi (Kenya) with a travel permit formally mentioning the reason for medical care. After spending about two weeks abroad, Julien Paluku organized a jump to Goma and Kinshasa for only three days, then returned. He had come to make the preliminary report of his secret mission to his boss (Joseph Kabila) while taking advantage of refueling in the treasury of which he has the key.

In the meantime, officials of the provincial government are already two months late in paying their wages. It is from this that many speculations arise. Also some people mistakenly believed that the Governor would be fleeing to escape many problems that break his head in his province.

Today BLO’s investigations have uncovered the whole truth that lies around the long stay of Julien Paluku in Nairobi. It is somewhat a scandal, but our services are obliged to reveal it to the public for the supreme good of our people and the Nation.
Indeed, the Governor of North Kivu Province continues to stay in Nairobi as part of a secret mission with several spans:

The Governor has a mission of extreme urgency entrusted to him by President Kabila. This is to complete the destabilization planning of the East of the country using the potential of the former rebellion of the M23 in alliance with puppets that were acquired to this cause among figures from the armed groups of the great North- Kivu. Nairobi was considered a safe place to shelter and contain the secret of the reunion of Julien Paluku with Kakolele, Richard Bisambaza and John Tshibangu. For the similar meetings that this governor once organized during his passages in Beni and / or Butembo were not long in being discovered at once.

The big plot underway to worsen the desolation in the eastern DRC is at the level of the Daikyo / Chania Apartments, where Julien Paluku himself is housed at the last level at his A5 number. It is there that he holds his black Mass in the company of Bisambaza, a deserter colonel of the FARDC, who has become one of the main actors of the massacres of Beni, Kakolele Bwambale, the ruling man of power in Kinshasa serving disasters in Eastern Democratic Republic of Congo, and John Tshibangu, a deserter colonel of the FARDC, who is still permanent in the pro-Rwandan rebellion programs that destabilize the country from the east.

The worst of all is the recruitment of terrorist mercenaries!

The Nairobi site has another advantage for the pro-government circle meeting of the DR Congo destabilization project: Its proximity to the environment of the terrorist world of the Horn of Africa sweeps across Africa from the East from Somalia and other Muslim backgrounds. Unfortunately, it is to these terrorists that the power of Joseph Kabila carries envi. Julien Paluku and his aforementioned collaborators are in the midst of a terrorist recruitment campaign that Kabila needs to install terror in the city of Kinshasa and other well-targeted cities across the country, with a particular leaning on the agglomerations being in its eastern part. The project of recruitment of terrorists by the political enterprise of Kabila is not a new fact in the repertory of publications of Benilubero Online which recognizes to have repeatedly alerted the opinions on this subject.

Not to dislike those who, from fanaticism or excess of confidence, would suspect the veracity of such a criminal mission on behalf of a Provincial Governor under the impetus of the Head of State himself! For a fact remains undeniable: all the evidence of its working sessions with the above-mentioned criminals at the aforementioned address in Nairobi / Kenya provides an irrefutable confirmation of this. The Congolese people in general, and the people of North Kivu in particular, should draw all the necessary consequences from these facts, with a view to defining an appropriate mode of behavior to defy such a satanic project without delay.