The unspoken of the massacres of Bwalanda (Rutshuru) in the night of December 20 to 21: The hidden hand of Kinshasa 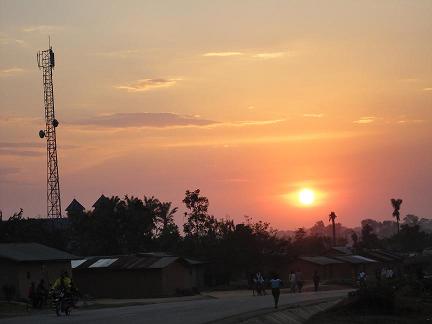 A very heavy account: 43 dead (some killed with the machete and others slaughtered), 141 wounded and more than 580 houses burned in the night of 21/12/2016. No age was spared: children, women, old people. They are mostly Nande. The mode of operation is that adopted by the slayers of Beni.

A vengeance of the killings of Luhanga?

The perpetrators of the killings of the night of the 21st were well identified: they belong to the malice Nyatura which reigns supreme in the territories of Rutshuru and Masisi. A priori these massacres sound like a vengeance, following the Hutus killed less than a month ago in Luhanga the night of November 27th. As a reminder, a few hours after these events, the Hutu community and subsequently relayed by international chains had finger-pointed Mai Mai Mazembe considered falsely as a militia of the Yira community (Nandes). After investigation and benilubero is ready to prove it, this militia is actually a militia maintained and financed by Kabila itself via certain dignitaries and originating from North Kivu. The objective is to accredit the thesis that the Nande people is tribalist and genocidal! But behind this thesis is actually the implementation of a plan of invasion of the Far North by the Rwandan Hutu refugees, notably the FDLR. If there are conflicts, it is not between the Congolese, whether Hutu or Nande. It is between the indigenous people and the Rwandese refugees that they would like to pass for Congolese without following the laws of the country, making them customary chiefs, and expropriating the natives of their lands!

Who are the Mai-Mai Nyantura, responsible for the crimes in Bwalanda?

This Nyantura is a militia of former Governor Eugene Serufuli Ngayabaseka and currently minister of Joseph Kabila. It dates back to 2002 and was presented by Serufuli as a Hutu People’s Self-Defense Force, funded by an NGO called All for Peace and Development TPD as a single. It will change its name in 2010 to become May Mai Nyantura. They occupy almost the entire territory of Rutshuru. Their base is in the Binza at a few tens of Kilometers from Kisharo to Vusesa and Nyamitwitwi, passing by Mulembwe. On the ground, the FDLR constitute their main ally. They would have more than 6,000 fighters today. Their main target is the ethnic nande. They are made up of several criminal gangs and are responsible for several Kidnappings and massacres in Nyamilima, Kisharo, Ishasha and Nyakakoma, the most spectacular of which were those of Buramba in 2003 and which cost life more than 379 Nandes and Binza in 2015 Where more than 226 Nandes were assassinated.

This alliance between these militias and the regime means that the massacres of the Hutus are more decried and mediated by the media than those of the Nandés.

The media immediately presented these massacres as a vengeance for the killings of Luhanga.

But no one has paid any attention to the real motives of human rights activists and local authorities. These massacres are to be understood in the context of the elections that will take place. Serufuli and his sponsors would like the elections to take place when on the ground the Hutu ethnicity prevails over the Hunde and the Nande. This would give them every opportunity to be elected and to establish their policies in these territories, even in the whole of the Far North and in Ituri. The Beni massacres would have the same motive. As no one knows, Today Ituri has more than 68,000 Rwandan Hutu families and former refugees in Tanzania. Most have already received the Congolese voter card and will thus be voters in the next election. Their voices will count double and allow foreigners to reach positions of responsibility and subsequently to claim « independent » territories.

An interpellation to the politicians, in particular to our brothers and sisters of the Oust of the DR Congo

The politicians of the DRC must learn to know their country and to love it if they want a unique and prosperous Congo. It is inadmissible that they ignore the hidden reasons for the sufferings of the girls and sons of the country and have only political ambition to share power.

It is not for nothing that the nanded community has always demanded an international and independent investigation for the east of the DR Congo. And it is not surprising that the regime has always opposed it.

The future of the country depends on this international and independent investigation and the credibility of any regime will depend on the support it gives to this investigation! Authors and accomplices, however obedient they may be, must be brought before the law and declared to be excluded from any official function of the State.