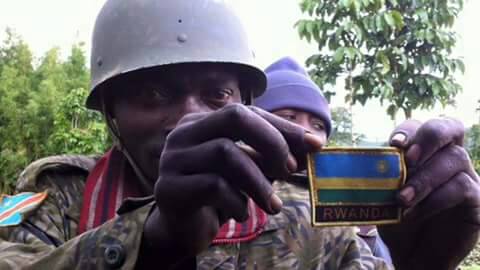 The whole truth about the assassination of Tanzanian peacekeepers: A signed attack by FARDC

The attack of the peacekeepers’ camp that took place on December 07 on the Mbau-Kamango road, during which at least 15 peacekeepers were killed and several other wounded, continues to raise anger and indignation both in the national opinion and the international.

As you followed on the air, a few hours after the events, there were many statements that far from informing the opinion on the identity and objectives of the attackers raised questions and doubts.

In the hours to follow, the spokesman of the Congolese army affirm that the FARDC are pursuing the enemy and that in this attack and in the counter-offensive that ensued, 72 attackers were killed. However, since the cessation of fighting, so before the arrival of the Monusco, no fight has been reported in the area and that until today. And no body of an assailant was exhibited; no captives were presented.

As for Monusco, it speaks of 53 wounded, 14 Tanzanian peacekeepers and 5 FARDC killed and 3 missing. We are learning while we are closing this article, that one has just been found.

A day later, a high-ranking FARDC officer of Operation Sokola 1 claims that this attack is the result of several chains of command and denounces the existence within the FARDC in Beni of units that escape the official command of the army but which depend on a parallel FARDC network.

Benilubero is able to deliver today the true version of the facts. These were revealed to him by one of the protagonists of this attack themselves


The FARDC officials whose camp is based near the base of the peacekeepers Camp, more or less 700m away, phone that they will send soldiers to fetch food, as they are used to doing.

Around 17:30, they call their partners to announce that they are en route. A few minutes later, they arrive at the edge of their well-identified vehicle known to Tanzanian peacekeepers. They are around 35. They are familiar with the configuration of the camp. They are used to going there to refuel. Those who stand guard recognize some of them. They let them in. Everything is going fast! While one of those on guard is calling his superiors to warn them of the arrival of their « friends », the vehicle stops in the middle of the camp. A group of 5 or 6 goes towards the structures of communication, passes immediately to the attack and in the blink of an eye all the structures of communication are destroyed and all the camp is under attack. The peacekeepers are more trained than the attackers. They manage to repel the enemy. Moments later, another FARDC group arrives while the peacekeepers continue to repel the attackers. Great surprise! The peacekeepers note that the Fardc arrive to reinforce the attackers. This reinforcement will continue until dawn. Whenever attacking Fardc units feel weakened, others come to replace them. To believe a FARDC soldier who has just contacted Benilubero newsroom, while the fighting continues, Colonel Papy Kasongo, the head of the FARDC regiment, will constantly communicate with his superiors and tell them that the ADF have tried to take the camp of the peacekeepers but that everything returned in order a few minutes later.
Thursday, December 08, 2017


Monusco is alerted in the early hours that one of its camps was attacked at night. Without delay, it sends a reinforcement. The consternation is total on arrival. Injured people moan in the bush. Lifeless bodies are strewn everywhere: 14 Tanzanian peacekeepers and 5 Fardc killed, among whom we can identify 3 Rwandans. The camp is literally looted. All materials and food were taken away. But no combat is reported in the area and no body of a so-called ADF-Nalu is found. Injured people testify and the facts speak for themselves. Monusco is very embarrassed. It will limit itself to giving the human balance sheet.

A complicit silence from the government

Why do the FARDC attack the Tanzanian peacekeepers?

Since the Beni massacres began, it is important to remember that it was the Tanzanian peacekeepers who paid a heavy price. This is not a coincidence. They are victims of their government’s determination to put an end to the chaos in eastern DRC. Yes, it is thanks to the support of the rapid intervention force of the Monusco composed mainly of Tanzanians that Colonel Mamadou pulled the M23 out of the DRC’s borders. This defeat was never digested by Joseph Kabila and his partners who, the day after this defeat, began to mount strategies of revenge. The determination of the Tanzanians did not stop with the defeat of the M23. It was also they who discovered, in full fighting against the alleged ADF-Nalu in the vicinity of Eringenti in December 2015 that they were fighting against a coalition FARDC-Rwandan military disguised and supported by some elements of the MONUSCO.

Today the M23 has recovered. Many of its soldiers were reintegrated into the army by Joseph Kabila and deployed in the Beni territories, especially in the so-called « death triangle », from where he intends to plunge the whole country into chaos and thus send the elections back to Greek calends. Joseph Kabila did not forget the defeat that the Tanzanians inflicted on his M23 allies. He does not want to relive this experience. And for that, he gave the order to make them leave before acting out. Therefore, you understand why so far, the Congolese government has remained silent and has not presented any words of condolence either to the Tanzanian government or to the families that have suffered. The attack on the Tanzanian peacekeepers’ camp should not be seen as an act of revenge but the beginning of a war that Joseph Kabila is determined to launch before December 21, 2017. All batteries are already in operation. Benilubero promises its readers to deliver all the information on this subject in its next editions.

Tribute to the Peacekeepers and the Tanzanian Government

Benilubero can not complete this article without saluting the Tanzanian government’s determination to endorse the Congolese people’s fight against the forces of evil, no matter how much they pay. We hope that this attack will not discourage him but will lead him to reinforce his troops in our country to carry through the fight for which his daughters and sons are shedding their blood. Hats off!