Urgent!! 15 people kidnapped, another already cut with a machete in Kibirizi … 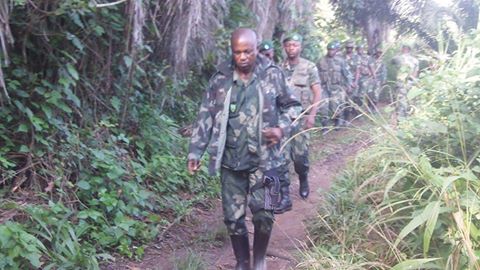 A dramatic situation occurred in Kibirizi on Good Friday on 14 April 2017. Kibirizi is a town in the north-western part of the Rutshuru territory in the North Kivu province of eastern Democratic Republic of the Congo. A community church choir of the CBCA (Baptist Community in Central Africa) has seen its 20 members fall into the trap of an armed group not yet identified, but presumed to be a faction of Militiamen Nyatura and their allies, given the way in which these militias have become increasingly master of the terrain in the western part of Rutshuru territory.

On the inventory, there were fifteen persons abducted and who remain missing up to the time of writing; a person was cut with a machete on the spot; while four others managed to escape from the hands of their captors.

The manner in which the machete-cut victim was treated inspires a well-founded fear for the life or treatment of the other fifteen who have been driven into the bush by the assailants.

It is extremely urgent that the Armed Forces of the Democratic Republic of Congo (FARDC) and MONUSCO immediately organize prosecutions behind the assailants who are only prowling in these areas without being hounded or harassed.

Indeed, this alert is only a follow-up in the series of warnings on the state of violence and insecurity that wins the Kibirizi-Bwito-Nyanzale department, with a connotation of inter-communal conflicts taking on a more warlike aspect Interethnic: it is observed that the Nyatura militia supported by FDLR fighters, all of whom constitute a Hutu bloc, is arrayed in battle against the other communities, namely the Hunde, Nande and Nyanga. Administration and security at all levels are doing little to curb this phenomenon. On the contrary, malicious politicians, who are well known to the environment and often influential with the regime in power, take pleasure in stirring it up.