Why is our aid minister cosying up to a Rwandan dictator? 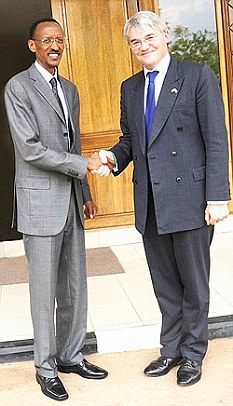 A Cabinet minister was accused of ‘turning a blind eye’ to human rights abuses last night after it emerged he will hold talks with a Rwandan dictator accused of war crimes.

Handshake: Andrew Mitchell and Paul Kagame at a previous meeting

Mr Mitchell also recently approved a 57 per cent increase in aid to – a rise which will see giving a total of £332 million to the central African state over the next four years.

Last year the United Nations published a damning report alleging appalling war crimes by the Tutsi army in 1995, which was led at the time by Kagame.

The president has also faced mounting allegations about the repression of opposition politicians and journalists.

He held on to power in last year’s elections after securing an astonishing 93 per cent of the vote – a result critics accuse him of achieving through brutal repression and silencing opponents.

Aides last night insisted Mr Mitchell who is in to take part in a Conservative Party community project, had a ‘candid relationship’ with the president and would raise the issue of human rights.

But campaigners last night urged him to fundamentally review ’s relationship with .

Carina Tertsakian, senior researcher at the Human Rights Watch group, said: ‘For too long, ministers have turned a blind eye to grave human rights abuses in .

‘While Andrew Mitchell lauds the ’s development partnership with and participates in media-friendly community projects, the government in [the capital] represses opposition parties, intimidates independent journalists and refuses to hold accountable members of the Rwandan army who have committed war crimes.’

The Tutsi army is alleged to have carried out the mass rape and torture of Hutu civilians in the eastern in revenge for the massacre of up to 800,000 Tutsis during three months of bloodshed in 1994.

Last year, the two main opposition parties were banned from standing in the elections while independent journalists were locked up and their newspapers closed down.

The elections were further marred by the mysterious deaths of some opposition politicians.

Mr Mitchell met Kagame in in 2009, before the critical UN report.

Mr Mitchell was leading the Tory Party’s Project Umubano to help people in the country.

Supporters of Kagame – who include Tony Blair – insist his record has to be seen in the context of his country’s war-torn history. Mr Blair has described him as a ‘visionary leader’ and a ‘great friend’.

A host of world leaders have also beaten a path to his door over the years, including Barack Obama, George W Bush and David Cameron, who was expected to hold talks with him again last week before his tour of Africa was cut short so he could deal with the phone hacking crisis.

But the publication of the UN report – and the suggestion that he could be indicted for war crimes – has increased international concern.

A spokesman for the Department for International Development last night said: ‘The Secretary of State is due to have an official meeting with President Kagame.

‘He will be raising all issues of interest to as part of our candid relationship.’

Monster behind genocide and rape squads by Ian Birrell

Kagame has created what one observer calls a well-managed ethnic, social and economic dictatorship

Women and children – desperately sick and weak after months on the run – were finally caught by Rwandan army commander Papy Kamanzi.

He told them he would give them food and then send them home.

But he now admits he was lying and says: ‘We took them instead into the forest and killed them with a small hatchet.’

Kamanzi despatched scores with a blow to the back of the skull. As the bloodbath went on, his soldiers’ methods became cruder. ‘We could kill more than 100 a day,’ he said.

‘We used ropes – it was the fastest way and we didn’t spill blood. Two of us would place a guy on the ground, wrap a rope around his neck once, then pull hard.

‘The victim’s windpipe would break and they would be strangled silently to death.’

The reason this young commander in an elite unit and father of two young children carried out these horrific massacres of Congolese is simple.

In a chilling refrain, so familiar from the darkest deeds in history, he says: ‘We were ordered to do it.’

Kamanzi’s story should be heard by all Western apologists for the suspected architect of these atrocities, ’s brutal autocratic ruler, President Kagame.

For while world leaders and the aid lobby fawn over Kagame the reality of his repressive regime is becoming clearer by the day.

This is a man who launched a war with neighbouring in 1996 which led to more than five million deaths and tore apart – and has used British taxpayers’ money to silence his critics.

Papy Kamanzi’s death squad was operating in the Congolese jungle, where it was guilty of acts of genocide.

His story is told in Dancing In The Glory Of Monsters, a brilliant new book about the collapse of the by an American author who has spent ten years in the country.

This is a terrible indictment of the Rwandan president who came to power by ending his own country’s bloody civil war in 1994 between the Hutus and Tutsis.

Tony Blair :Advises the Rwandan government and uses Kagame’s private jet – he sent the president a note of congratulations

Following the slaughter of a staggering one million mainly Tutsi civilians in less than a year, Kagame led the army which overthrew the Hutu militias responsible for the genocide and seized power.

At the time he was seen as a liberator. Ever since, he has skilfully exploited international sympathy for ’s tragic recent history to stifle dissent at home and win friends, influence and money abroad.

As huge amounts of foreign aid poured in, he has overseen impressive economic growth, promoted the interests of women and eradicated corruption.

This is the that so beguiles visiting Western politicians and aid agencies – the lush land of a thousand hills, of gourmet coffee, gorilla tourism and hi-tech ambitions.

They believe this nation’s ‘success story’ could be the answer the swelling chorus of critics who question what has been achieved for all the billions of aid money.

But this desperate desire for good news out of has ensured that for too long, too many people who should know better have ignored grotesque human rights abuses. The whiff of hypocrisy hangs heavy in the air.

First and foremost on the charge sheet is ’s long involvement in neighbouring . It has twice invaded, fought proxy wars with brutal militias and profited from the proceeds of stolen minerals.

Mass rape was commonplace. The gruesome lexicon now includes words such as ‘re-rape’ – for women who have been repeatedly raped – and ‘auto-cannibalism’ – where victims are forced to eat their own flesh.

President Kagame should no longer be able to avoid blame despite protestations that his regime was merely tracking down remnants of mass-murdering Hutu militias. 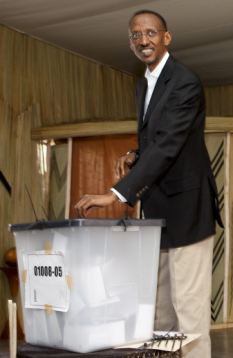 Kagame has created what one observer calls ‘a well-managed ethnic, social and economic dictatorship’. People speak of a climate of fear, where the wrong words can lead to incarceration – or worse.

Last year’s election was a sham, with the regime jailing political rivals and closing newspapers, using institutions shamefully funded by British aid to win with 93 per cent of the vote.

One opponent was beheaded shortly before the election. 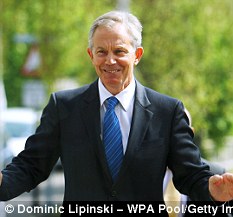 Despite widespread international concern, Tony Blair – who advises the Rwandan government and uses Kagame’s private jet – sent the president a note of congratulations.

As for the Tories, they invited Kagame to address their party conference four years ago after Mr Mitchell had taken a group of party volunteers to .

Now, as international development minister, he remains among the regime’s most fervent supporters.

What makes Mr Mitchell’s visit so shocking is that it comes just weeks after Scotland Yard warned two Rwandan dissidents living in that their lives were in danger from hit squads sent by Kagame’s government.

One of those targets is Rene Mugenzi, a Liberal Democrat activist. He says the Rwandan government ‘wants to kill’ him and he feels betrayed because the British government both refuses to condemn the threat to his life and continues to send aid.

‘Now Mr Mitchell goes out there as if nothing has happened,’ he says.

Meanwhile, there have been persistent reports of murders and assassination attempts of people who have fallen out with Kagame.

Paul Rusesabagina, a heroic Rwandan hotel manager who saved 1,268 people amid the hell of genocide, is one of those who has been declared ‘an enemy of the state’.

He says: ‘I’ll continue to speak out about the need for genuine reconciliation and real peace in our country.’